Titan Fighting Championship officials have announced the lineup for the upcoming Titan FC 53 fight card which will take place on Friday, March 15, 2019.  Titan FC 53’s main card will be broadcast exclusively on UFC Fight Pass and will have preliminary actioned streamed live on Facebook.

Juan Puerta (16-6) will defend his Titan FC flyweight title for the very first time when he meets a familiar face in the scorching hot, Gustavo Balart (8-1). Puerta bested the native of Cuba with a third round flying knee knockout in their first outing one year ago and “El Gladiador” Balart has been looking to extract revenge ever since.

Since then, “Leadfeather” Puerta claimed the organization’s vacant 125-pound title when he defeated Kazbek Ashimov at Titan FC 51 in December.

Balart is coming off a sensational 20-second knockout over Wascar Cruz at Titan FC 52 just last month. He also bounced back from the Puerta loss to earn a unanimous decision victory over Victor Dias last June.

The two rivals engaged in a post-fight altercation at Titan FC 52 when Puerta came into the cage for a face off.

Gregg Ellis looks to bounce back from a unanimous decision loss to Michael Graves that took place on the Titan FC 51 fight card in Kazakhstan.  Ellis faces Giannis Bachar (3-2) of Greece.

Lazar Stojadinovic (12-6) will return to action for the first time since competing on Dana White’s Tuesday Night Contender Series.  The man standing across the cage will be Mexico’s Irwin Rivera (6-4).  Stojadinovic last fought for Titan in 2016 when he picked up a second round submission win over Chino Duran.  The 29-year old Rivera also holds a win over Duran, and is coming off a loss due to injury at Titan FC 48.

Also, Eric Alequin makes his Titan FC debut after earning two victories with regional promotions in Florida during 2018.  He faces the returning Collin Lubberts (3-0) who picked up a first round win by way of ground and pound at Titan FC 48. 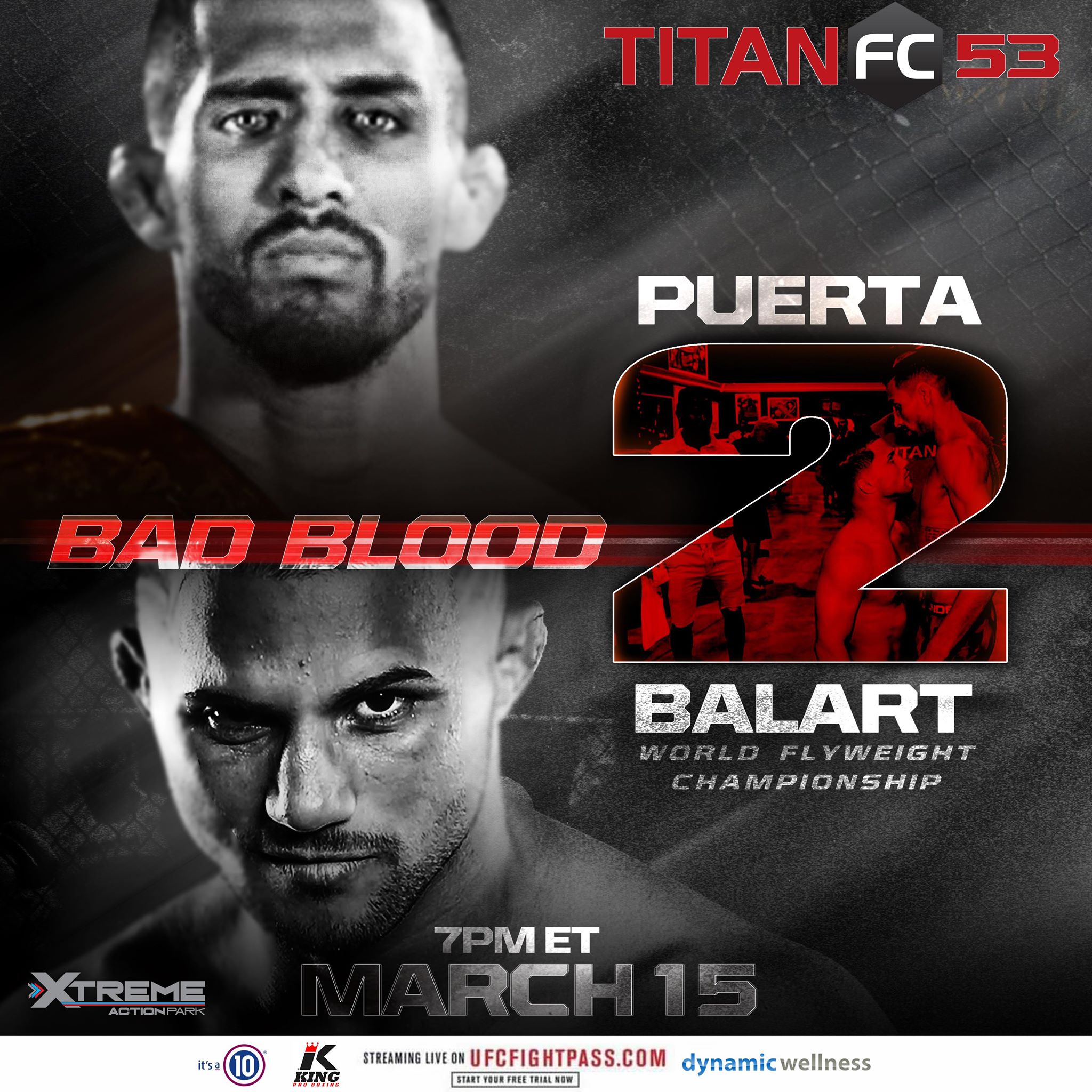