Titan FC has signed a new uniform deal with Art in Motion (AIM), a premium sports performance apparel brand headquartered in Miami with manufacturing facilities in the Dominican Republic.

Beginning with Titan FC 54 on Friday, April 26, fighters and their corners will now be provided with uniformity.

Understanding the importance of sponsorship for individual fighters, Titan FC officials worked with AIM to create an ascetically appealing and professional looking uniform that provides space for a fighter’s sponsor logos.

“As Titan FC continues to grow our brand through a renewed media licensing deal with UFC Fight Pass, international expansion, new forms of combat sports offerings such as Combat Grappling, and major corporate partners such as It’s A 10 Haircare, Fifty States Vodka, Reviver CBD, Dynamic Wellness, Zebra, King Pro Boxing and now Art in Motion, providing our athletes with a premium uniform to compete in made sense as a logical and exciting progression. However, we also understand the value of sponsors for individual athletes and thus have been working with our new partners at AIM as well as our athletes and their representatives to find a balance that works for all parties involved” said Lex McMahon, COO of Titan FC.

AIM (Art In Motion) is a young brand, but owners Leon Barrocas and Sergio Rodriguez have been involved in combat sports and apparel manufacturing for the likes of Riddell and Adidas for more than 20 years each.

“We are very excited about our partnership with Titan FC because Titan is one of the top promotions in combat sports and this validates our product and our hard work. This platform and our relationship with Lex and the Titan FC team will help make AIM a well-known and reliable brand in the MMA world,” Rodriquez said.

Uniforms come in either black or light grey. The fighter in the red corner will get to choose who wears which color.

Each fighter will be able have three sponsor logos on their shorts (one on front leg panel and two on back leg panel) and four on the back of their uniform shirt.

Fighters will be able to have sponsor banners.

Titan FC 54 takes place at Xtreme Action Park in Fort Lauderdale, Florida. The event which will be broadcast exclusively on UFC Fight Pass features two titles on the line.

UFC President Dana White will be in attendance filming ‘Dana White: Lookin’ For a Fight,’ and it is possible that one or more Titan FC athletes will earn a shot on the big stage. 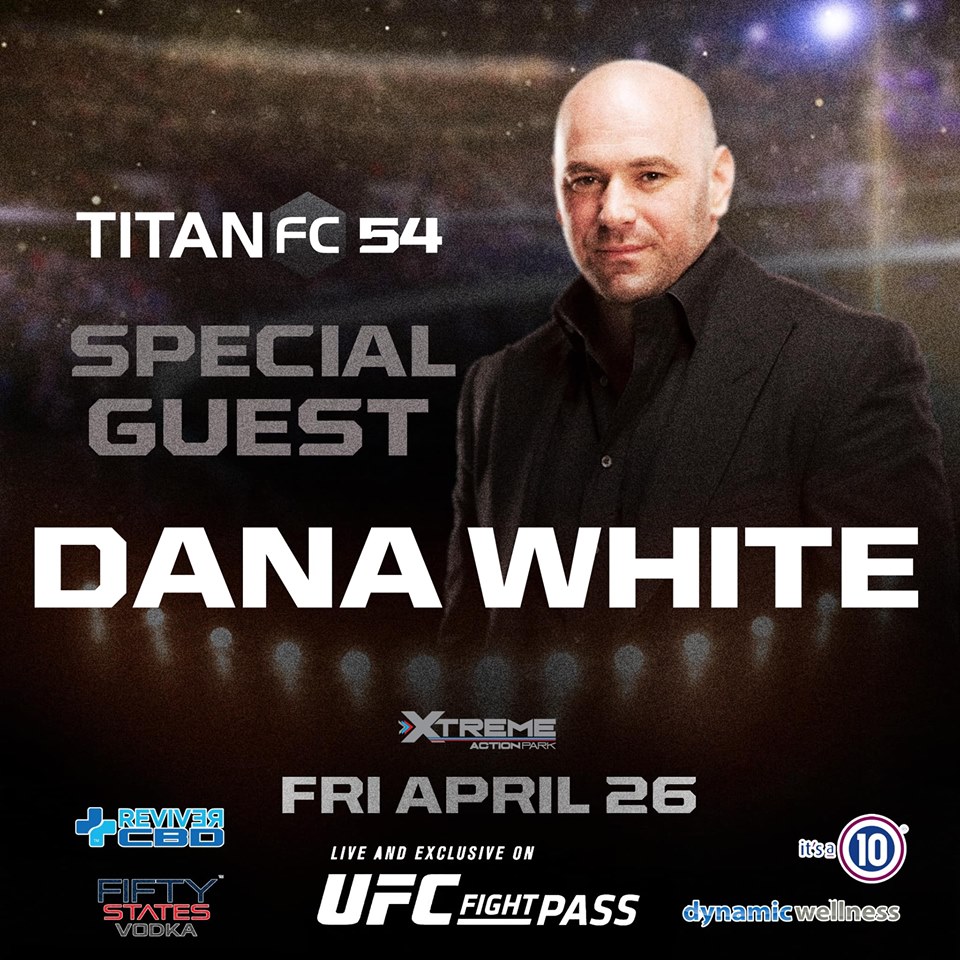 Titan FC is dedicated to establishing itself as a marquee MMA promotion for both up-and-coming and veteran fighters. The promotion established a #FansFightersFirst creed towards providing fans with great, action-packed fights and fighters an opportunity to showcase their skills on a competitive platform. In June of 2015, Titan FC partnered with the UFC (Ultimate Fighting Championship) to showcase past, present and future Titan FC events on the UFC’s digital streaming network, UFC Fight Pass. In doing so, Titan FC is now available to mixed martial arts fans across the globe in over a 150 countries.

UFC FIGHT PASS is available now at UFCFIGHTPASS.com on personal computers, Box One, XBox 360, Apple TV, IPad, IPhone, Chromecast, Android, Samsung, LG Smart TV and Roku. Subscriptions are $9.99 month to month, $8.99 per month for six months or $7.99 per month for a one-year subscription.