Titan Fighting Championship officials today announced that their next fight card, Titan FC 54, will be held Friday, April 26 from Xtreme Action Park in Fort Lauderdale, Florida. The event which will be broadcast exclusively on UFC Fight Pass features two titles on the line.

In the main event, undefeated Titan FC featherweight champion Jason Soares (12-0) defends his belt against number one contender, Anderson Hutchinson (7-2). “The Specimen” Soares is coming off a first finish of Caio Uruguai at Titan FC 52 in January. “Superman” Hutchinson returns to the promotion for the first time since Titan FC 43 more than two years ago where he captured a second round submission win over Bruce Lutchmedial.

The promotion’s interim lightweight title is up for grabs as a pair of Brazilian mixed martial artists look to capture the gold. Rafael Alves (17-9) meets Felipe Douglas (17-4). Alves has two wins with the Titan FC promotion to include a late third round submission over Beibit Nazarov and a decision victory over Guilherme Miranda. “Buakaw” Douglas comes to the Titan FC promotion riding a four-fight win streak.

“We’ve hit the ground running in 2019 with two amazing events already in the books, our third offering will prove to be the most exciting card to date,” said Titan FC COO Lex McMahon. “Titan FC 54 will showcase a slew of undefeated fighters, amazing match ups, and some surprises that will be announced soon.” 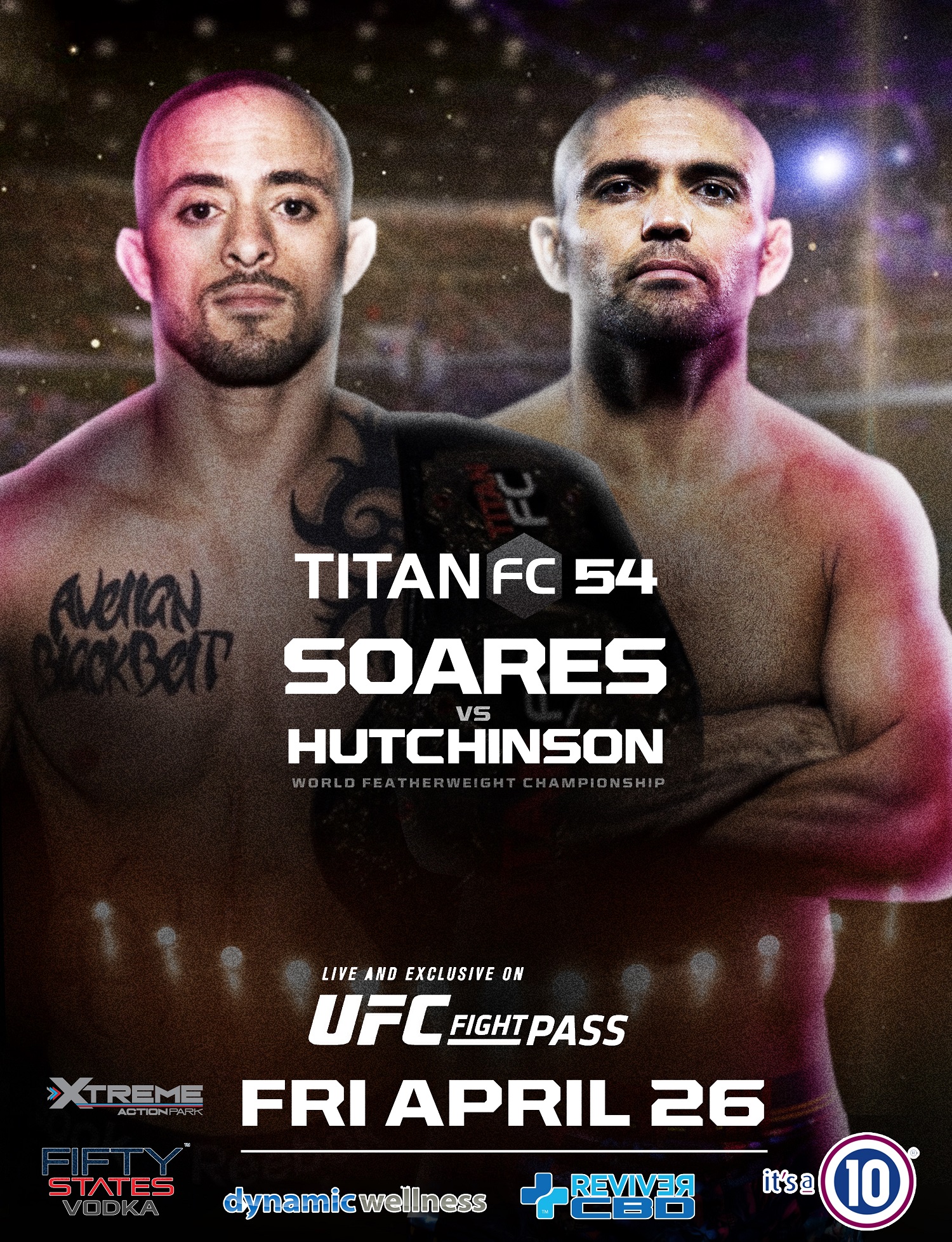