Saturday, July 11 will see the UFC host their highly anticipated pay-per-view card to kick off month of high quality fights. Introducing Fight Island for UFC 251, we welcome the return of international fighters to Abu Dhabi. With three title fights on display, it’s sure to be one of the biggest UFC cards of the year. Petr Yan will look to live to the hype as he faces featherweight legend Jose Aldo for the vacant bantamweight title. Max Holloway looks to make amends as he will attempt to win back his long held featherweight belt against Alexander Volkanovski. Finally, the main event of the evening sees Kamaru Usman attempt to defend his Welterweight crown against one of the fighters of 2019 Jorge Masvidal. Filling in for Gilbert Burns who tested positive for Covid-19, “Gambred” took the fight on just six days notice. Throughout the UFC 251 card, there is more to excite fans besides the title fights. 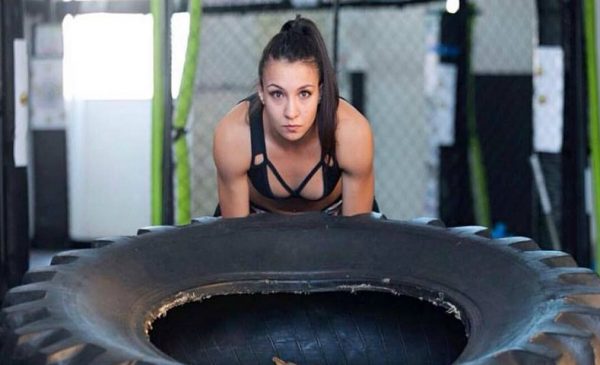 Opening the main card, Amanda Ribas will face Paige Van Zant in a flyweight bout. Since making her UFC debut back in June 2019, she has gone 3-0 in the organisation with an overall professional record of 9-1. Ribas has had her UFC outings in the past at straw-weight but will move up to flyweight to face Van Zant.  Her first UFC victory over Emily Whitmire was impressive to say the least. A dominant performance capped off by a submission in the second round. Ribas’ next two victories would come via decision, defeating Mackenzie Dern and Randa Markos. The most notable strength in the Brazailian’s skill set is her ground work. Her strong wrestling compliments her impressive Jiu Jitsu and Judo backgrounds. Holding a black belt in Jiu Jitsu and Judo, Ribas poses a huge threat on the canvas and in the clinch. Originally she trained under her father Marcelo Ribas, a teacher in Jiu Jitsu, Muay Thai and Judo. Since 2016, Ribas now fights out of American Top Team.

Amanda Ribas was originally meant to face Paige Van Zant in March 2020 for UFC Fight Night: Lee vs Oliveira. Van Zant suffered a fracture in her right arm before the bout, causing her to be replaced by Randa Markos. The two now face off at UFC 251 in Van Zant’s first outing since January 2019, where she submitted Rachael Ostovich. The win brought her professional record to 8-4. Being #15 ranked as a straw-weight, a win for Ribas could see her enter the flyweight rankings.