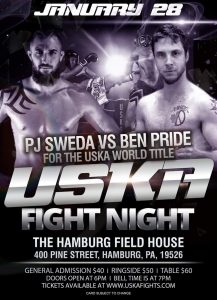 The card is headlined by a USKA world title bout between PJ Sweda and Ben Pride.

One half of the USKA owners/partners, Jen Heffentrager, also serves as the matchmaer for the organization and she tells MyMMANews that the card will include a historic moment in combat sports for the Keystone State.

“The January card is starting 2017 with a powerhouse card of fighters that includes the FIRST PRO FEMALE Thai fights in Pennsylvania.”

Those pro fights include Heather Walker-Leahy vs. Brandice Peltier, and Ilhame Rhaffari vs. Lisa Edinger.

The other half of the owners, Irv Althouse says, “Wow so much I am excited about with this card! I feel I have accomplished the biggest PRO/ AM Muay Thai card that anyone will see in this area!” 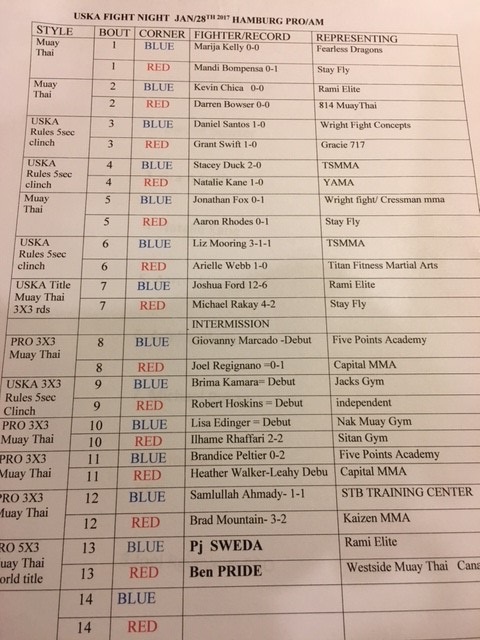 Also on the card, in the co-main event, Brad Mountain takes on Samlullah Ahmady.  Mountain tells us, “This fights means a lot to me. Walking out with a victory here will put me one step closer to fighting for Lion Fight again.”

Mountain is coming off that incredible performance, albeit a loss, late last year against Brett Hlavacek at Lion Fight 31.

Purchase Tickets to the USKA Fight Night by clicking here