Article and video By Trula Howe

After more than three weeks of anticipation, the people of Albuquerque were finally able to greet their darling dual-sport world champion, Holly “The Preacher’s Daughter” Holm. For the first time in the city’s history, a local athlete was not only given a parade, but the Albuquerque City Council declared the entire month of November to be Holly Holm month.

If you think the Council acted like overzealous fans, you would be misled; they were, in fact, acting in sync with the expressed desires of their constituents.  On the eve of the legendary championship bout, it seemed that all of Albuquerque had turned out to fill every venue available; thousands came to the Convention Center, more than 3000 at the Route 66 Casino, and every bar, restaurant, and clubhouse which broadcast the event.  When the “Kick Heard ‘Round the World” landed, the city erupted in joyful exultation and plans were immediately set in motion to welcome back the hometown heroine.

One fan went as far as setting up a Facebook event to greet Holm at the airport, which more than 1500 fans joined, but the event had to be cancelled and all were (slightly) disappointed when Holly’s newfound global fame kept her away from home for weeks longer than all hoped.

Today, an estimated 20,000+ fans and fellow New Mexicans turned up in downtown Albuquerque, for a brief parade which culminated at Civic Plaza.  Holm delivered an impassioned thank-you for all of her team, coaches, management and finally, most of all, her loyal fans, especially those of New Mexico who followed her, cheered for her, and, against all odds – literally – believed in her.
Prior to the event, Holly’s long-time promoter, Lenny Fresquez, asked that anyone attending today’s celebration bring canned goods or other needed items, to be donated to Albuquerque Rescue Mission.  Holm thanked all who brought goods for the mission, then used the opportunity provided by the parade, to also ask for support from her Albuquerque fan-family for her own favorite charity, the Albuquerque Christian Children’s Home.

The ACCH, a program started by the Church of Christ more than 45 years ago, to reach out to children in unsafe or dangerous conditions because of abuse, neglect, abandonment and/or difficult family situations – to remove them from danger and help them heal.

After her thank-you’s, Holm introduced her father, Roger Holm, minister at the Edgewood Church of Christ (hence the name that Holm chose and stuck with, “The Preacher’s Daughter” as well as her long-time involvement in the ACCH). She told the crowd that, not only is her father the Preacher from her fight name, but he also happens to be a licensed auctioneer, and he conducted the auction of three autographed and framed photos from her historic victory.

The three photos auctioned brought in a total of $17,000 for the charity, and naturally, other charities have been clamoring for Holm to lend her voice. A member of Holm’s management said “She has been bombarded for several worthwhile causes, but her heart is with ACCH. I’m sure down the road she may be able to help several.” 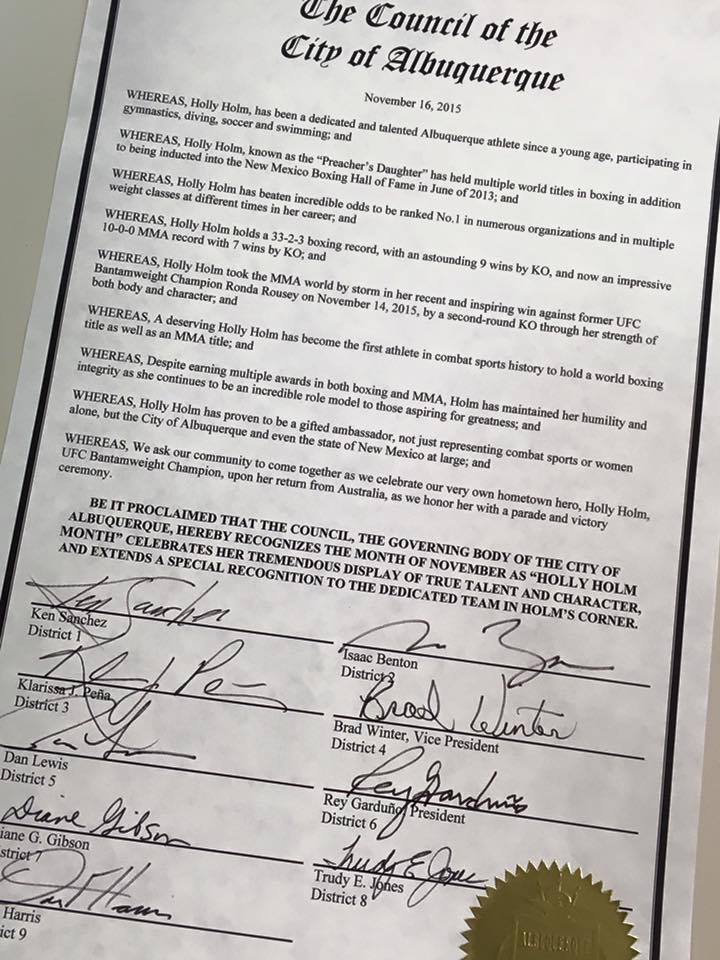 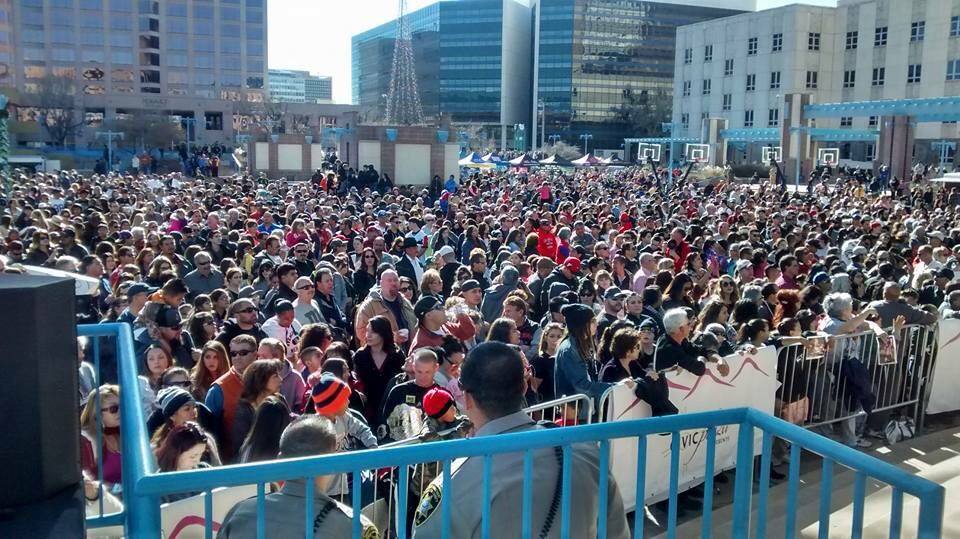