(CNN) The search is on for the next Bruce Lee, and Victor Cui won’t stop until he’s found him — or her.

Lee brought kung fu to the Western mainstream in the 1970s, becoming a global movie star before his untimely death at the age of 32. 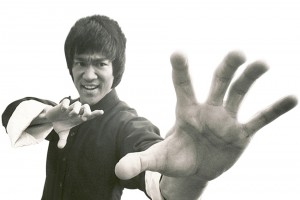 The popularity of his groundbreaking fusion of fighting styles pre-dated the current boom in mixed martial arts (MMA) contests by four decades, and helped the likes of Chuck Norris become Hollywood action stars.

Cui hopes his One Championship franchise — Asia’s answer to Ultimate Fighting Championship (UFC), broadcast to over one billion homes across 75 countries — can unearth the next fight king or queen.

“Everyone watching from across the world wants to know the answer to the question — who is the next Bruce Lee?” Cui tells CNN.

“It has been 40 years since he passed and everybody still knows his name. We’ve got people from all across the world watching One Championship looking for the next big star.

“Asia hasn’t had a lot of homegrown sporting heroes apart from Manny Pacquiao or Yao Ming — but we can have more,” added Cui, referring to the Filipino boxer and the Chinese basketball star.

According to Cui, every great martial artist in the world has come from Asia. Along with Lee, he lists Jackie Chan and Jet Li, who also transcended their Asian fame to star in Hollywood films.