Tickets for the Biggest Night in MMA are On-Sale Now

The Professional Fighters League (PFL) has announced that multi-platinum GRAMMY & Golden Globe nominated recording artist and PFL investor, Wiz Khalifa, will perform live at the PFL World Championship on Wednesday, October 27.  The event will be held at the Seminole Hotel & Casino in Hollywood, FL and broadcast on ESPN networks and ESPN+.

Watch Wiz Khalifa make the announcement in video above

Khalifa, who invested in and joined the PFL in an advisory role before the 2021 regular season, has played an integral role in shaping the brand. PFL has incorporated Khalifa’s music throughout the regular season and playoff events by co-producing original content for fans.

“It is an honor to have a global icon, who is so passionate about MMA, in Wiz Khalifa as part of PFL’s ownership group,” said PFL CEO, Peter Murray. “Wiz is in touch with today’s younger demographic and provides key insight and invaluable collaboration opportunities on a global scale. The PFL World Championship on October 27 will be a special night and we are thrilled to have Wiz take the stage.”

The PFL World Championship on Wednesday, October 27 will feature the remaining two fighters across all six weight classes who look to etch their name in PFL history as world champions and capture the $1 million grand prize.

Two-time Olympic gold medalist, Claressa Shields, will return to the PFL SmartCage after a thrilling MMA debut at PFL 4.  It was there that Shields rallied from behind and securing an impressive third round TKO victory over Brittney Elkin. Shields, a two-sport combat athlete, looks to continue her winning ways and is set to face Abigail Montes at the PFL World Championship. 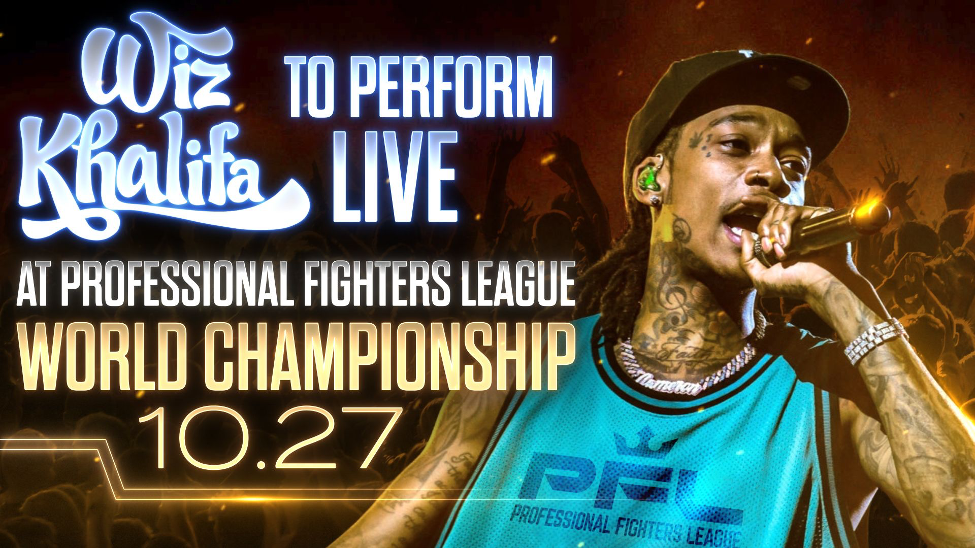