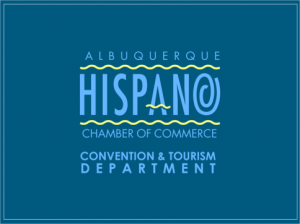 The Pan-Am Congress focuses on structure to continue building the introduction and rollout of the WMMAA worldwide officials licensing and database with more than 56 countries participating in the Licensing of MMA Officials. The Congress will touch on calendar roll out of the first bachelor’s and master’s degree program for Combat Sports Administration.

The PANAM Multi-Media Committee, led by Univision’s Carlos Fourzan, is working with Communications Director Edgar Campos and Fernando Cuscuela, Co-Founder of EveryPost, on the launch of “ENLACE,” the exclusive correspondent network program through communication faculties around the globe. The WMMAA PANAM has a very unique and progressive way by working with areas of government, sports, tourism, education and national defense.
“The Pan-American Congress is about the WMMAA movement,” WMMAA Pan-American Division President Tomas Yu explained.   It is essentially an education movement and it is for this reason that we encourage efforts to promote the development of MMA at its grassroots. The common denominator of every single/standalone marital art is respect, honor and loyalty. The mixture of martial arts shouldn’t be any different.”
The Albuquerque Hispano Chamber of Commerce is located at 1309 4th St. SW in Albuquerque, New Mexico.
“We are honored and excited to be able to host the WMMAA and be part of history once again,” Albuquerque Hispano Chamber of Commerce Vice President Ernie C’ de Baca said.  “New Mexico has been notorious for its fighting champions in different combat sports, but we also have many business champions! Here at The Albuquerque Hispano Chamber of Commerce, we are the camp behind that business champion.”
The Pan-American Congress is held in conjunction with the 2016 PANAM CAMP, where athletes from all of Latin America will be training in Albuquerque from Jan. 27-Feb. 8. Leading the MMA Camp is world known Coach Chris Luttrell (The Fight Authority) and conditioning by Curt Chavez (eVOLV Strong).
For additional information or to inquire about participating in this event, please contact Edgar Campos at press.panam@wmmaa.org.

By James Colwell 10 hours ago