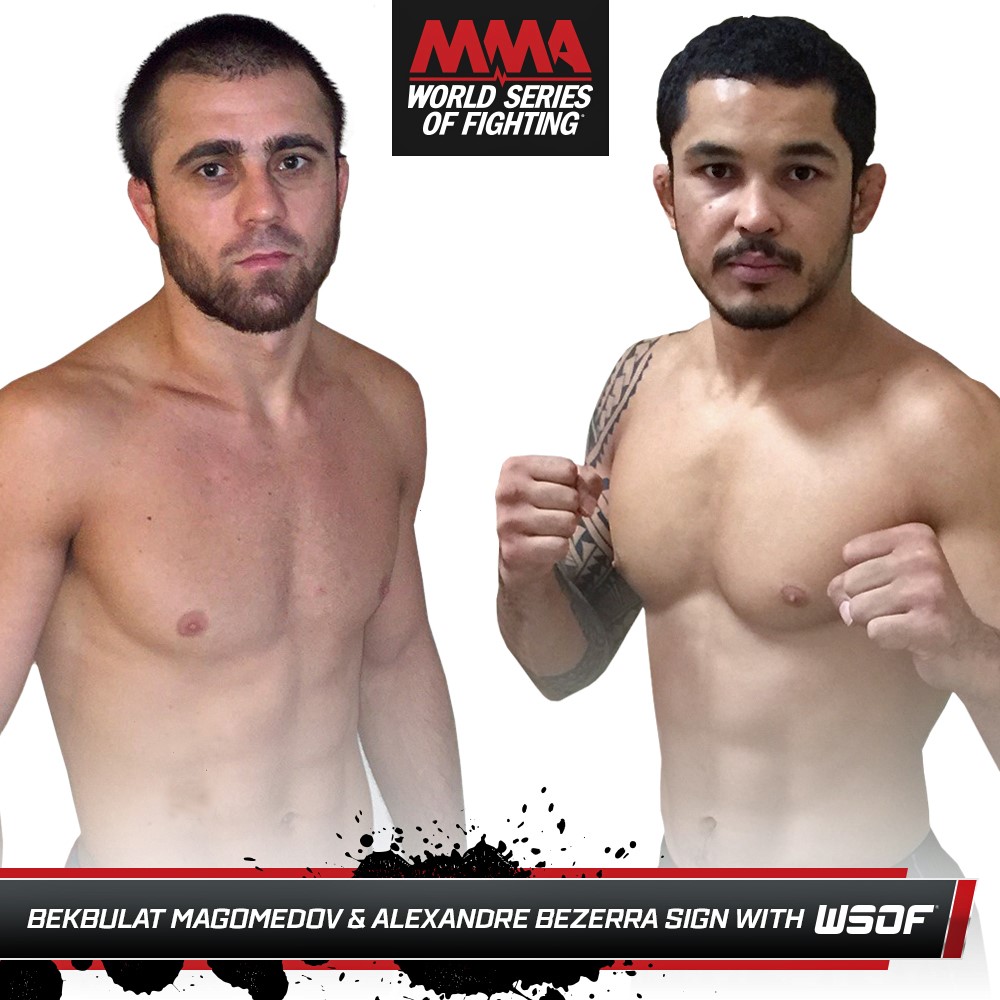 Each fighter’s promotional debut date and opponent will be announced soon.

“We are pleased to welcome Bekbulat and Alexandre to our stable of world-class athletes, and look forward to seeing how they stack up against our mix of talented and accomplished featherweights,” said World Series of Fighting President Ray Sefo.

Fighting out of Philadelphia, Penn., the 28-year-old Bezerra (17-4) of Sao Paulo, Brazil holds a black belt in Brazilian Jiu Jitsu and boasts tremendous wrestling skills.  Eleven of his 17 career victories to date have come by way of submission.

Bezerra exploded onto the MMA scene in 2008, running to a near-perfect, 8-1 record over the course of his first 27 months as a professional before being courted by top tier promotions in the U.S.

Live World Series of Fighting action returns to NBCSN on Friday, Nov. 20, at 11 p.m. ET/8 p.m. PT with the promotion’s first-ever one-night, eight-man tournament in history.  The winner, who will have fought three times in one night, will be named the number one contender in the coveted lightweight division.

By Nate Evans 2 hours ago