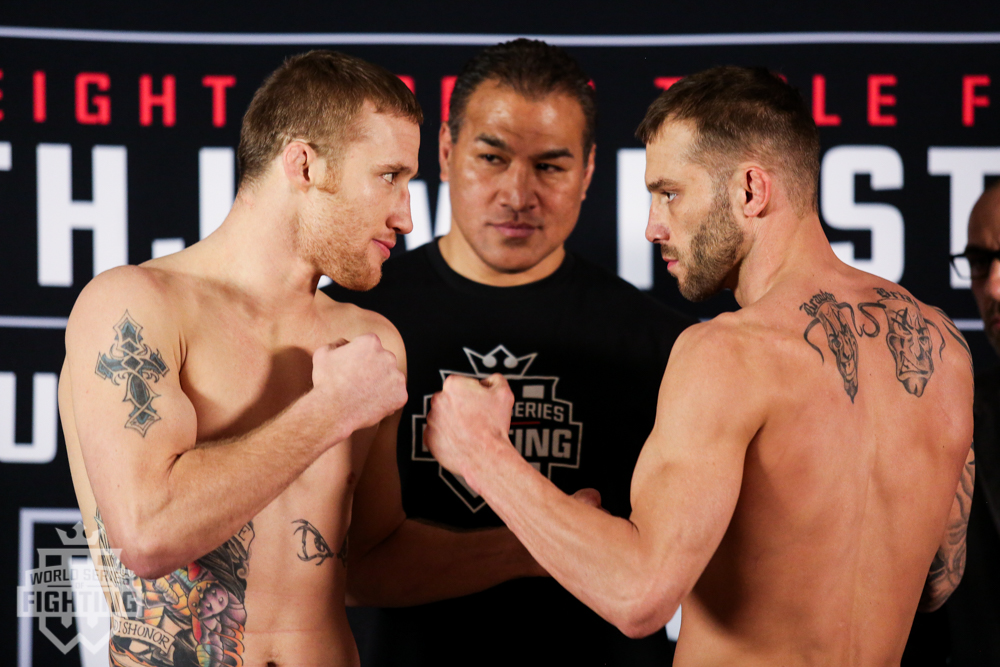 “WSOF 29: Gaethje vs. Foster” is headlined by the lightweight championship showdown between reigning, undefeated kingpin Justin “The Highlight” Gaethje (15-0) and number one contender Brian Foster (25-9).  Middleweight (185 pounds) standouts Cory “The One” Devela (15-6) and Louis “Handgunz” Taylor (11-3) will collide in their respective World Series of Fighting debuts.

The three-fight preliminary card will be streamed live on an embeddable video player on WSOF.com beginning at 8:00 PM ET / 5:00 PM PT on Saturday, March 12.

NBCSN will televise the main card portion of the WSOF29 world lightweight championship at 10 PM ET / 7 PM PT live from the Bank of Colorado Arena in Greeley, CO on Saturday, March 12.