After months of dealing with a worldwide pandemic Covid-19, the world of main stream sports has been at a standstill across the board. Leagues have canceled their seasons, promotions have canceled events, and it has indeed turned into a time that has been very bleak for sports fans.

Although many are living in a current state fear considering the pandemic, Florida has readied the athletic commission in a cavalier approach to “softly” bring sports back to the viewers and fans of “The Sunshine State”

As the saying goes, “the show must go on,” and Xtreme Fighting Nation (XFN) will go forward with their may 30th event which will go on as scheduled. Of course, there will be adaptations to the event, abiding by the guidelines of the government’s quarantine plan (no fans in attendance, all fighters must be tested for the virus, etc). XFN will join the likes of the UFC who successfully held three events last week to be some of the first sanctioned sporting events to take place amidst the pandemic.

In a featured female bout of the evening, the stunning, yet ferocious XFN ring card girl/fighter, Kat Noy Nelson will take on Gloria DaCosta in a bantamweight bout. Nelson, who came up short in her last outing via split decision, says, “My mindset has been completely grappling, wrestling, Jiu Jitsu. I need to be ready for my next fight.” With an already established stand up game, going 4-0 in kickboxing, Nelson has been utilizing her quarantine to bridge the gap between her stand up and grappling arsenal. The scrappy Nelson took the initiative and invited pure wrestlers over to her personal training space to drill and keep her sharp enough to where she feels she “would say it’s (overall skill set) up to par now.”

Get you a girl who can do both 👀 #wcw ——— For XFN 28 on May 30th Kat Nelson (@katnoy11) has chosen MMA Fighter as her character. Catch her Bantamweight bout against Gloria Dacosta LIVE on @flocombat! ——— Special thank you to our amazing sponsors for making this possible 👏🏼💪🏼 @fusioncbdproducts @imedadvisory ——— #floridamma#mma#mixedmartialarts#coralsprings#florida#grappling#jiujitsu#bjj#boxing#fighting#wresting#kickboxing#xfnfights#xfn#xfn27#fightnight#judo#kickboxing#immaf#womensmma#usa#girlswhofight#mmagirls#xfn28#muaythaigirls#bjjgirls


“I’m excited!” says Nelson. “I’m ready. I’ve been ready since I agreed to the fight.” Finalizing with “I wish it would happen tomorrow!”

Tune in above as MyMMANews is joined by Kat Noy Nelson to chat about her upcoming XFN fight. The idea of being a ring card girl and fighter simultaneously. Fighting with no crowd. How she’s utilized quarantine to improve her fighting skill set, and so much more!

Finally, be sure to tune into FloCombat.com on May 30th to catch Kat Noy Nelson take on Gloria DaCosta in a fight that has fireworks written all over it! 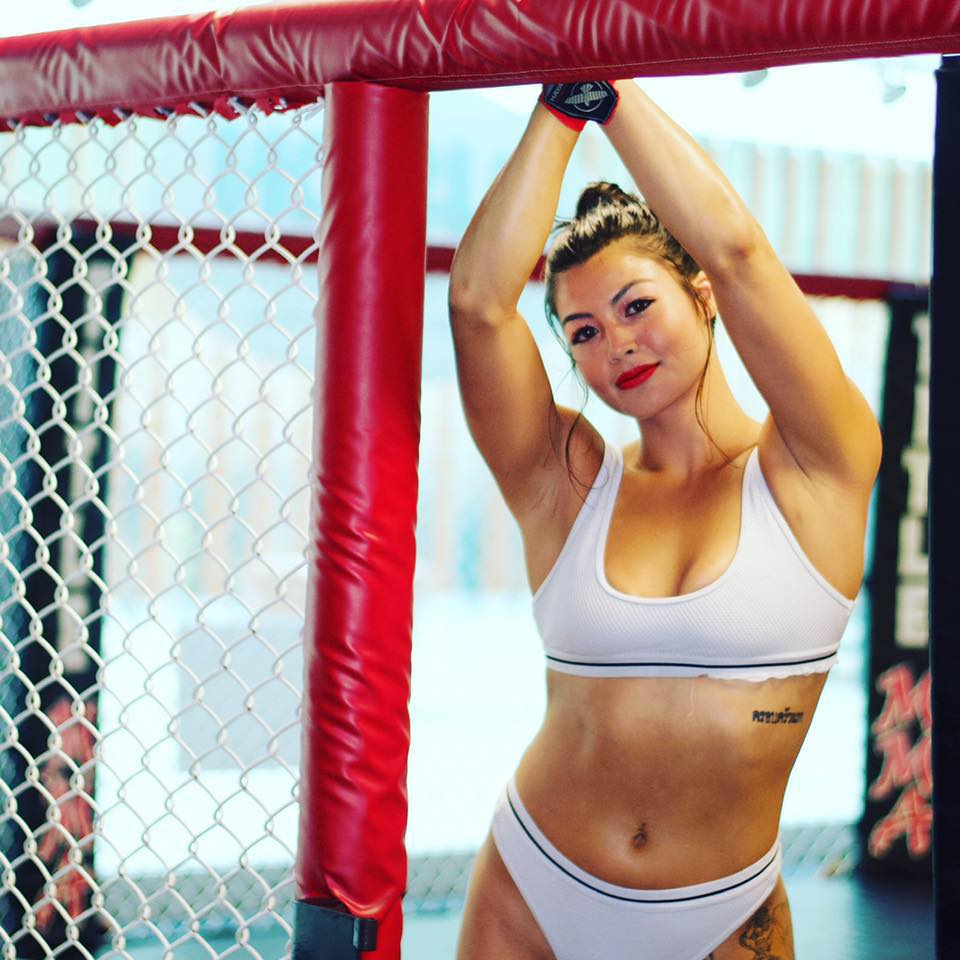