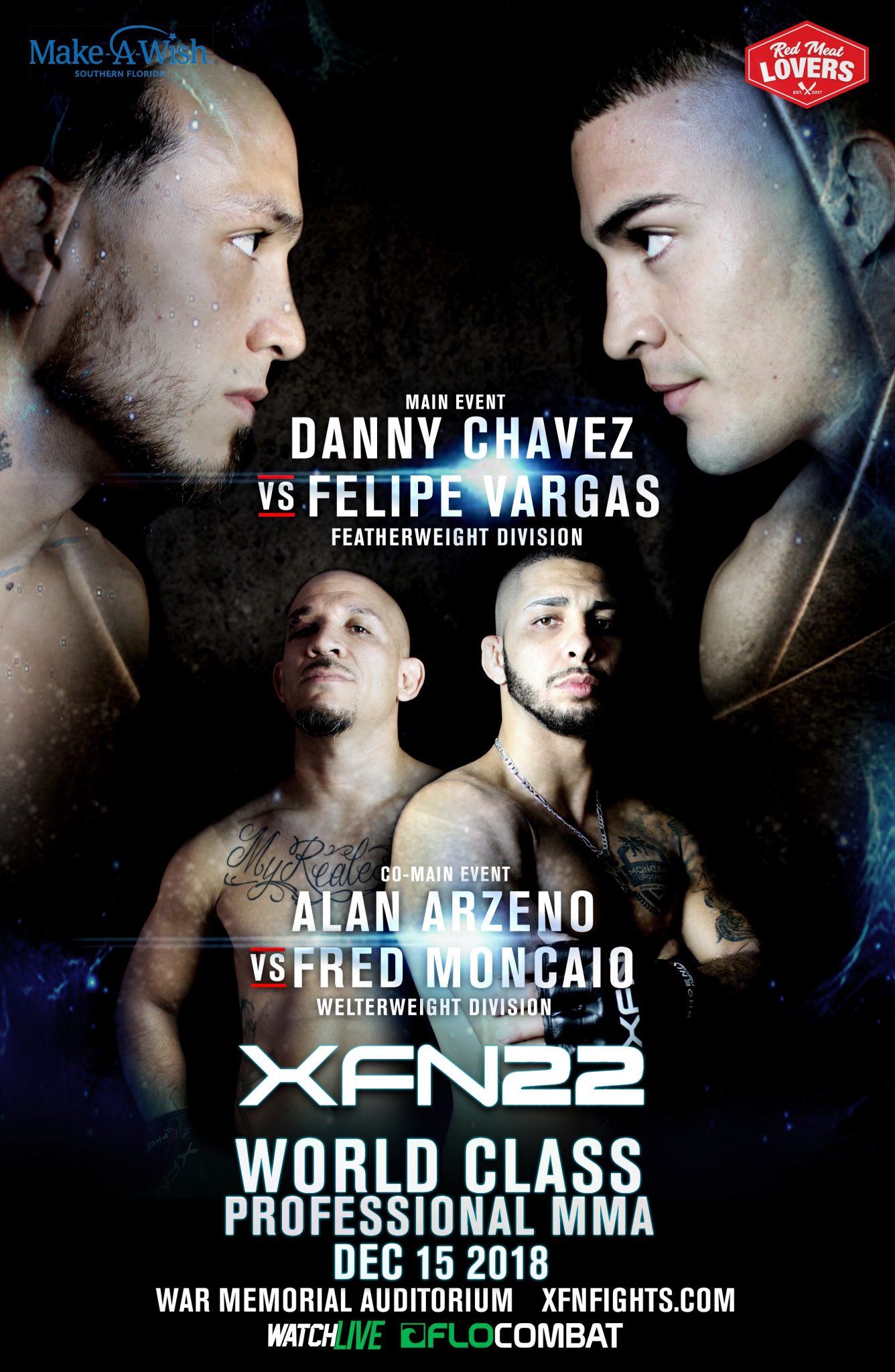 After starting off 2018 with their ﬁrst pro MMA card, Florida based mixed martial arts promotion, Xtreme Fighting Nation (XFN), will be ending off the year featuring some of the sports top prospects not yet signed by the UFC.

The nights main event features two up and coming Colombian featherweight prospects, Danny Chavez (8-3) vs Felipe Vargas (6-0). Chavez is coming off of a knockout victory at the Hard Rock Hotel and Casino back in April 2018, and his opponent Vargas is feeling conﬁdent after his submission victory on UFC FightPass from February this year, extending his unbeaten professional record to 6-0.

The co-main event will be a battle at welterweight as BJJ black belt Fred Moncaio (5-3) faces off against a dangerous brawler Alan Arzeno (7-9).

Moncaio was riding a four ﬁght win streak before getting stopped for the ﬁrst time in three years and is looking to get back in the win column. Meanwhile Arzeno will be looking for his sixth KO victory.

A WMMA rematch is set between Trisha Cicero (1-3) and Angela Jennings (1-0) who ﬁrst squared off as amateurs back in 2016 for the XFN amateur women ﬂyweight championship. Cicero won the ﬁrst meeting by submission in the third round, but Jennings feels she has more weapons in her arsenal to take the victory as a professional.

See below for the full list of MMA matches scheduled for XFN 22 on December 15, 2018 To access live and on-demand coverage of XFN 22 plus additional MMA coverage, visit FloCombat.com to become a monthly or annual PRO subscriber.

Either subscription unlocks access to premium content across the entire FloSports network. Watch the matches across all screens by downloading the FloSports app on iOS, Roku, or Apple TV 4.