Tim Sylvester vs Shawn Steffanelli and Trent Stump vs Will Dill also headline the professional portion of the card on the first night.

In a featured bout on Saturday night, Dylan Beever will make his MMA debut.  Beever was successful in a kickboxing bout for USKA Fight Sports several months back, but he will stroll to the cage for the first time ever where he will face Bilal Khan.  Khan hasn’t had much success winning fights at 1-5, but he has been training for a long time and works diligently to keep getting better.

Beever is currently an active-duty U.S. Marine and is confident that his military time has helped him prepare for his combat sports training.

He met his head coach, Jeff Cressman about three years ago and they have formed a terrific relationship between student and mentor.  Beever is confident that he will come away with a win in his first real fight.  He tells MyMMANews about this fight camp…

“We see it going our way. I have all the tools in the toolbox to get it done and we are working to have the right approach.  As far as my first real fight camp and cutting weight again…It f**king sucks (laughs).  But I wouldn’t have it any other way.  The ultimate goal is to keep working one fight at a time but there is no doubt that my goal is to eventually become a professional fighter.”

You can check out our full interview on the link above.  Beever is a native of Washington state and expects many of his family and friends to be watching on the pay per view available on the Starfund App.  You can also stay right here at MyMMANews for round by round live results.  Wew do regional MMA like nobody else and it’s not even close. 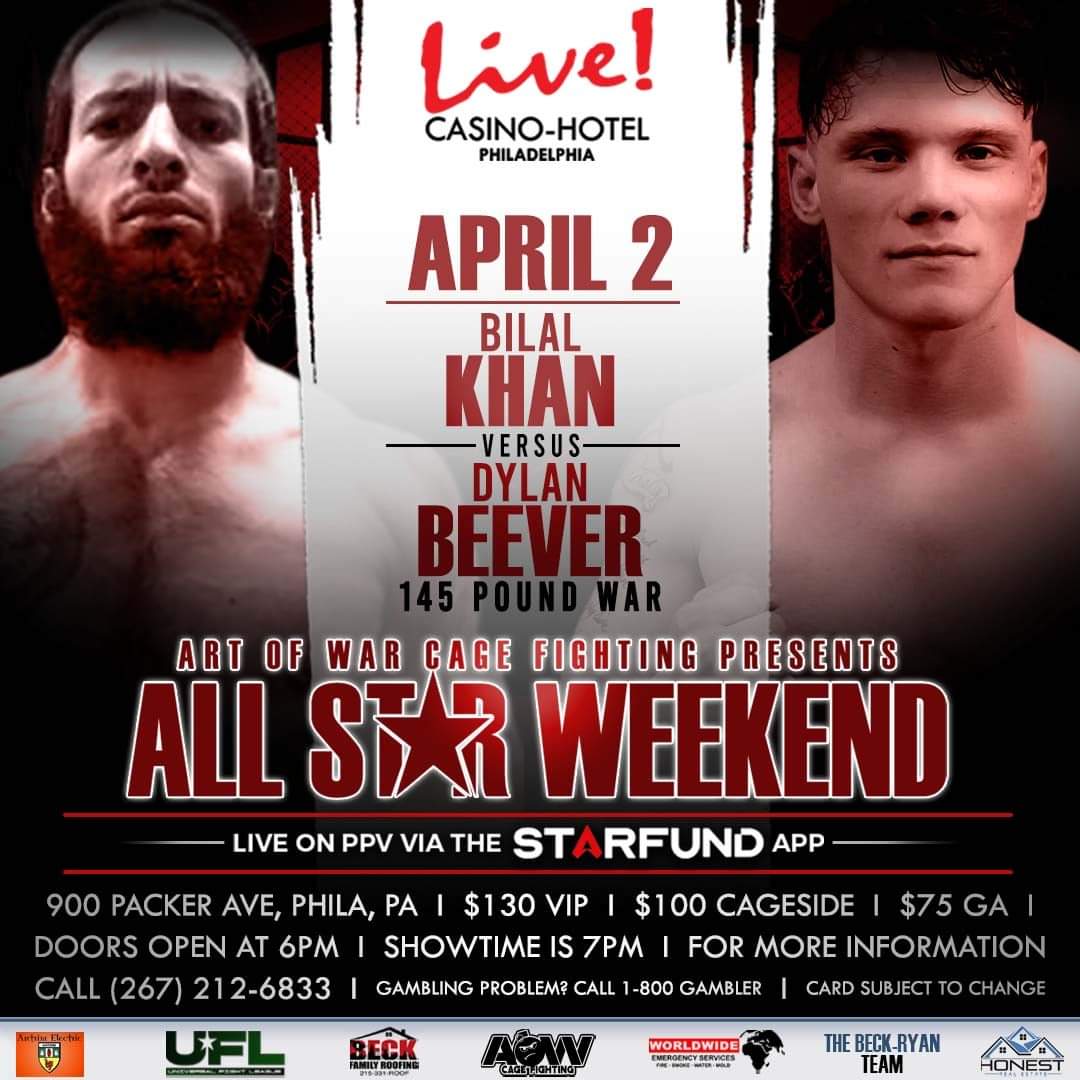