Going into ONE X, Nong-O Gaiyanghadao is looking to defend his title against Alaverdi Ramazanov. On a stacked card, Nong-O and Ramazanov may be going under the radar a bit with fights like Rodtang vs. Mighty Mouse higher on the card. But this fight showcases one of the best Nak Muay of all time in Nong-O Gaiyanghadao. With over 300 pro fights, Nong-O is absolutely one of the top of the sport of Muay Thai and has been for a long time.

Being from Thailand, the homeland of Muay Thai, becoming part of the sport was almost inevitable for Nong-O. Being in such close proximity with the sport made the likelihood of him encountering it almost certain. Upon seeing it, Nong-O knew he had to try it out. From then on, he was hooked.

“I started Muay Thai because I saw my neighbor training and I felt I wanted too. So the gym owner asked me to try since then.”

With all that Nong-O Gaiyanghadao has accomplished, the stadium titles, the title over at ONE Championship, and everything in between, has all required motivation. For Nong-O, that motivation has come from within. He goes out to enjoy himself and have a good time doing what he does.

“I motivate myself,” says Nong-O. “I saw others training so I did try. It is fun.”

In 2015, Nong-O took a break from Muay Thai. In a sport where activity is key and multiple fights a month isn’t that uncommon, Nong-O stepped away in his prime. But it was ONE Championship that finally lured him back to competing. But his thought process at the time was that of a provider and wanted to find something to stay in the sport without having to compete.

“That time I think I had no fighters to fight with in Thailand. I was thinking to looking for some opportunity, so I decided to stop fight and move to work in Evolve MMA in Singapore.”

Nong-O Gaiyanghadao and ONE Championship

“I’m proud of myself and my family also proud of me that I become number one nowadays. There are a lot of great fighters in ONE, but I’m on the top among them, that can say about my success in my career.”

His storied career has taken him around the world. But in the world of Muay Thai, there is nowhere better to fight than the Lumpinee and Rajadamnern stadiums. The prestige that comes with a belt from those stadiums are on an entirely different level in the sport. Nong-O, being at the level that he is, has competed in both. He and Saenchai were also the main attraction in the opening of the new Lumpinee stadium in 2014. For Nong-O, there is no preference between Lumpinee and Rajadamnern. It’s the thrill of the fight that he enjoys the most. “[For me,] it’s the same. I like them both and I am always happy to fight.”

If you needed any more reason to tune into ONE X aside from the stacked card with 20 fights, I don’t know what to tell you. You shouldn’t need any other reason. But Nong-O says that if you need another reason, stay posted because he’s out to provide one.

“Fans can see that age isn’t a problem. I have surprise for you. Stay tuned!”

Nong-O Gaiyanghadao takes on Alaverdi Ramazanov this weekend at ONE X. You can get the pay per view here. This is a card you don’t want to miss. 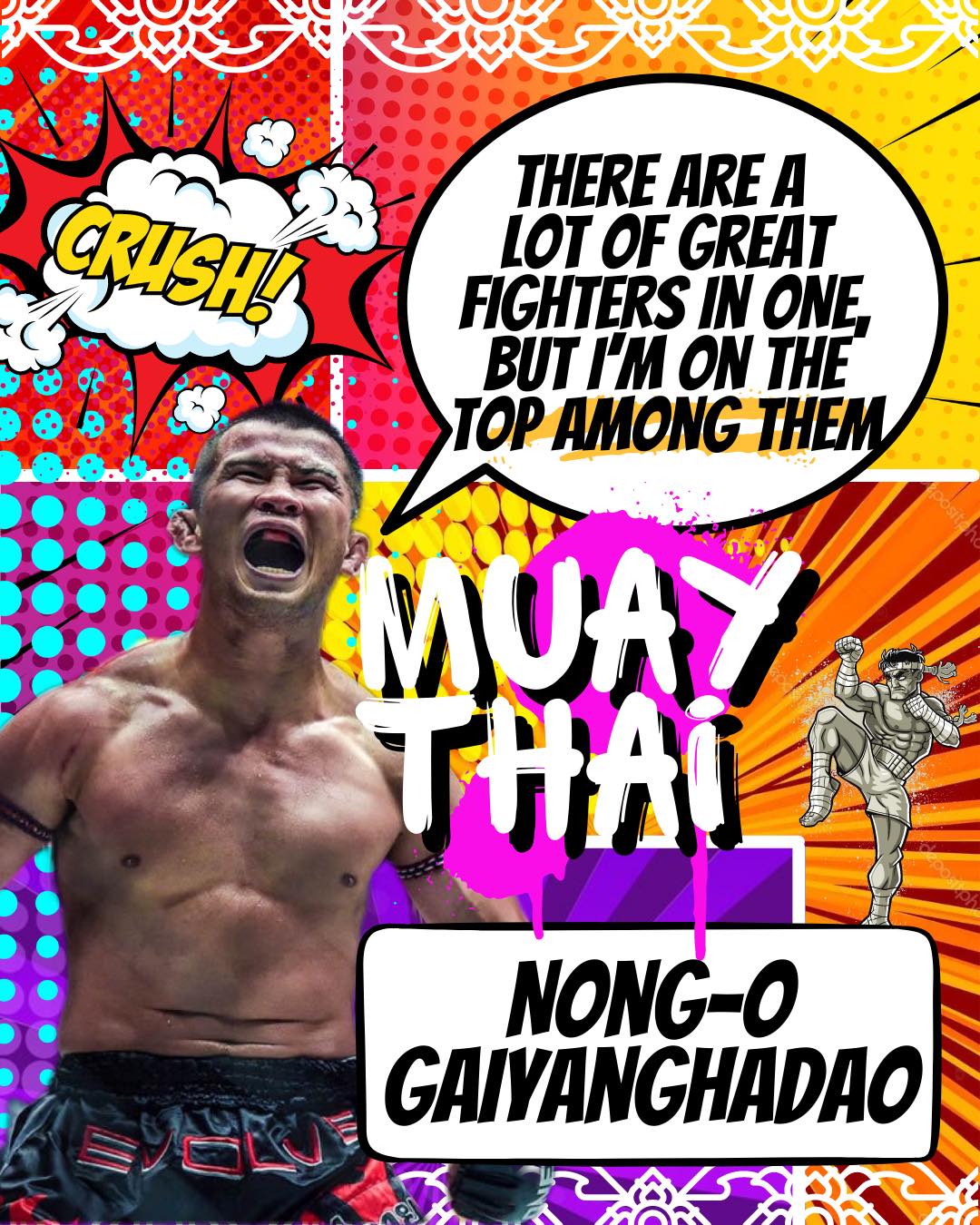 In addition to covering the ONE Championship for My MMA News, Blaine Henry, the author, also analyzes fights from all combat sports across the globe.

Blaine Henry can be found on Twitter, on his podcast, and Patreon.