Anthony Birchak is a UFC and Rizin veteran hungry to get back to fighting for a global organization. At LFA 72, Birchak will take on short notice opponent Raphael Montini, after his originally scheduled adversary Nohelin Hernandez was called up to the UFC days before UFC 239.

MF:  Next up for you is LFA 72, but you spent about 10 days in limbo. What’s your side of how this all played out?

AB: “Yeah, I would say it was 10 days. I was in L.A. for the 10th Planet Qualifiers for Combat Jiu Jitsu. I took one of my 170-pounders out there. Cody Elmer, he’s one of my brown belts. We were out there all weekend. I was training for the fight and the Monday I was getting on the plane to come back to Tucson. My manger called me and was like, ‘hey’, and I was like, ‘you only call me when something is not good’. So, I got on the phone with him and he’s like, ‘this is what happened, Nohelin (Hernandez) got called up to the UFC to fight Chito.’ And, at this time ‘Chito’s’ original opponent was Sean O’Malley and Sean O’Malley popped dirty and was flagged by USADA. But I knew about the Sean O’Malley thing for about a month, a month and a half. That was like old news.”

MF: Yeah, I thought the news of Sean O’Malley being off the UFC 239 card had been out there.

“It was a long time and 3-days before UFC 239, (for) they (to) pull my opponent. I’m not mad. This is where everyone on Twitter fucking lit me up. Everyone’s like, ‘you’re just salty cause you’re washed up and this young kid is getting his opportunity. You would’ve done the same fucking thing, blah blah blah blah blah’. You’re right I would have, but here’s where I’m fucking mad. OK, Jason House, who manages a lot of bantamweights, manages Nohelin (Hernandez) and ‘Chito’ Vera. I’m mad at the fact that, cause when I lit him up on Twitter, he was like, ‘I thought we were homies’, and I was like, ‘I thought we were too’. So, if you manage 100 bantamweights and you pull my opponent, why would you not put in one of your other guys? You know just as a fill-in. It’s already hard for me to find fucking fights as it is. You know, and you’re going to call the one dude that said yes to me. When Combatias (Combate Americas) comes to Tucson they go through 14 opponents. We literally went through 14 opponents for LFA and the last LFA in Phoenix we went through 7-10.”

MF: And couldn’t get on the card, right?

“Yeah, I couldn’t. It’s like the one time that I find a fight and you manage both fighters. You obviously can’t have one of your highest earners not earning for you. And, then you have this kid that (is) on a 4- fight win steak, but he’s been on a 4-fight win streak for a long time. So, why didn’t you get him in the UFC earlier? So, all the timing was what frustrated me, and I fucking blew him up on Twitter. And, I get like a piece of shit Casey Halstead yelled at me. He’s like ‘you shouldn’t have done that. If you’re going to talk shit to the fighter, talk shit to the fighter.’ But, he’s like Jason (House) did what his business is supposed to do. He’s supposed to put guys in the UFC, and I understand that right, but it was the selfish part of me screaming about this. It was, it’s already hard enough for me to find fights one. Two, this news has already been a long time coming. Why didn’t you pull this a long time ago? Three I have a full stable of pro fighters, I could have gotten three of my fighters in this card, instead of me. Now my whole camp has suffered for a business action that is otherwise borderline unethical. The only time management guys should be fighting each other is when it for a top five or ten contender or a title shot. Not when the kid is making his UFC debut.”

MF: Now you’re taking on Raphael Montini at LFA 72. What do you know about him?

“I’ve seen him fight a couple times live, can’t really remember. I’ve seen him fight, but you know when you’re kind a looking at the cage and looking at two people move around, but you’re having side conversations, it’s been like that. As of lately I’ve been looking on YouTube and haven’t really found anything. The one that I found that makes the most sense of exactly how the fights going to is Mario Bautista from The Lab and he fought at LFA 31. And, Raphael is actually a 25er, who moved up to 35 when the whole UFC Flyweight division kind of got shifted around. So, all these Flyweights are like I guess I’m going to have to start fighting at Bantamweight. So, he moved up and Mario Bautista is a big Bantamweight like myself. He ended up out striking Raphael and cut him over the eye. I think he won by a TKO Doctor stoppage. My Jiu Jitsu is too much for him, for everybody. I literally just been imposing my exact game plan every single Jiu Jitsu match and every single Jiu Jitsu super fight I’ve had lately at the Brown and backed out level. And so, if it goes to the ground, which I can take them down, show my Jiu Jitsu, but I just see so many chinks in his standup chain. He keeps his left hand super low he throws for the fences and leaves himself out of position. I think I just have way too much experience and game planning for somebody like him. And when you look at who he’s fought. He hasn’t fought anyone with more than five fights. So, I definitely bring a lot more to the table than him more than anybody else he’s fought before, but I greatly respect him, and I thank him and his coach for taking the fight. I know it’s a great opportunity for both of us. Like I said there’s not a lot of guys willing to sign on the dotted line. So, for him to step up and prove his medals is huge to me. And anybody that has that kind of confidence is a fucking threat.” 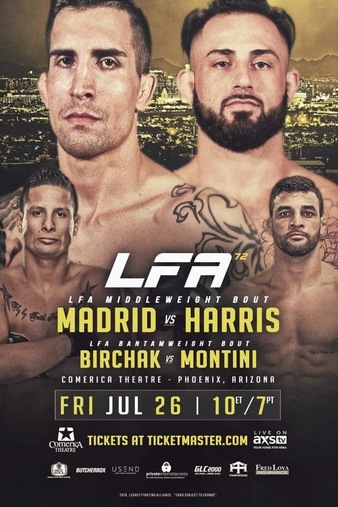