On Saturday, May 20, Bellator and Monster Energy brought exciting mixed martial arts action to the Monster Energy All-Star Race weekend at Charlotte Motor Speedway. The promotion and their longtime partner gave NASCAR fans the opportunity to take in four exciting MMA bouts, three of which ended in first round finishes, prior to the start of Saturday’s race. 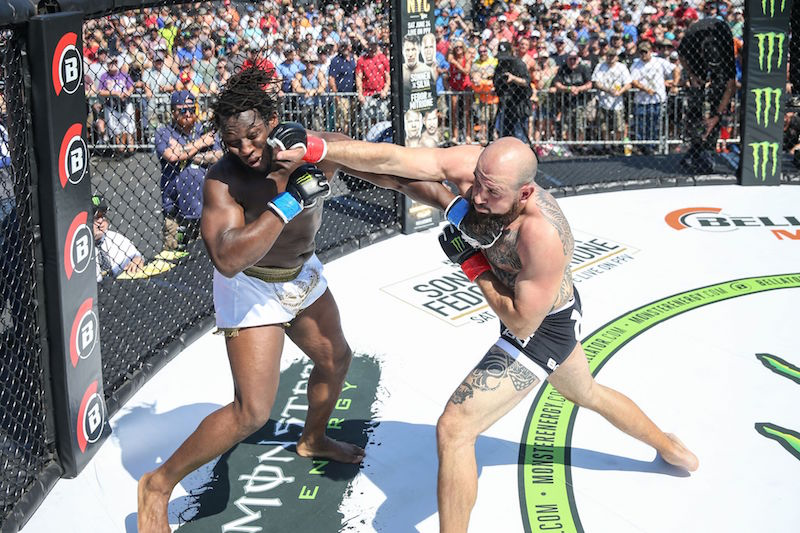 The bouts were included as a unique pre-race activation inside the Charlotte Motor Speedway Fan Zone and featured some of the best regional up-and-coming talent. In addition to the live in-cage competition, MMA legends Tito Ortiz and Dan Henderson were in attendance for a Q & A at the Trackside Live stage and to meet with fans in attendance.

Heavyweight Main Event: Allen Crowder def. Robert Neal via TKO (strikes) at 2:24 of round one

Welterweight Bout: Jacob McClintock def. Jeremie Hollowayvia submission (guillotine) at 1:39 of round one

Lightweight Bout: Lashawn Alcocks def. Mike Stevens via TKO (strikes) at 2:20 of round one

By Andrew Sumian 19 hours ago