Jake Skelly will be entering the cage for a light heavyweight contest, June 2, in Philadelphia Pa., at Art of War II being held at Harrah’s Casino and Resort.  It’s been more than three years since the fighter has competed in the cage but that doesn’t mean the training stopped. 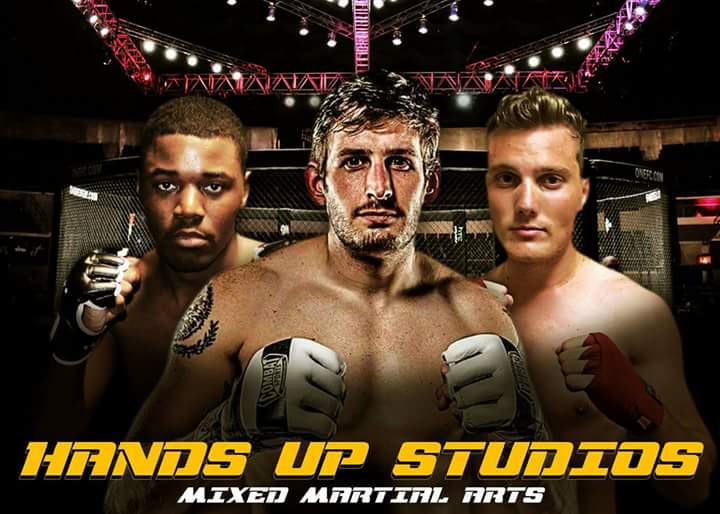 Skelly and sister, Tyler, recently launched ‘Hands Up Studio’ in Voorhees, N.J.  The brother-sister relationship is a tight one with these two, and has made it much easier to jump head-first into owning a facility that he envisions and builds from square one.

I first met Jake about fours years ago when he was instructing and training to fight at Daddis MMA.  He decided to shake things up and moved out to California and try something else.  He missed his family and friends and has moved back home and is now once again, chasing his MMA dreams.

When I reached out to Jake, he insisted that I come out to Hands Up Studios for a workout before our interview. Jake and Tyler both took turns working on my very weak technique, but I had a great sweat and got to spend time with good, quality people.

“Mike Bickings (AOW promoter) has been awesome to work with,” Skelly said.  “I’m bringing an army with me in there and I will settle for nothing less than a victory.”

He also said that he’s been hearing some smack talk on social media and he has a few people on his radar who are going to feel his wrath, but it’s always one fight at a time and his battle with Benjamin Roberts is his priority.

Check in and listen below to a determined, good dude!