This Friday is a day of celebration.  Cinco De Mayo which is Spanish for the “Fifth of May,” is observed to commemorate the Mexican Army’s unlikely victory over French forces at the Battle of Puebla on May 5, 1862, under the leadership of General Ignacio Zaragoza.

Several notable mixed martial arts fight cards are being held this Friday, so let’s take a look at a few with potential knockout out power.

Daniel Gallemore (6-3) vs. Daniel James (6-2-1) is the headliner for Victory Fighting Championships on UFC Fight Pass.  Gallemore, the defending heavyweight champion, was originally scheduled to take on Razak Al-Hasan, however an injury forced a lineup change less than two weeks ago from showtime.  Coming off a TKO title-defense win over Derek Bohi in December, Gallemore’s 5 of 6 professional wins have come by way of TKO or KO. 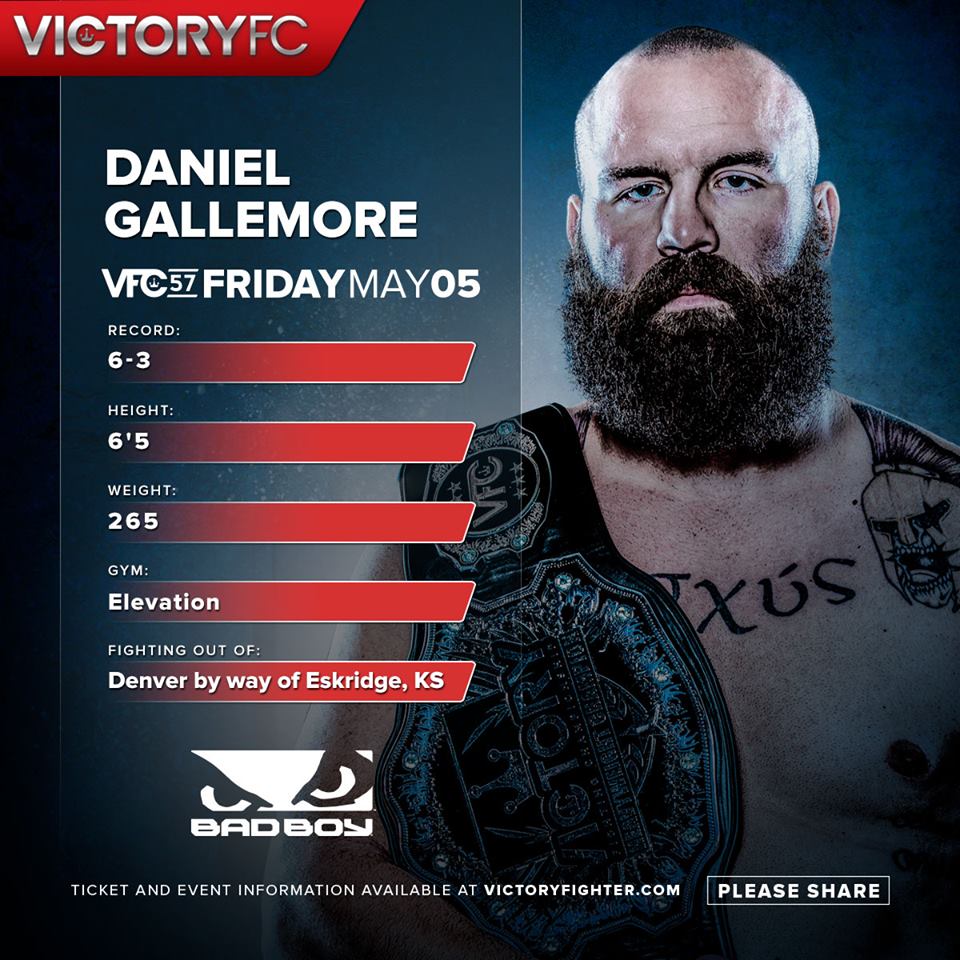 The only time ‘Big Kansas’ won a fight by submission was when he captured the title at VFC 50 via guillotine.  It is safe to say that Gallemore will be looking for a finish, ensuring he takes the gold back home with him.

His opponent, “The Predator,” Daniel James, is making his organizational debut and has everything to gain and nothing to lose.  10 days ago he wasn’t a regular on the Victory FC roster, but after earning a second round TKO win at XFO 60 in March, James got the call up to fill in for Al-Hasan on short notice. With 50 percent of his victories coming by way of TKO, James will surely stand and trade with the champion.

This fight has all the potential for a heavyweight highlight knockout and you do not want to miss it. 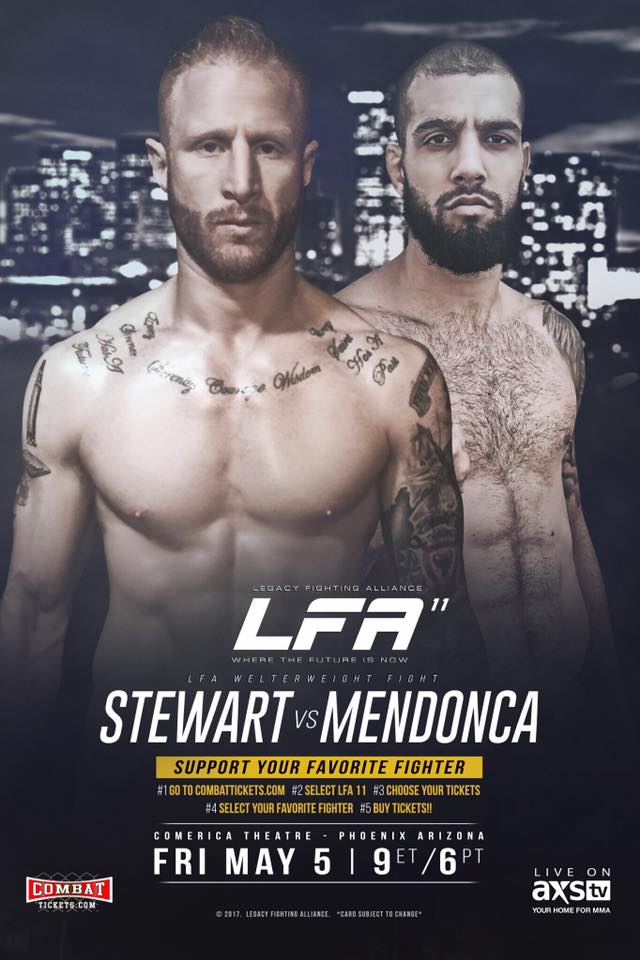 Kyle Stewart vs. Maicon Mendonca is not headlining Legacy Fighting Alliance’s Cinco de Mayo show, but it is sure to bring fireworks.

Undefeated at 5-0 as a pro, Marine Corps Veteran Kyle Stewart has one TKO victory coming at just 12 seconds into a fight, and then a first round knockout victory in January.

His opponent, Maicon Mendonca, of Brazil is coming off a knockout win in October 2016, his second knockout win as a professional mixed martial artist.

Mendonca also has one TKO win, and three victories by way of decision, bringing his record to 6-1. 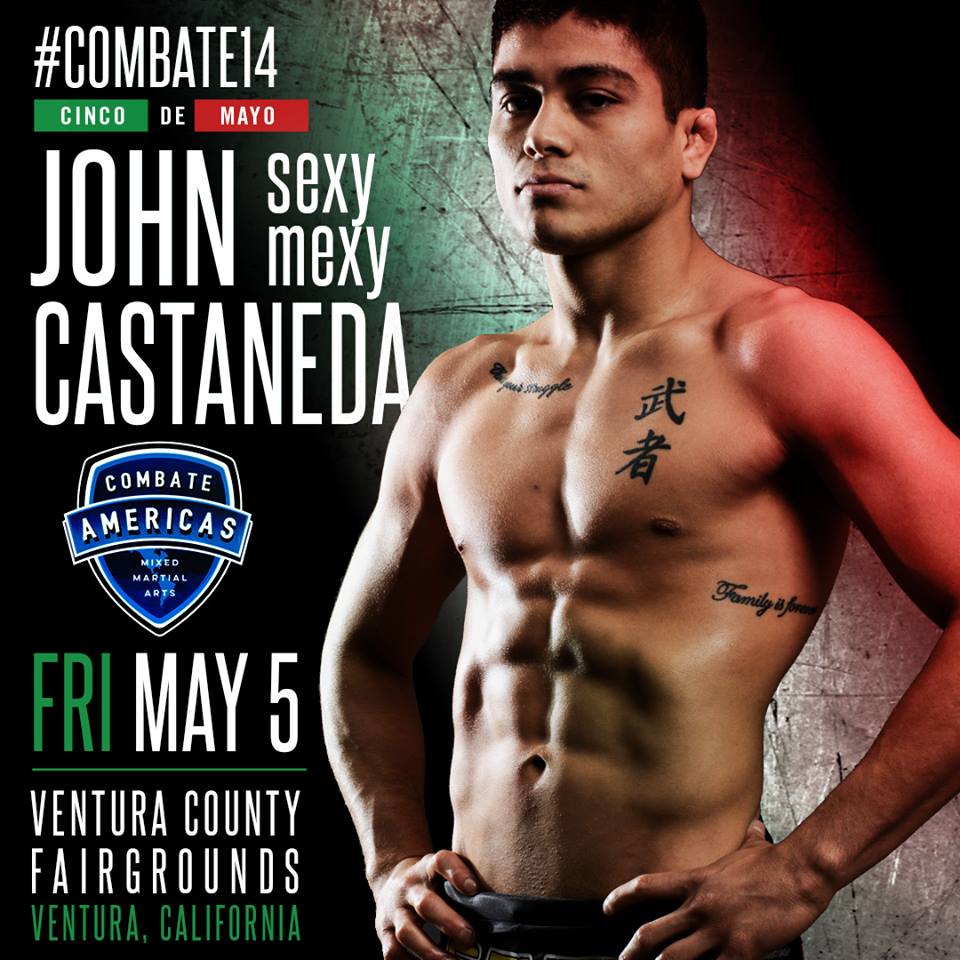 Beal (10-4) had that beautiful flying knee knockout over Patrick Williams at UFC 172 in 2014, but has struggled since then.  He won, one more in the octagon, but then dropped three in a row with the organization which led to them cutting ties.  Beal then fought once outside the organization and was on the receiving end of a TKO loss in December 2016.

Looking to bounce back in his Combate Americas debut, Beal will have his hands full as Castañeda is on a five-fight win streak in Combate.

Five of Castañeda’s 12 wins have come by way of TKO or KO to include his two most recent outings.

Castañeda did win his most recent fight for the title against Gustavo Lopez, however, he failed to make weight so the belt was not an option for “Sexy Mexy.”

By Michael Henken 12 hours ago