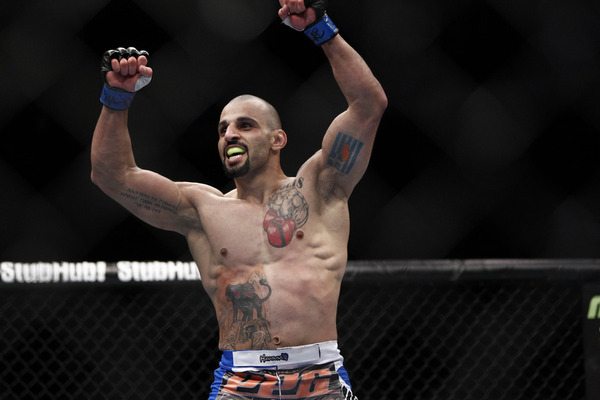 What is the best thing nobody knows about you?

“One of the bad things about me is that I don’t shut up! Even while I’m sparring and getting my ass kicked I can’t stop joking around. Some people like it and some people don’t. Also, I am really stubborn. I am always right! Even the few times I’m wrong I will apologize and try to learn the right way. I am willing to learn from anybody that is willing to show me. From a teammate from a man, woman, child, anyone. Also, I am a survivor. I came to this country out of nowhere, knowing nobody, having nobody and I made it.”

Best advice you could give to a younger you?

“Study and stay in school because then I wouldn’t have to fight now. I would do it by choice. I would tell my younger self to stop fighting so much in the streets to prove you are a tough guy and fight for yourself and for the right reasons. Don’t get into fights for stupid reasons!”

Best memory from your first fight?

“I walked into it after four months of training. I didn’t even know what a sprawl was. I fought an undefeated champion at the time that happened to be a wrestler. I rocked him a few times but he held me on the ground and won the fight. It taught me that I need to learn how to wrestle! It gave me motivation to continue to learn in this sport.”

What was the best moment in your career so far?

Best thing about MMA compared to other sports?

“There are so many different ways to win a fight. You have to know everything. You have to adapt to everything. Otherwise you die. I came to the sport with one specialty and I am trying to adapt and grow and keep up myself. Guys now started doing all forms of mixed martial arts when they were ten years old. I didn’t have that. Also, every other sport just keeps getting more boring. In MMA there are so many ways and so many breakthroughs almost daily. From spinning back kicks to guys jumping off the fence, flying knees, it never gets boring.”

What feels best, a knockout or submission victory?

“I only have one submission in my life and it’s only because I knocked him down and punched him out! As far as KO or Sub, I will take anything!”

“Jorge Rivera. I had the hardest time with that guy.”

Best way to get pumped before a fight?

“My warm up is ten minutes of shadowboxing. I don’t have any rituals or anything like that. I know some guys have to feel like they want to kill their opponent but I just treat it like another sparring session.”

Best job before becoming a fighter?

“I served papers. Divorce papers, things like that. It was very interesting. You meet a lot of people that are nice and polite until they realize why you are there. They change attitudes really quickly. As if it’s my fault they cheated or had marital issues.”

Best dinner guests? Three people, past or present, who would they be?

“I’m not going to go with celebraties. I recently went back to Cyprus. If I were to have dinner it would be with my friends. I don’t care about any celebrities.”

“Pasta, Pizza, all food! I think in a previous life I was a fat man. There is nothing I don’t like.”

Best lesson life has handed you?

“Patience. Wait for the right time and if you work hard enough things will work out.”