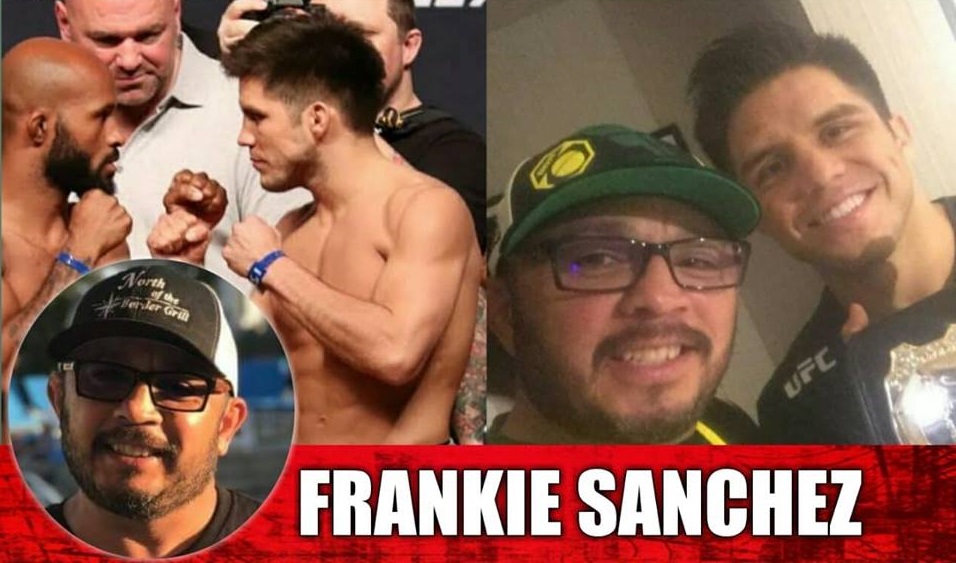 Sean Lennon (Host of The Fightlete Report) interviewed Frankie Sanchez, a longtime friend and team member of the new UFC flyweight champion Henry Cejudo after his amazing win over Demetrious Johnson in the co-main event of UFC 227 earlier this month. Frankie talked about the fight and what Henry had to overcome to pull out the win. Also went in depth on the training with his wrestling coach Eric Albarracin and the Pitbull Brothers, plus what was said to him going into the fifth round. We also discussed Henry Cejudo’s desire to fight UFC Bantamweight Champion TJ Dillishaw in a “SuperFight” in the future as well as the eventual rematch with the former champion Demetrious Johnson.
Listen Live To The Fightlete Report hosted by SeanLennon Every Tues @12pm only on Chicagolandsportsradio.com or watch the LiveStream on Facebook- https://facebook.com/FightleteReport/

TUNE IN TO THE SHOW BELOW:

I am the host of The Fightlete Report Radio Show Every Tues 12-2pm C. I am an aspriring MMA journalist/broadcaster. Ive done the radio show for four years and I’ve covered HFC, RFA, Glory Kickboxing, and various regional events both pro and ammy. I also have been to the Arnold’s Sports Festival for the past four years as well. I am originally born in California but consider Chicago my home. Brock Lesnar was my favorite fighter coming into MMA but right now I have no specific favorite but I support Rose Namajunas, Daniel Cormeir, Stipe Miocic, and Dustin Poirier,