Fusion Fighting Championship returns on June 15th for thier 30th event at Epsom Racecourse in Surrey, England, and with a huge amount of talent competing that evening making this not one to be missed.

I was fortunate enough to talk with Pro MMA fighter Jimmy ‘Slice’ Yardley about his upcoming bout and the journey he has endured to arrive where he is now. 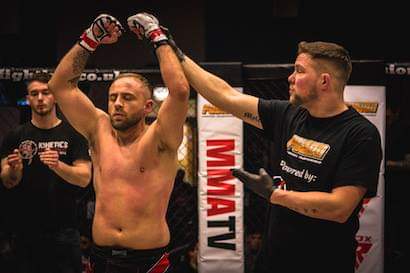 Yardley is coming off a first round finish at UCMMA where he defeated his opponant via Ezekiel Choke adding to his undefeated streak. Yardley predominantly fights within the Fusion Fighting Championship organization, however, Yardley is not one to turn down an opportunity and prefers to keep as active as possible inbetween fights.

With a dominant wrestling background and excellent stand up ability, Yardley trained all of his BJJ with owner of Kinetic Fight Academy and Fusion Fighting Mark Hobbs in 2015. Yardley admitted his BJJ was only basic through MMA training which is surprising when you view his record. Seven fight win streak with five submissions all within the first round…some the first minute!

Rarely seeing a second round, Yardley is seeking out tougher opposition as he progresses his career. Yardley told me his next opponent will be his toughest test to date and i quote “definitely be expecting a bloodbath.”

Please click above to view the whole interview with Jimmy ‘Slice’ Yardley talking training, fundraising, nicknames and much more. 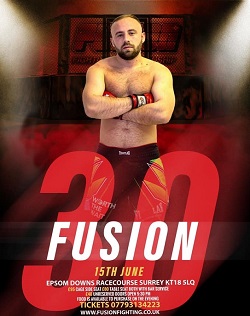