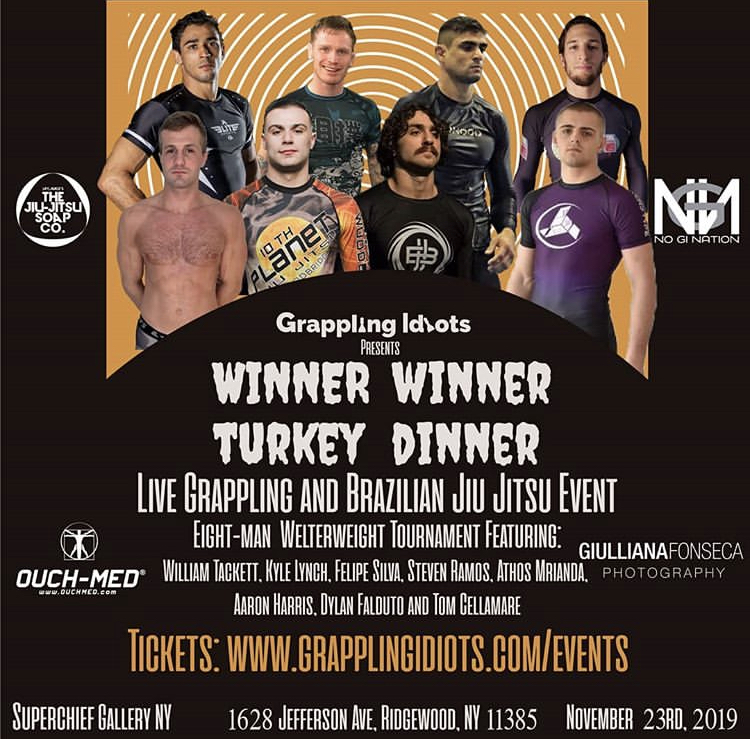 This Saturday, November 23, 2019, Grappling Idiots will be having its debut event at the Super Chief Gallery on the Brooklyn/Queens border in New York beginning at 7 p.m. ET with doors opening at 6 p.m.

The event features an 8 man tournament of elite welterweight competitors as well as over a dozen superfight matches. Tickets are available here or you can get them at the door, although seats are over halfway sold out already so if you don’t want standing room only tickets you should purchase them in advance to be safe. The event will also be available for replay about 24 hours after the event is done at a cost of $5. You can check out the full line up of who is competing below.

The man behind Grappling Idiots is Matt Kaplan, who is an avid jiu jitsu practitioner himself and wanted to give New York City competitors an opportunity to showcase their talents. He believes that NYC has some of the best competitors and gyms in the whole world and many of the competitors in his event he knows personally and has trained with. He has experience from running punk rock and heavy metal shows as well as professional wrestling events in NYC for a few years when he was younger and told MyMMANews that he thinks “there is a big market in NYC for top talent to consistently perform, it just needs to be handled by current/former athletes and not promoters/salesmen from other sports and backgrounds.” Especially considering it is the promotion’s first event, Matt has managed to get some of the top competitors from some of the best gyms out there.  Some of the bigger names on the card include ADCC veteran Keith Krikorian, the young up and comers William and Andrew Tackett, and EBI veteran John Battle.

He came up with the name Grappling Idiots to describe the type of person that it takes to be a competitive grappler. Matt explained that “to be a great grappler you have to be smart, but, in many ways, to dedicate your life to something that pays very little for most people and does not have much fame and glory, you have to be an idiot.” He went on to add that “you know full well going in you will probably destroy your body and get very little back, but you love it so you do it. I respect anyone who does this grind, but I also acknowledge something is wrong with us.”

Matt has watched countless tournaments with all different rulesets and wanted to implement a ruleset that pushed the action, encouraged submissions, and was fair to grapplers of all backgrounds. Grappling Idiots will utilize the point system of ADCC, but will have points the entire match.  Tournament and main event superfight matches will be 10 minute rounds and the rest of the superfights will be 8 minute rounds.  Competitors can sit to guard as long as there is contact before sitting and one point will be awarded for good submission attempts. Unlike other promotions, Grappling Idiots is allowing points for turning someone from turtle to side control or bottom mount, because Matt feels that too many athletes go to turtle to stall or to not give up points for a pass. He also plans to be aggressive with passivity penalties, so it should provide for some intense action throughout the event.  Particularly if you are local to NYC, this is an event that you do not want to miss.  Make sure to follow Grappling Idiots on instagram to be the first to know about future events as well. 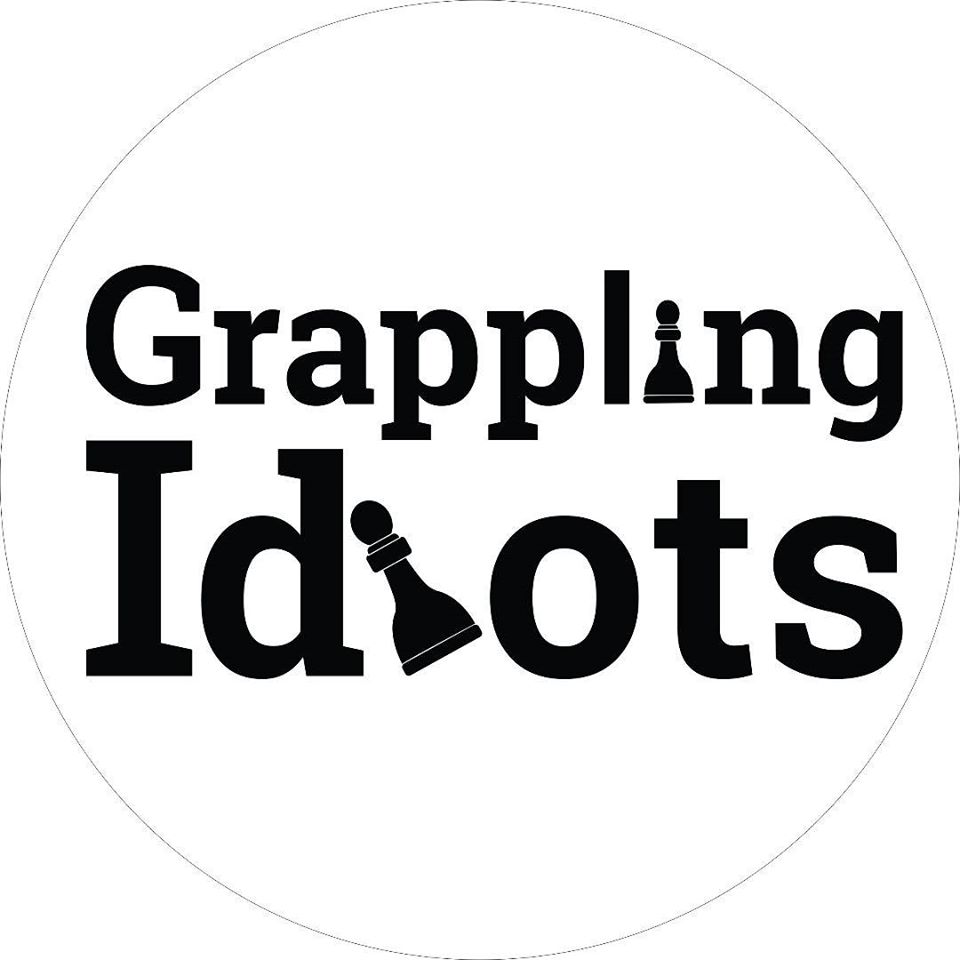