Gregg White is coming off one of the more epic heavyweight fights I have seen in a while.  At Stellar Fights 42, White came out on the wrong end of a decision against John Michael, but both of these brawlers left the crowd in an uproar.  In a very close fight, Michael engaged in a double leg and managed to successfully lift White off of his feet for a slam in the final round.  White told me that it was the first time that anyone has picked him up and took him airborne. He may have taken less of the force and spun up almost immediately to get back to his feet and slug it out for the remainder of the round.  Stellar Fights president Brad Dalton, my colleague Adam Crist, and I were just looking at each other thankful that the cage withstood the impact that we just witnessed.

Gregg White has a nice skill set and to me, it looks like he just needs some more cardio and experience.  His combinations and footwork flow naturally, and he has now started working with a personal trainer to increase his stamina.  He will test himself again on August 17 in Harrington Delaware at Stellar Fights 43 where he fights Chris Jackowski.  Please check out our interview above to see how Gregg White is progressing and his plans for this fight.

MyMMANews will be right here with live results and post fight interviews. 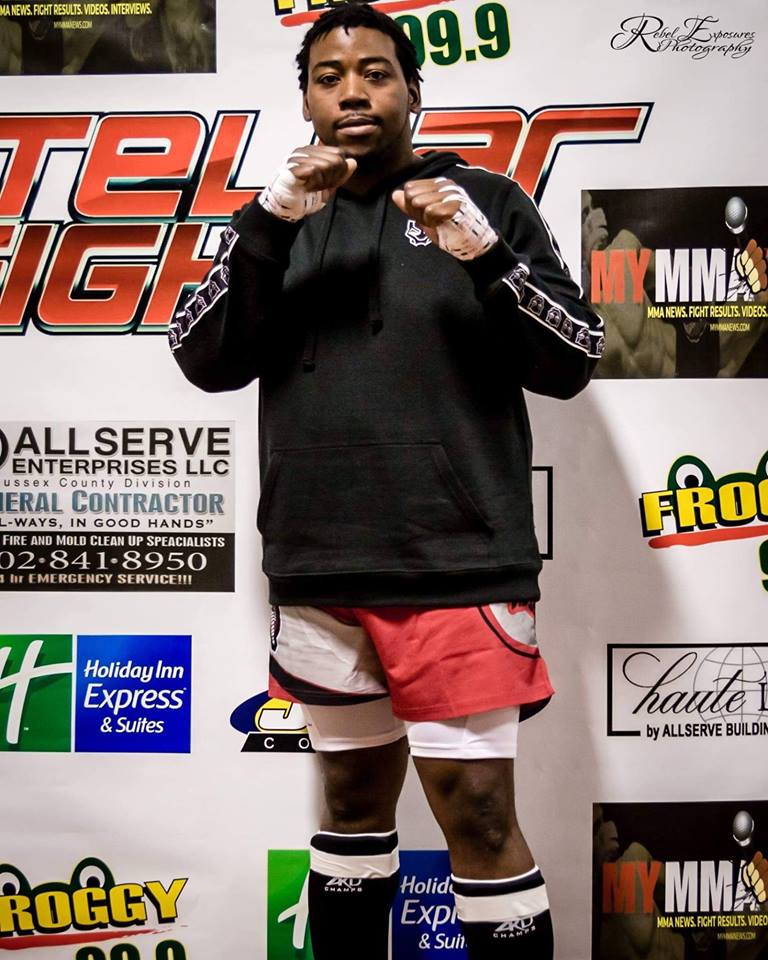 Liz Giglia Makes MMA Debut at Cage Wars 45: I’m Scrappy and I Never Give Up – Interview

By Kyle Carroll 27 mins ago

By Cole Shelton 34 mins ago

Jamar McGriff: “I want it to be something flashy”

Jon Jones will only move up to heavyweight if pay is right, according to manager