Titan Fighting Championship officials have announced the promotion’s next card, Titan FC 68, which will be held on Friday, March 26 from the InterContinental Miami in Miami, Florida.

Two titles are on the line in the night’s main and co-main events, part of an eight bout main card which will be broadcast live on UFC Fight Pass.

Kyle Noblitt (11-2) and Shaun Asher (13-3) will look to exchange leather when the compete for the vacant Titan FC heavyweight title.

Noblitt comes to promotion on a two-fight win streak including a split decision win over former Titan FC competitor Jack May in January.

“The Bully” Asher will also bring a two-fight win-streak to the cage come fight night.

“Heavyweight title fights are literally clash of the titans,” said Titan FC COO Lex McMahon. “The championship bout between Kyle Noblitt and Shaun Asher pits two giants of the sports against one another as they seek to determine who the true apex predator of Titan FC is.”

In the night’s co-main event slot, Wascar Cruz (11-6) will look to defend his Titan FC flyweight title for the first time when he is challenged by Victor Dias (8-2).

Cruz claimed Titan FC gold with a third-round finish of Christian Ynastrilla in August. Dias will look to record his second victory in three attempts with the promotion after dropping a decision to Gustavo Balart and then bouncing back with a victory over Cleveland McLean at Titan FC 61. 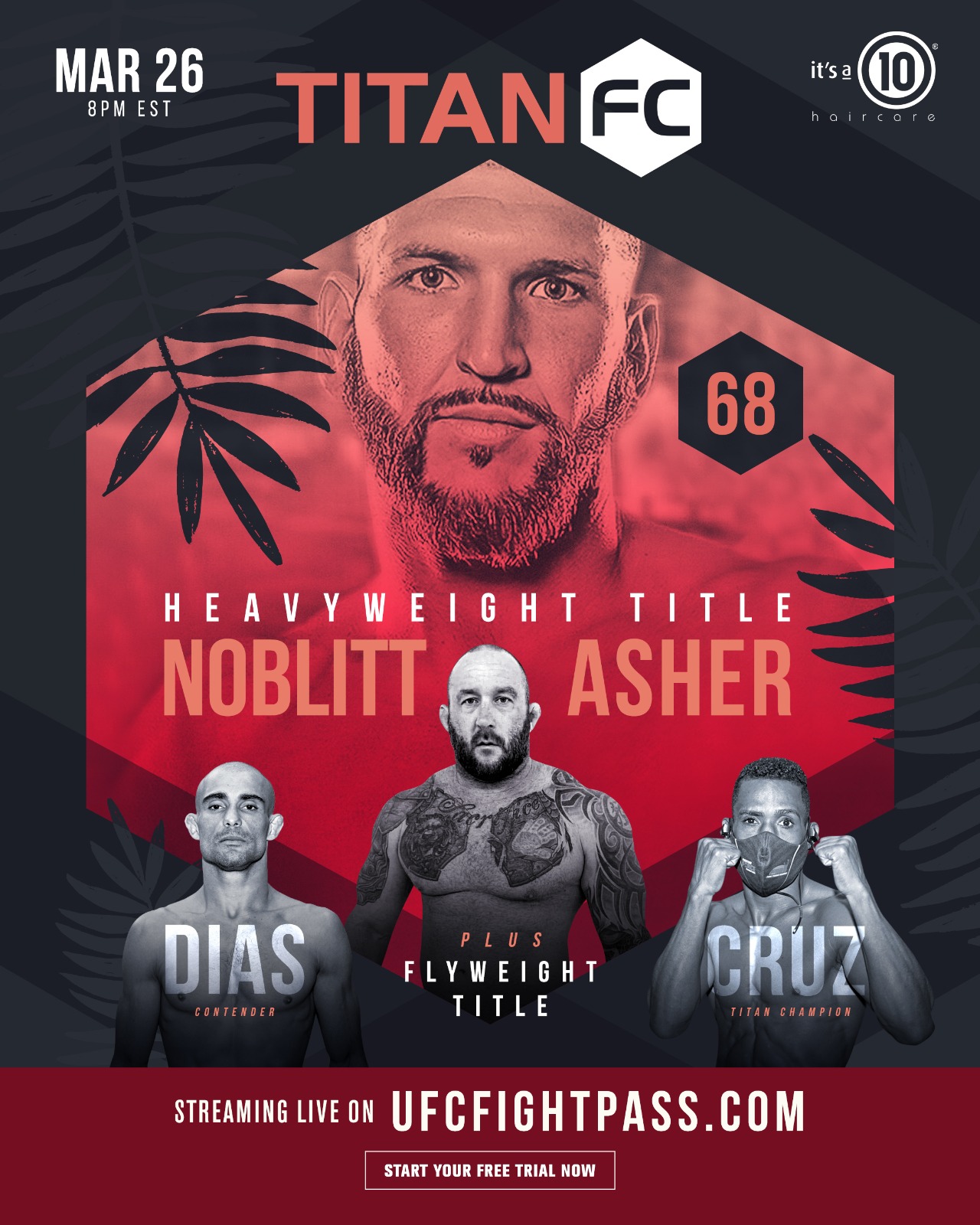