Only a couple of days out from Strong Island‘s inaugural Fight Night Josh Popper spoke with Carroll’s Corner MMA Podcast. Popper is making his third appearance of his career inside the ring. The humble fighter of Bredwinners Boxing will be competing in a featured fight against Derek Pedone of Vamos Boxing. Strong Island Fight Night Series goes down Saturday, January 21, 2023, at Stereo Garden in Patchogue, New York. Doors swing open at 4:30 PM and the first fight of the 16-bout fight card starts at 5:30 PM.

Josh Popper (2-0) discusses his journey to the ring and his goals within the sport. We also talked about the obsticales life threw at Popper. He tells us how he feels entering this fight and about his recently opened boxing gym.

Popper, a former pro football player reached the highest level of football by being picked up in the NFL. Popper’s journey is a unique one. Only playing a single season of high school ball to using his long reach of his 6’2″ frame at the Division III collegiate level. Popper tells us he never learned how to tackle until college and which teams picked him up and where they wanted him to play. While playing college football, attending classes and working, Popper commuted to and from school to help his mother successfully battle breast cancer.

We find out a little bit about Popper’s routine the week leading up to his fights. His go to meals before and after fights and he also tells us why he’s decided to climb inside the ropes to test himself.

Bredwinners Gym in New York, NY, opened during covid. Poppers is the owner of Bredwinners Gym, which he successfully opened in the toughest of times. Speaking with Poppers, being able to open a gym at that current time period speaks volumes to the determination he has when he sets his mind to a goal.

Popper has a silent confidence which is an attribute I believe should be feared by his opponents. The undefeated amateur boxer is ready to entertain the fans at Strong Island’s Fight Night Series Saturday Night.

What the full interview with a true coaches coach. 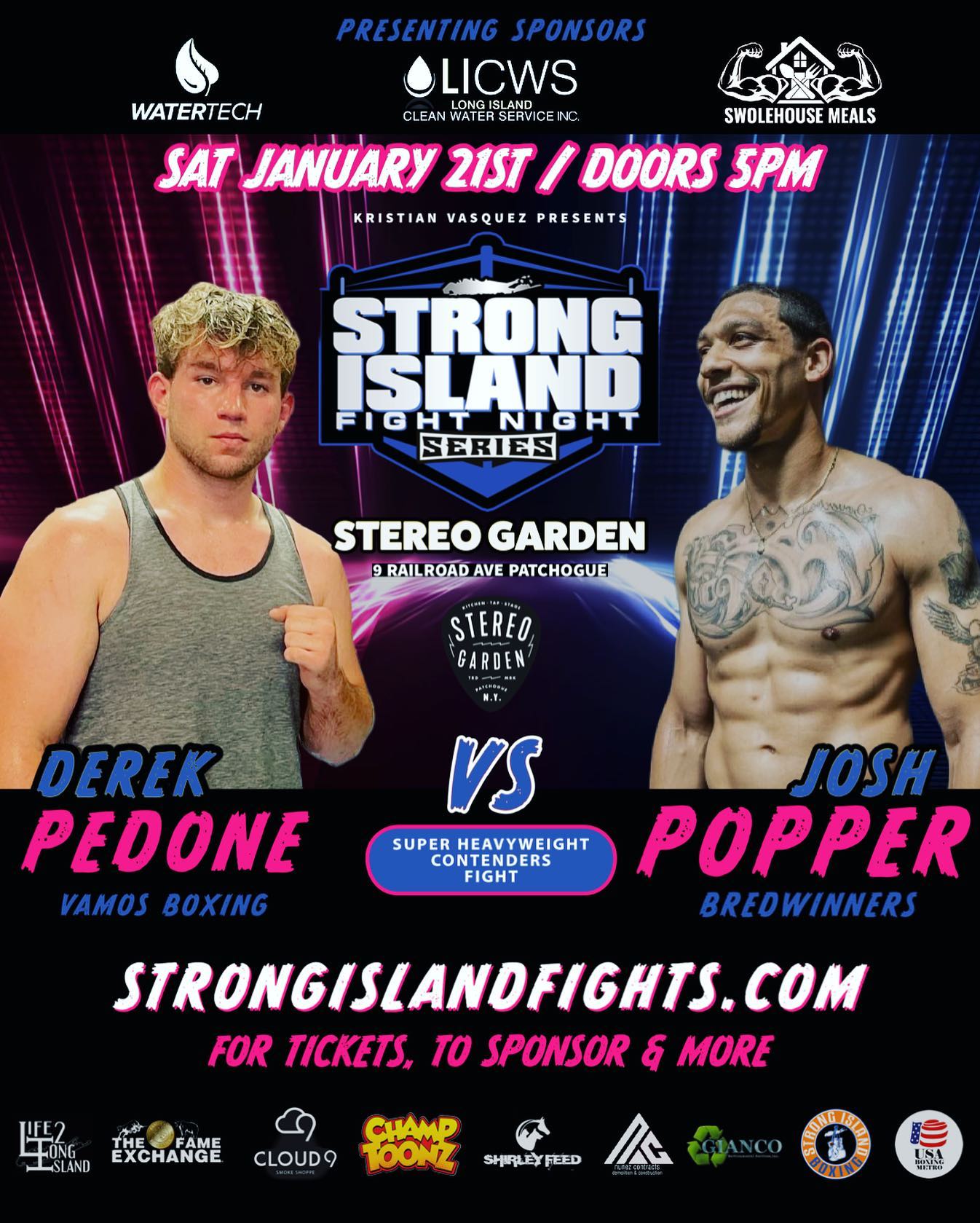