Interview with Laura Turzenski above (UPDATE:  We had issues with audio rendering and are working to replace video)

As a young woman, Laura Turzenski really enjoyed boxing and competing in the sport which she first started through group classes and working out at the gym.  Her parents were not too fond of her desire to compete in sports that they believed were mostly for men, but she never gave up her desire. Laura did have two exhibition bouts and captured the thirst to improve and train harder.  Once she was old enough, she had to fend for herself as far as financially supporting her goals in combat sports. They say timing is everything, and she happened to meet met fellow Albanian and professional mixed martial artist, Lenny “the Gorilla” Rufati.  Laura and Lenny began dating and spending lots of time together.  Soon she joined him at Roufusport MMA Academy and Turzenski started to hone all of her skills in addition to boxing.

Rufati and I had become good friends both being from the same town in NJ and doing countless media together. He would always tell me that his girl was very talented and was going to become a successful MMA fighter.  Unfortunately the Covid-19 pandemic hit and slowed regional events to a halt.  The two of them never stopped training with the goal to have Laura start taking fights as soon as the country would open back up.  Well that time came and Turzenski got to make her debut last week at B2 Fighting Series Live Event.  She entered the cage for the first time and took on Madelyn Henson.  Laura was extremely impressive in all phases of her game and put her opponent to sleep with a triangle choke early in round 2.  MyMMANews caught up with Turzenski to see how she felt about her debut and she tells us…

“I was very calm believe it or not.  Maybe almost too much.  Once the bell rang and I got hit in the face a couple of times, the switch went on and I was like I need to remember what we worked on in camp. That jumping knee I knew was there and felt good and using my reach was key as I out-struck her pretty well in the first.  Emmanuel Sanchez, who was in my corner, was working with me before the fight in warmups on the triangle.  He had a feeling that it would be there if she took me down and I remember him telling me to grab my calf to lock it in and during the fight, I could hear him from the corner giving me instructions.  It worked out perfectly and I put her to sleep. I can’t wait to get back in there and do it again.”

You can see our entire interview on the link above.

The video of her fight is all over social media and she was very impressive.  Turzenski has beautiful footwork and technique and looks like a quick learner as she has only been taking jiu-jitsu for about a year and a half.  Laura looks to be another great addition to the women’s mixed martial arts field and MyMMANews will be there for Chapter 2 after a very successful beginning. 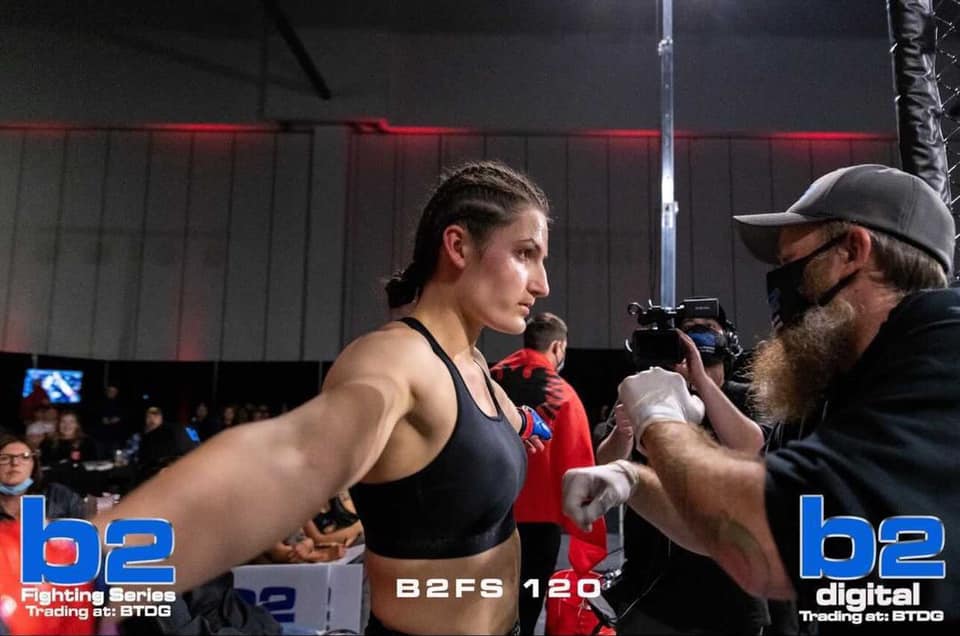 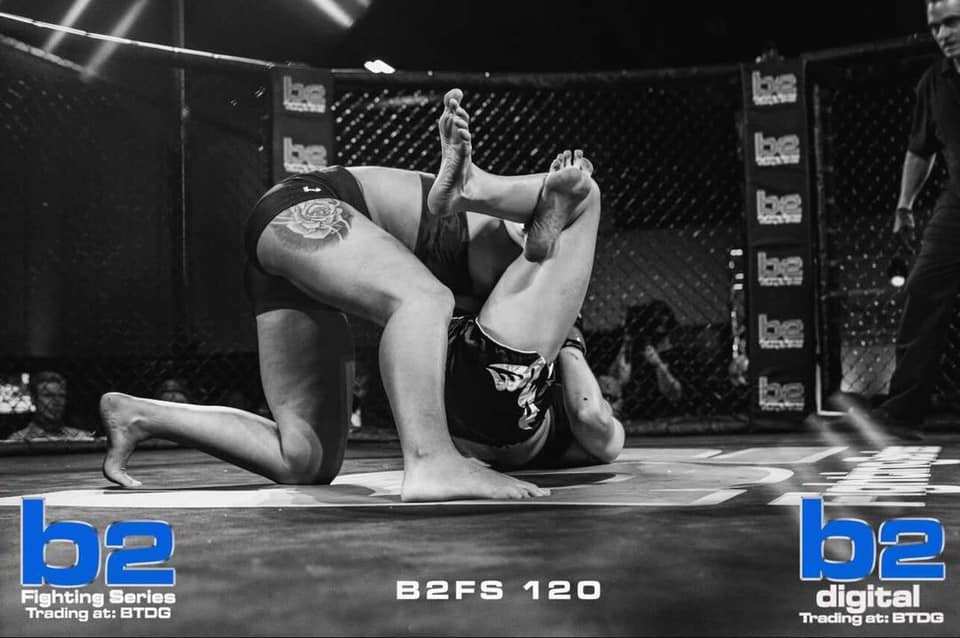 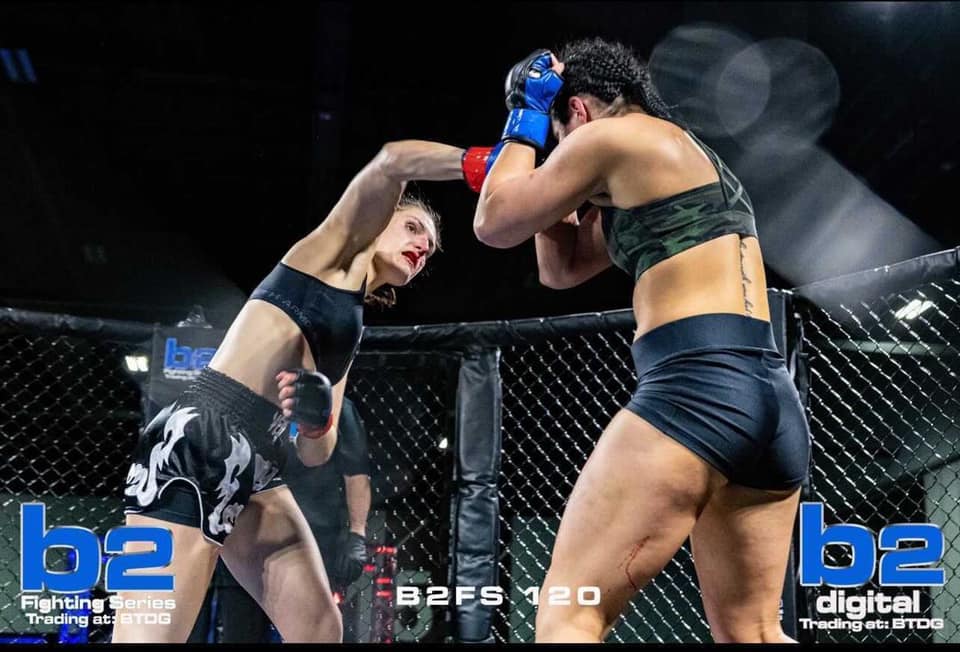 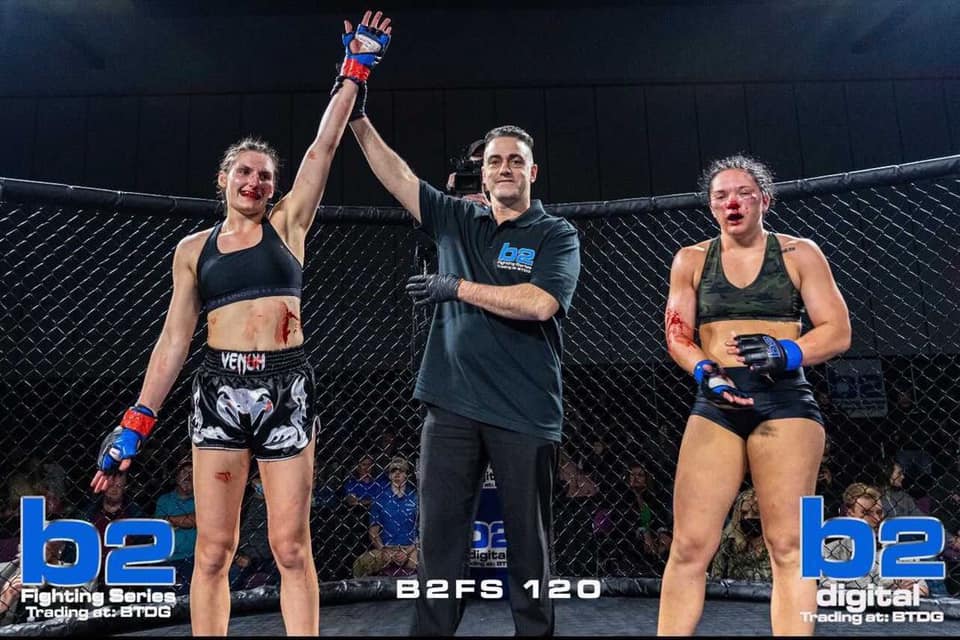