UFC vet Joby Sanchez is coming off an LFA 58, unanimous decision win over Demetrious Wilson and looks to continue the momentum when he faces Brandon Royval in the main event of LFA 65.

You’re in the main event of LFA 65. Talk to us about how camp has been going?
“Camp has been good. I’ve been getting ready for this fight for seven weeks and I feel really good. I’m happy with how it’s gone so far. As far as Brandon Royval, he was someone on my radar for quite a while, since I saw Nick Urso fight him.”

Brandon Royval has some wild striking and crafty submissions, what do you think of the match-up?
“I think it’s good. You said wild striking style and I find that funny cause, like it is wild, it’s very unpredictable. I don’t even think he knows what he’s throwing. I think he just like throws it out there. I take it very seriously and we’ve trained hard for that. As far as his grappling, his grappling off his back is really good. He can move from triangle to armbar to omplata back to triangle, another thing we’ve prepared for and I’m ready to shut that down.” 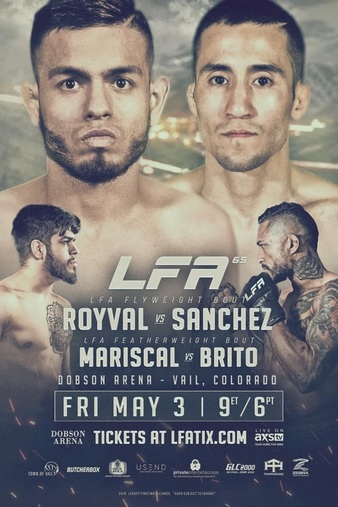