Irish MMA promotion Cage Legacy Fighting Championship returns for the first time in over 2 years with Cage Legacy 13 this Saturday, October 16th at the Pillo Hotel in Ashbourne, Co. Meath. The all-amateur card will be the first MMA event held in the Republic of Ireland since February 2020 due to COVID-19 pandemic restrictions. With three title fights on deck, the domestic show is expected to showcase some of the up-and-coming talent emerging from Ireland. 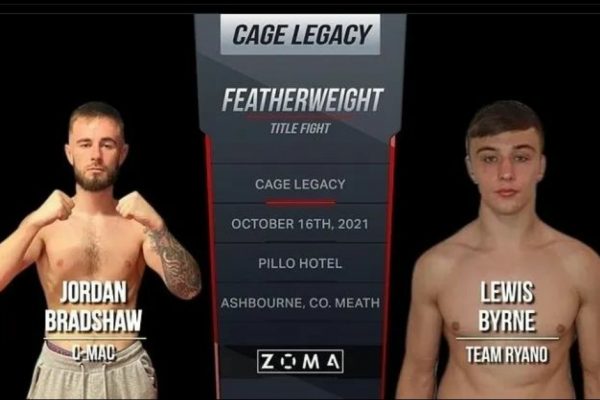 In the main event, C-MAC MMA’s Jordan Bradshaw (5-1-1 Am) faces Team Ryano’s Lewis Byrne (3-3) for the Cage Legacy Amateur Featherweight Title. Bradshaw hasn’t competed since 2019, but he will be looking to extend his two-fight win streak. In contrast, Byrne has been active in 2021, though he will be looking to snap his two-fight losing streak after suffering decision defeats to Ryan Keogh and Craig McGratten. 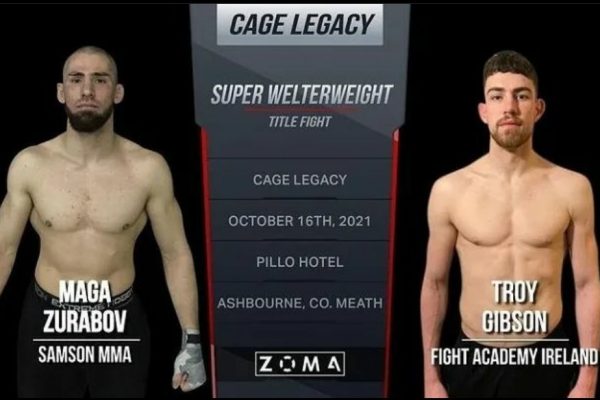 Samson Martial Arts’ Maga Zurabov (4-2 Am) takes on Fight Academy Ireland’s Troy Gibson (7-1 Am) for the Super Welterweight Title in the co-main event. Both fighters bring winning momentum into this contest. The Slovakian Zurabov was victorious against Denis Frimpong at Iúr Fighting Championships last month. Meanwhile, Gibson picked up a win in August over Oskar Salamkas at Cage Conflict 4, and the 25-year old will not only be attempting to bring yet another belt home to coaches Liam Shannon and Patrick McAlister, but also extend his winning streak to 4 on the trot. 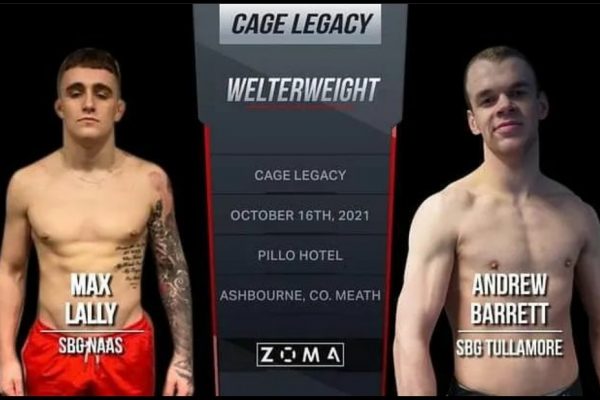 Rounding out the championship action, SBG Naas’ Max Lally (1-0 Am) and SBG Tullamore’s Andrew Barrett (4-4) will collide in a welterweight title matchup. Barrett’s 100% stoppage rate when he wins indicate his proven finishing ability, and the Battle Arena British Champion has notched back-to-back 1st-round submissions in his last two outings. His opponent, Maximus Lally, is one of the bright young prospects emerging on the Irish amateur scene. No stranger to gold, the Brazilian Jiu Jitsu phenom was recently crowned the IMMAF Junior World Champion at the world championships in August. After announcing himself on the world stage, 18-year-old Lally competed in first senior fight, making quick work of Pádraig Hannon at Iúr Fighting Championships last month.

The full card can be found below, and fans can watch all the action LIVE from 3pm by purchasing the €10 PPV at the link below: