Georgian bantamweight fighter Merab Dvalishvili gets to face his first ranked opponent this weekend at UFC 252, as he takes on former two-time UFC flyweight title challenger, the No. 12 ranked UFC bantamweight contender John Dodson. Dvalishvili just cracked the top 15 himself, and he’s looking to continue climbing that ladder.

This is a very interesting fight, Dodson has fought the best of the best since joining the UFC back in 2011, and Dvalishvili seems to break a new record each time he competes.

Dodson has been an elite talent since we first got notice of him on The Ultimate Fighter 14, where he went 3-0 on the show with two knockouts, and won his season with a first round TKO victory over TJ Dillashaw at the finale. He then won his next two fights against Tim Elliott (unanimous decision) and Jussier Formiga (TKO) before challenging Demetrious Johnson for the UFC Flyweight Championship. 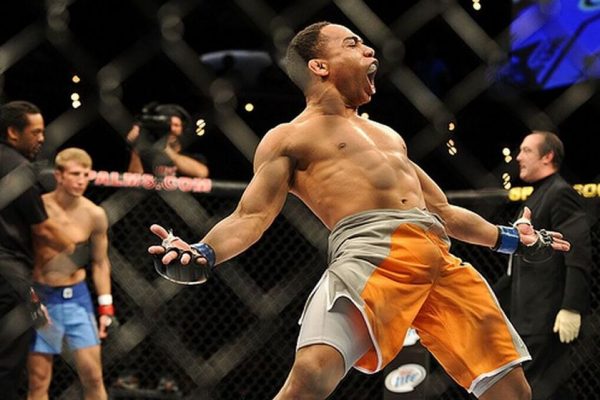 He ultimately lost that fight via unanimous decision, though it was quite close, as two judges gave him two rounds of the fight. Dodson then won his next three straight over Darrell Montague (KO), John Moraga (TKO), and Zach Makovsky (unanimous decision), before again challenging Johnson for the UFC Flyweight Championship, but he came up short once again. The rematch with Johnson wasn’t anywhere near as close of a fight as their first.

Dodson then decided to go back up to 135 lbs, where he quickly TKO’d The Ultimate Figher 5 finalist and former WEC featherweight title challenger Manny Gamburyan, before losing a five round split decision to John Lineker. He then defeated Eddie Wineland via unanimous decision, lost a split decision to Marlon Moraes, and defeated Pedro Munhoz via split decision. 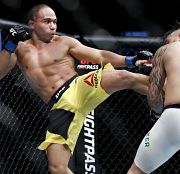 Since defeating Munhoz however, Dodson’s gone 1-2, losing unanimous decisions to Jimmie Rivera and Petr Yan, and he TKO’d former Cage Warriors Bantamweight Champion Nathaniel Wood early in round three of his last fight. This was a big win for him, a very big win. Wood is an incredibly talented and skilled individual who’s now 4-1 in the UFC, and it was Dodson’s first finish in four years.

Dvalishvili has really taken us all by storm since we first saw him fight. Even in his first two UFC fights, both of which were defeats, he showed he has all the potential in the world. He lost his UFC debut to Frankie Saenz via split decision, who he took down eleven times, didn’t get taken down a single time himself, and out-struck 104-66 in total strikes.

He then lost to Ricky Simon via submission (guillotine choke) at 5:00 of round three. Both of these losses were very controversial; no one thought he lost to Saenz, and most believe he wasn’t unconscious after that guillotine was let go when the bell sounded. Not to mention he dominated the fight with Simon, as well as the fight with Saenz. 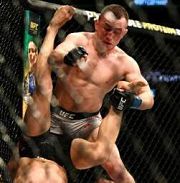 He’s now currently on a four-fight win streak, winning all twelve rounds he’s had since with many of those rounds being 10-8’s. He has three separate fights with over ten takedowns thus far in the UFC, the only other fighter in UFC history that’s done that is Demetrious Johnson, and Dvalishvili’s only fought six times inside the octagon.

He has the most takedowns in UFC bantamweight history with 39, and if his last fight was at 135 lbs, rather than a catchweight of 140 lbs, he’d have 52. The spot directly below him belongs to Urijah Faber and Ricky Simon, both of whom have 26.

Dvalishvili is almost like a mix between Colby Covington and Khabib Nurmagomedov, that’s the best way to describe him to someone who hasn’t watched him fight. He’s like Covington in how relentless he is in perusing the takedown, and also throws a lot of strikes. He’s like Nurmagomedov because of his well rounded takedown attack, and because he has great ground-and-pound. 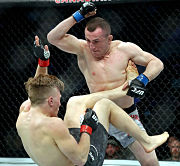 Dvalishvili just doesn’t stop coming forward when the fight’s on the feet, and he doesn’t stop once he’s got it to the floor either. He never ends up on bottom, he’s a great scrambler, he’s going to be a huge problem for most bantamweights out there.

That’s exactly what Dodson is, a special athlete. He’s the type of athlete that can jump forward and do a back flip, he’s very powerful, and he’s the fastest fighter in the UFC. Demetrious Johnson and Kyoji Horiguchi are the only talents the UFC has ever had that compared to the quickness Dodson possesses.

How do you see this epic bantamweight clash going?

By Alex Behunin 17 mins ago

By Andy Stevenson 31 mins ago