We have a very telling welterweight scrap to look forward to this Wednesday at UFC Fight Island VIII, as top ten talents Michael Chiesa and Neil Magny do battle in the five-round main event of the evening.

This is a very interesting fight for many reasons. One being it was initially slated for three rounds, and was bumped up to five a couple weeks ago when Khamzat Chimaev was forced out of his main event bout with Leon Edwards. 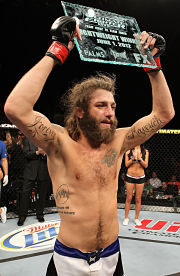 Aside from the conflicting contrast of styles, another interesting thing about this match up is that they’re both The Ultimate Fighter veterans; Chiesa from season 15, and Magny from season 16. 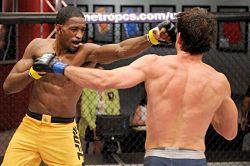 After Chiesa defeated Iaquinta at the finals, he then submitted (rear naked choke) Anton Kuivanen in round two, before being submitted (D’Arce choke) by Jorge Masvidal at the end of round two. 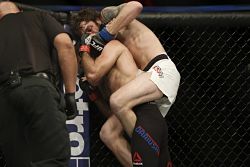 Next came a doctor stoppage defeat to Joe Lauzon in an incredible back-and-forth war that was cut short in round two due to a cut above Chiesa’s eye. He then won his next three straight against Mitch Clarke (UD), Jim Miller (rear naked choke), and Beneil Dariush (rear naked choke).

Chiesa had just submitted 1st-degree BJJ black belts in round two of his last two fights, things were looking pretty great for him, until he had that controversial defeat to Kevin Lee.

Lee had a rear naked choke fully locked in on Chiesa, and Chiesa didn’t tap, nor did he go out, but the referee called it right then and there. It’s hard to imagine Chiesa getting out of that, it was as locked in as it possibly could’ve been, but it’s still unfortunate. It is possible he could’ve gotten out. 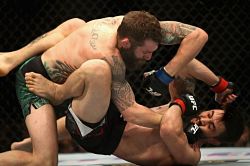 This was followed up by Chiesa being submitted (triangle armbar) by former WEC & UFC lightweight champion Anthony Pettis, a fight he missed weight for by 1.5 lbs, and it was time for a change.

‘The Maverick’ Michael Chiesa then moved up to 170 lbs, where he belongs, and has looked nearly unstoppable since. 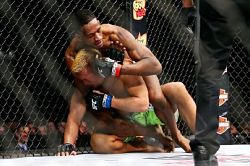 This was halted by a submission (rear naked choke) defeat to Demian Maia, before going on a three-fight win streak over the likes of Erick Silva (SD), Kelvin Gastelum (SD), and Hector Lombard (TKO). 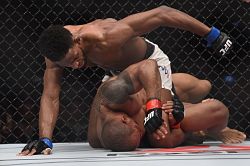 After facing Ponzinibbio, Magny too was forced to take some time off, and didn’t come back until 17 months later to face Li Jingliang, who he dominated to a unanimous decision victory. 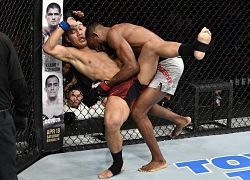 Ponzinibbio just came back a couple days ago at UFC Fight Island VII after 26 months away, where he was KO’d by Jingliang. Isn’t it weird how the tide shifts in combat sports? Oh, the irony.

This was followed up with back-to-back unanimous decision victories over Anthony Rocco Martin and former UFC welterweight champion Robbie Lawler. The improvements Magny has made are just remarkable.

It’s not very often you see talents take as much damage as he has, then continue getting better and improving regardless. Dustin Poirier has that quality, as does Rafael dos Anjos and Charles Oliveira. What do all of them have in common? They’re all top ten talents in the sports deepest division.

Magny is up there, only at 170 lbs, the sports second deepest division. 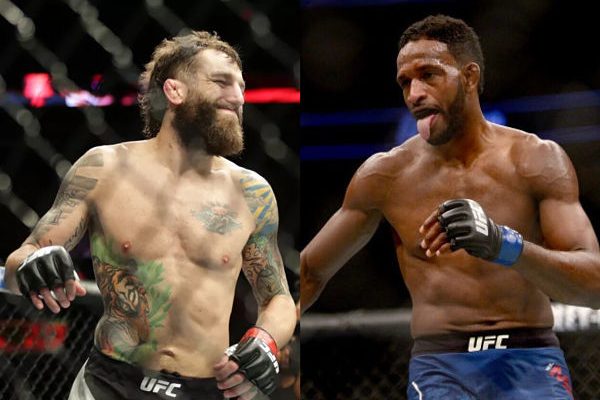 This fight is a pretty straight-forward matchup, a classic striker versus grappler. Chiesa is going to have to get this fight to the mat, where he almost certainly has the advantage, but he’ll need to be careful.

Magny is no slouch on the ground himself, he has a brown belt in BJJ under former bantamweight kind Miguel Torres, and he knows how to use it. Not to mention, Magny’s frame is just ridiculous. He could have half the skills off his back and still pull off triangles because his legs are so damn long.

The same goes for D’Arce’s, or any kind of front choke, because his arms aren’t any shorter. They’re actually longer.

Where Magny needs this fight is obviously on the feet, where he has an impeccable advantage. His striking is so fluent, and he doesn’t discriminate his attack, he throws everything at his opponents trying to get them out of there.

If Magny can keep his range and stuff Chiesa’s takedowns, it’s going to be a good night for him. But, if Chiesa can get him down, he’ll need to throw those legs up in order to attack, as well as to get back to his feet.

Of course, that range means nothing if you’re unsure of how to use it, Magny’s perfected using it.

By Brady Briggs 19 mins ago

By Adam Crist 39 mins ago