We have an absolutely epic bantamweight clash this weekend, as ‘Sugar’ Sean O’Malley takes on Marlon ‘Chito’ Vera in the co-main of UFC 252. This fight has been talked about for some time now, and it’s finally about to happen! They were scheduled to face one another at UFC 239 about thirteen months ago. This was in the middle of O’Malley’s two USADA suspensions however, which in total took exactly two years away from his career. 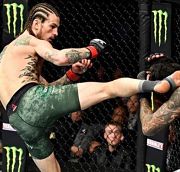 O’Malley is finally back to being active, and he’s better than he’s ever been. Once coming to the UFC, O’Malley won two straight unanimous decisions over Terrion Ware and Andre Soukhamthath, before he was forced to take a two year break. Upon return, he picked up back-to-back first round knockouts over José Alberto Quinonez and Eddie Wineland.

Before joining the UFC, ‘Sugar’ was on a four-fight KO streak, with his most recent being against Alfred Khashakyan, who is the bantamweight talent Sergio Pettis made his Bellator debut against. Khashakyan has eleven wins, all of which are via knockout, and O’Malley is still the only opponent he’s had that finished him with strikes.

Khashkayan’s only losses are to great fighters as well. Aside from his loss in his professional debut, Juan Archuleta, Ricardo Ramos, Sergio Pettis, and Sean O’Malley are the only guys to have a win over him.

O’Malley’s most recent performance however is what really turned some eyebrows. He’s had a few jaw dropping finishes, from his LFA spinning hook kick knockout, or his Contender Series knockout over Khashakyan, and now his first round knockout over Eddie Wineland.

It was one of the prettiest one punch walkoffs we’ve ever seen, especially for a lower weight class. He also landed a beautiful head kick followed by an uppercut on Quinonez, which led to the TKO victory. 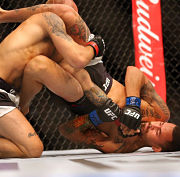 ’Chito’ Vera came to the UFC with a 6-1-1 record back in 2014, and while he initially went 1-2 with two unanimous decision defeats and a second round triangle choke victory, he then won three of his next five fights with victories over Ning Guangyou (unanimous decision), Brad Pickett (TKO), and Brian Kelleher (armbar), and the two defeats coming to John Lineker and Douglas Silva de Andrade, both by unanimous decision.

Since then however, ‘Chito’ has won five of his last six; six of his last six if you ask most of the MMA community. He finished all five wins, and lost a very controversial unanimous decision to Song Yadong in a featherweight bout back in May.

It was a great fight that Vera should have gotten the nod in, but nonetheless, this is a great fight between two highly touted prospects and soon to be contenders. 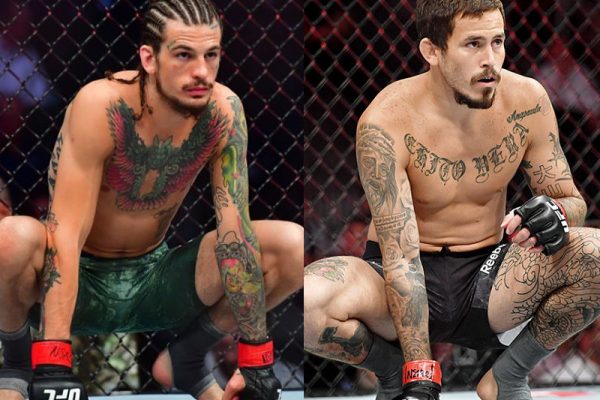 This is such a compelling match up for so many reasons. Firstly, they’re both incredibly talented bantamweights, and they’re both finishers. They’re also both strikers, though Vera is a BJJ black belt, and he has a good variety of submission wins. O’Malley has stated his grappling to be his secret weapon. That’s mostly what he trained in during his time away while he was suspended and also while he was injured.

Both of these men have had a ton of success inside the octagon thus far, and both also have a long career ahead of them. ‘Chito’ is just 27-years-old, while ‘Sugar’ is just 25-years-old. It’s the talent level each of these men possess at the age they are that makes them so special and highly touted.

O’Malley has some of the most unique striking we’ll ever see in the sport of MMA, he’s very similar to Conor McGregor in the way he fights. Both he and McGregor have this sense of distance like no other, and both know just when to pivot their feet and turn their knuckles in order to make their punches sting, as well as knowing just when to throw those strikes. Both are incredibly accurate, and both are great at setting up dangerous strikes.

O’Malley is a bit more advanced than McGregor however, he fights just as effectively in both stances, while McGregor’s a southpaw, and O’Malley also has a very diverse arsenal of kicks that’re also incredibly dangerous.

Vera is also a very dangerous striker, though he’s more of a traditional Muay Thai striker. He has great hooks to the head and body, great round kicks and switch kicks to the legs, body, and head, he’s a very well rounded striker and fighter.

One thing that really separates these two is that O’Malley uses a lot of straight attacks, like his crosses, snap kicks, but he also throws some rounder shots and is also effective with them. Vera on the other hand generally throws those rounder shots, like round kicks, hooks, and overhands. He’s also good with straight shots as well, like his jabs and crosses, but he doesn’t have the same snap on them as O’Malley. The fastest way from point A to point B is a straight line, and O’Malley has perfected that.

How do you see this epic battle of bantamweight strikers going?