Pocono Fight Night returns to the Chateau Resort and Conference Center in Tannersville, Pennsylvania,  Friday, June 9, for another exciting night of professional and amateur boxing fights. 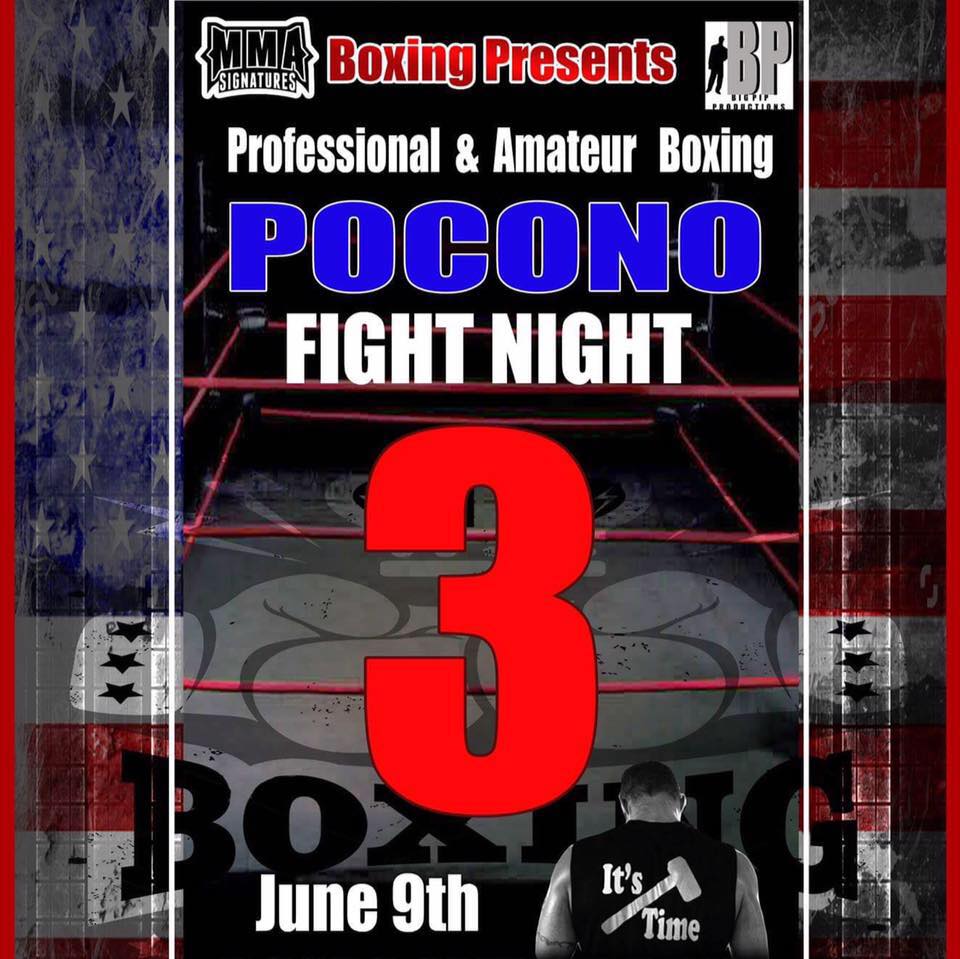 Fight promoter A.J. Hiller promises “Pocono Fight Night 3 will be the biggest boxing card this region has ever seen.”

Oltmanns is 11-6 with 7 KO’s and this is his first time in two decades that he is fighting in from of his home town. A win on June 9 will put the elder Oltmann into contention for a World Championship Title.

Oltmanns’ son, Jesse Jr., will also be fighting on the amateur undercard. This is the first time father and son have ever competed on the same sanctioned boxing card in Pennsylvania state history.

Other professional fights, include East Stroudsburg resident, Lamont Capers who is ranked #23 in the U.S.

Hiller states that he also has four boxers making their professionals debuts.

In addition, Pocono Fight Night 3 have an action packed night of amateur fights including Mike Bamiro, who is a 6’9” professional football player, most recently playing for the New York Giants and Philadelphia Eagles.

Other amateurs on the card include area native, Will Stanley, East Stroudsburg High School football star and Jonathan Torres, Bethlehem, amateur champion.  Other local fighters to be announced.

Hiller states “we will also have several celebrities on hand including former world champions.”

Get Ready for the best boxing promotion in the Poconos.

Doors at the Chateau Resort & Conference Center will open at 6 p.m.