Five Star Performances, larger than life personalities, riveting storylines professional wrestling has effortlessly captivated the hearts and minds of its viewers. The sport is polarizing, which has grown into an entraining powerhouse gracing our television screens and selling out arenas worldwide. The infatuation has also inspired avid fans to pursue a career of becoming a professional wrestler.

It all seemed like yesterday, over two decades ago, when Jordan McColl got his first glance of a pro wrestling television show, in his small home of Glasgow, Scotland. This liking would later turn into a vision that sparked a transformation into becoming rising Indy talent, The Highlander Calder McColl. Learning, Setbacks, Reinvention; it’s a rigorous road McColl has taken in his journey.

MYMMANEWS got the opportunity to speak with Highlander McColl as he documents his journey in his continual quest of domination in the world of professional wrestling.

Professional Wrestling has become a polarizing sport that draws many fans. What was the image, the spark that inspired you to become a professional wrestler?

Calder McColl: As a child whenever wrestling was on the TV I would sit down and be enthralled. The first time I remember being truly captivated was Summerslam ’96, the opening bout, Owen Hart vs. Savio Vega completely blew me away and looking back, I can see why! They told a great good vs. bad guy story, just as Owen looked beat, he cracked Savio with his cast for the pin behind the ref’s back! From that point on, I became a huge fan, and it became a dream to become a pro wrestler. 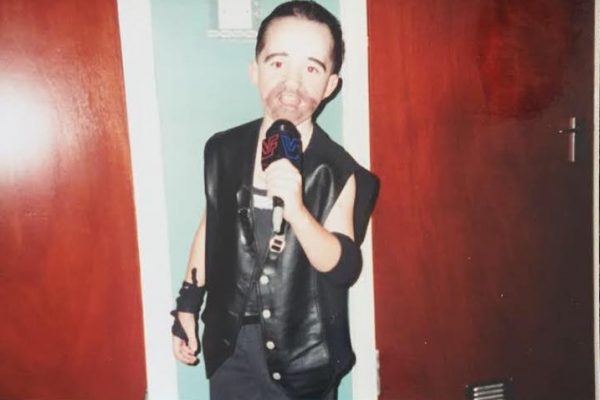 You started your humble beginning at a prominent wrestling school in Scotland, home of some famous wrestlers that now grace today’s big stage promotions. Share with us how you got your start as a professional wrestler.

Calder McColl: I had found out that my good friend had been taking wrestling classes, which shocked me because I never knew that a school existed in Scotland. Never mind being an hour and a half bus ride away from me, so I got the information and the very next practice I tagged along with my friend Kevin and never looked back! My very first bumps were shown to me by Drew McIntyre who at the time had been training for three years. The school, which was only 1 of two schools in Scotland at the time, went on to produce many names that would work all over the world, stars such as Drew, Noam Dar, Wolfgang amongst others.

Describe the process of becoming a professional wrestler?

Calder McColl: The stages of being a pro wrestler are very tough. You must first be a reputable school under good trainers who have walked the walk. You must learn to fall, learn basic holds, footwork, rolls, running the ropes, hitting the corners, moves, putting it together, psychology, storytelling, selling, as well as conditioning work. Now don’t forget about paying your dues, setting up and tearing down at shows, working security/merchandise/timekeeping/referee. The journey to becoming a pro wrestler is very long and challenging but can be rewarding if you see it through. 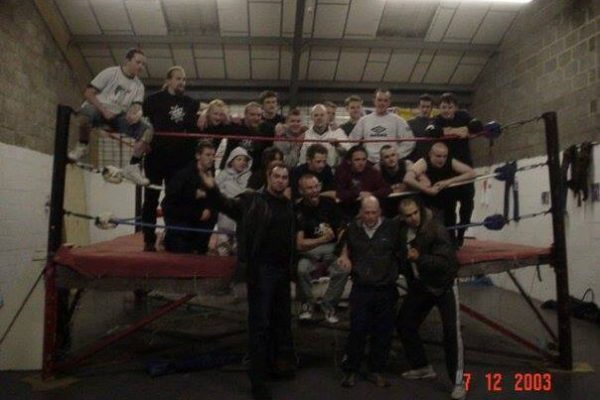 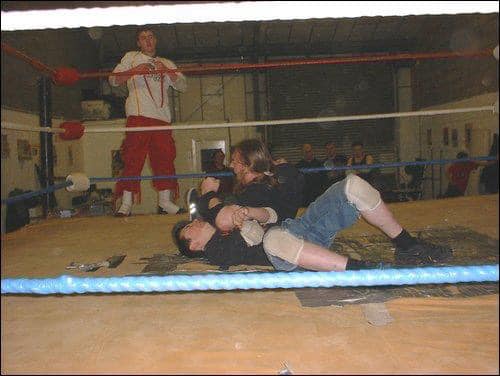 Now at some point, that dream faded away, as you directed your focus on other projects. Why the halt on your professional wrestling career?

Calder McColl: In 2010 the Wrestling landscape was very different. At the time WWE was only interested in hiring these cookie cutters, tall, massive, bodybuilder types which was discouraging, and at the time I had been training in the arts for a few years, had 4 pankration fights under my belt and MMA was starting to take off, so I decided to pursue MMA. When I decide to do something, I can be very single-minded, so if I were going to commit to MMA, then I would drop other pursuits that may harm it, and wrestling is VERY time-consuming!

Somewhere along the journey, your dream reignited. What inspired you to rededicate yourself back to Professional Wrestling?

Calder McColl: After an 8-2 career I had no desire to fight anymore. I still loved the sport, I was still coaching MMA which lead to a conversation with old teammate Fernando Marrero, and history repeated itself, I find out he is training in pro wrestling. So I decided to tag along, the bug bites me, and I decided to make a second run at it. 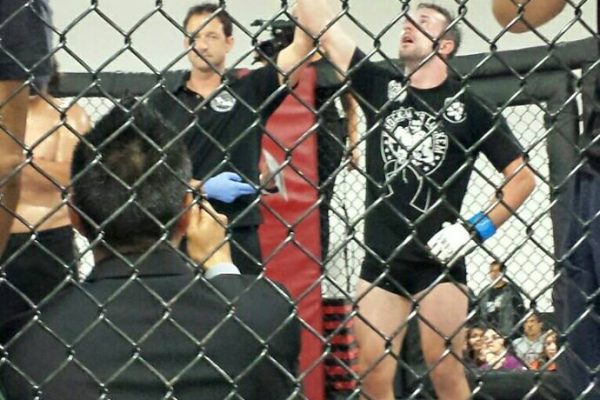 How is your focus different now from your first Pro Wrestling run?

Calder McColl: Woooofffft! Night and Night different haha! Before I had a terrible work ethic, no game plan, no strategy to get better, to be seen and get on bigger platforms. I was stale for a long time on my first run!

Something that will be relatable, but jiu-jitsu taught me how to learn, to a game plan, strategize, achieve goals, methodically look at things and remove my ego to look at myself objectively. The grind is nonstop. You only have to check my Instagram stories to see me up at 3/4/5 in the morning working on videos, media, planning travel and more!

Now, the enigma that is known as The Highlander Calder McColl, what inspired the birth of this character?

Calder McColl: Calder has taken all his years of study, education, and repetition in the art, and he unleashes it on his opponents fueled by the hatred in his heart from the spirit of his Celtic ancestors from the battlefield!

What makes Calder McColl the hottest in ring star today? 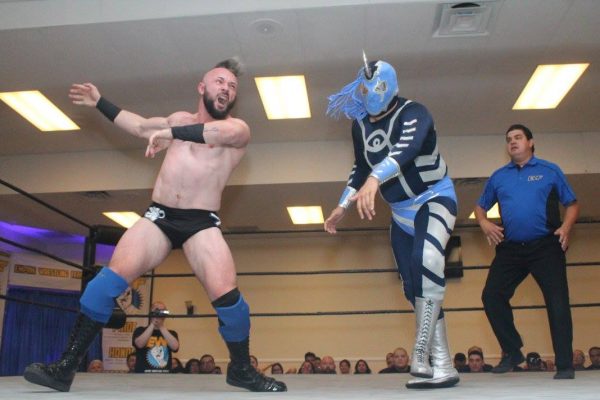 The Highlander has been on a roll crushing the competition in Indy promotions across the West Coast. How does the experience competing in various promotions assist in your development?

Calder McColl: The experience is invaluable; it’s all about perspective. To me every time I get into the ring, the challenge is to connect with a new audience, tell a story and give them something to remember/believe in!

Finally, what is Calder McColl’s goal in professional wrestling?

Calder McColl: My goal is simple, and I want to be able to do this at a level where I can comfortably make a living for my family and me.

By Mike Heck 4 days ago

By Mike Heck 4 days ago