Roxanne Modafferi grew up in Pennsylvania in what she described as a middle class home with loving and supporting parents.

Her MMA journey started at a young age after competing in Judo and Jiu Jitsu for a while as a teenager. She would go on to get a college degree and be an English teacher for a number of years, as well as an author, all while pursuing her MMA career.

Despite her light and respectful demeanor, Roxanne “The Happy Warrior” Modafferi is a ruthless competitor in the cage. This was never more apparent than in her last fight at UFC 246 where she scored a gruesome unanimous decision win over formerly undefeated prospect Maycee Barber and put the whole women’s flyweight division on notice, even getting the attention of the champ, Valentina Shevchenko.

While she admits getting a title shot would be nice,  Modafferi claims she tries not to be fixated on that goal, stating that “I really wanna show all the improvements I’ve been making lately…  I just wanna KO somebody before I retire.  Then probably not again because it sounds sad.  I just want to prove that I can do it.”

The flyweight veteran feels that despite all her years in the sport, she hasn’t plateaued and is making great strides under her trainers at Syndicate MMA in Las Vegas, NV.  She says she’s also thankful to personal trainer Lorenzo Pavlica and massage therapist Teri Wallace for helping to hold her body together and making her stronger.

Not one to fit into traditional MMA fighter stereotypes, Modafferi went on to briefly elaborate on some of the ways she believes fight culture has changed in the WMMA community for the better, stating “I think more in the past females got more opportunities if they were pretty or had large breasts, but I think nowadays in the year 2010 and up, the level of female fighters has caught up to the men’s, so if a girl can’t back up her beauty, she won’t get far.  Thank goodness because it was annoying seeing women get signed on looks.  I’ve never run into any problems, I don’t think.  I’ve always been highly ranked, so my skill made me popular enough to book to fight. In the gym, people treated me just like a man in training because I tried really hard and am motivated.”

Modafferi has a whopping 41 bouts in MMA with a 24-17 record. One of the few veterans of the sport that’s still currently active on her level, she says her ambition in the sport has never wavered, exclaiming “I still have the same enthusiasm I had in the very beginning, and that is to work hard, get stronger and better, and test my skills in live combat!”

The veteran says she’s never felt the emotional turmoil that most fighters encounter in the sport, explaining “I never feel angry or anything about fighting.  I just want an opponent – anyone – so I can try my MOVES on her! That’s so exciting to me!  I’ve been working so much stuff lately in training that I want the UFC to hurry up and book me so I can test them out!”

Her last performance left the fans wanting more in the sparse women’s flyweight division and I’m sure the UFC will be happy to oblige “The Happy Warrior.” 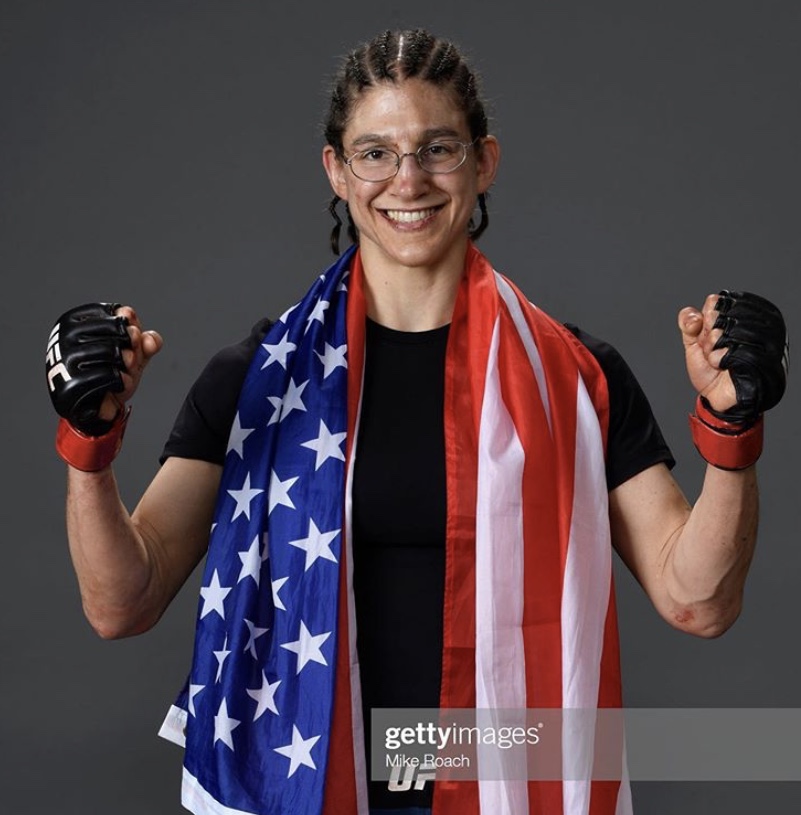