This Saturday, July 14th, the worlds best will collide once and for all to see who the undisputed catch wrestling heavyweight champion is.

The Snake Pit U.S.A. event will take place at Primal Gym located in Hamilton, New Jersey.  The no holds barred tournament will include 8 of the worlds best NO-Gi heavyweight catch wrestlers. One of the 8 men is none other than former UFC heavyweight champion, Josh “The Warmaster” Barnett.

Josh recently parted ways with the UFC largely due to a problem with a “failed” drug test. Barnett became the first UFC fighter to win an appeal against USADA when an arbitrator determined he unknowingly took the banned substance. Barnett’s manager spoke with ESPN about signing with a new organization saying, “I was confident there would be some interest, but we are blown away by the response to his availability,” Bellator president, Scott Coker, recently said they were very interested in signing Barnett.

UPDATE: Josh Barnett withdrew due to a leg injury.

ONE BELT, ONE TITLE! NO POINTS & NO HOLDS BARRED! 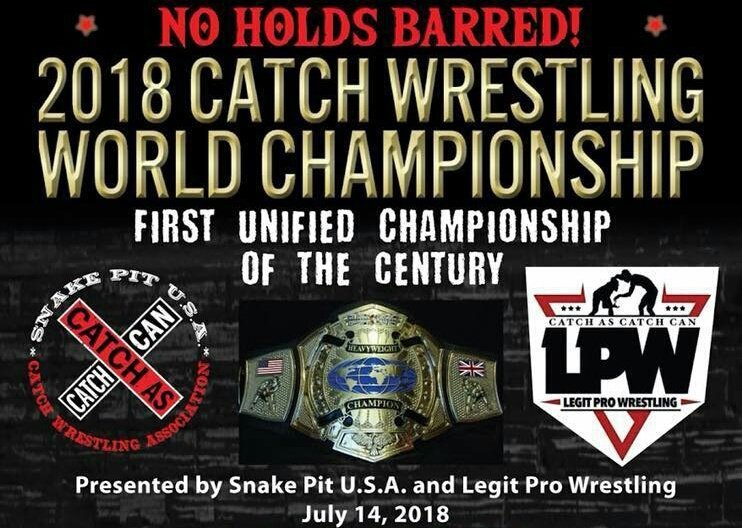 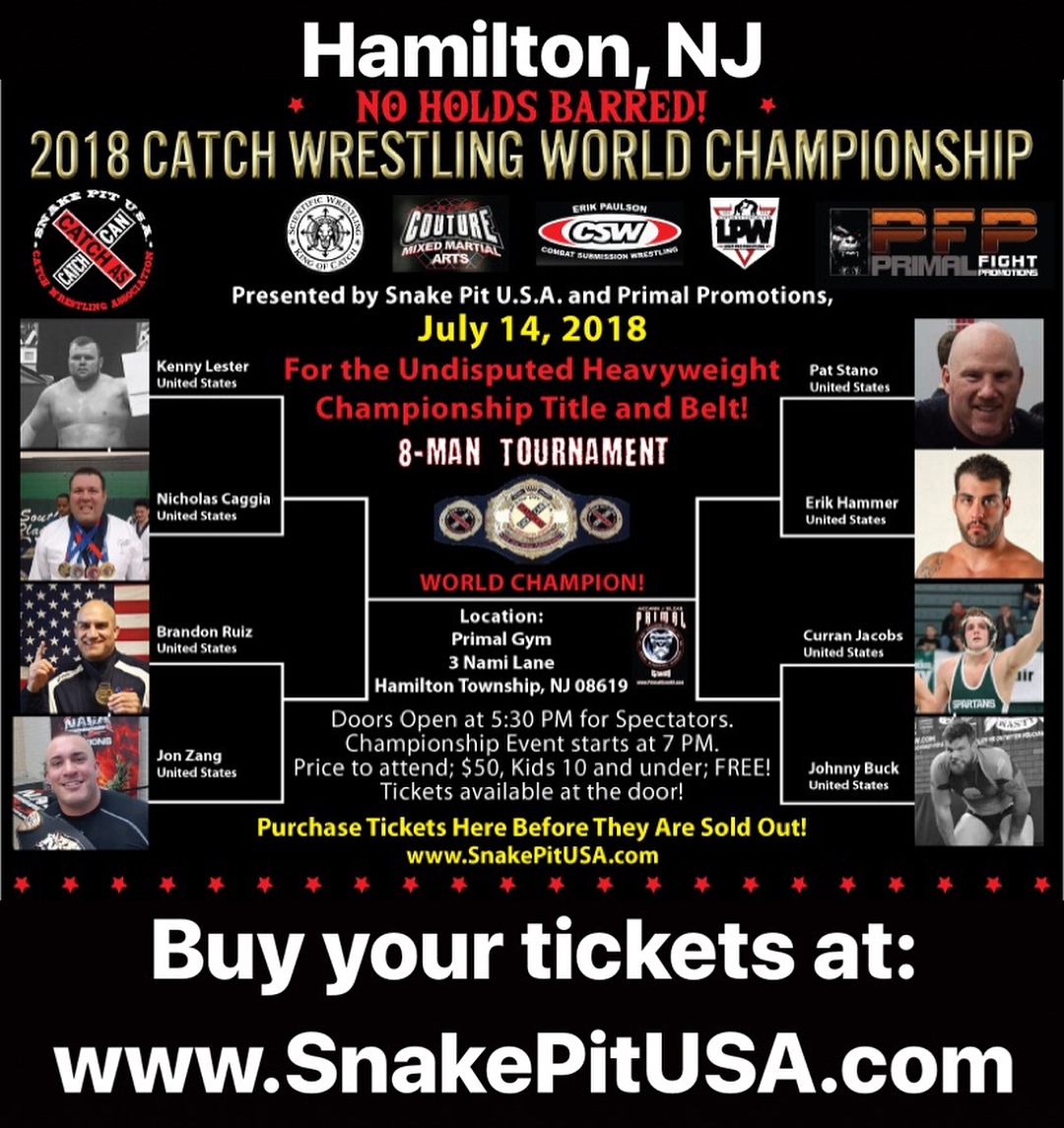 Kenny Lester defeated Nick Caggia with a pin in the 2nd round.

Brandon Ruiz defeated Jon Zang by neck crank in the 2nd round.

Erik Hammer defeated Pat Stanos in the 2nd round. Stanos could not continue after Hammer took him down mid way into the round.

Brandon Ruiz defeated Kenny Lester with a pin in the 1st round and the 2nd round earning him a trip to the finals.

Curran Jacobs defeated Erik Hammer by Rear Naked Choke and is heading to the finals.