We have an incredibly exciting undercard bout coming this Wednesday, January 20, as a couple lesser known flyweight talents do battle in the preliminary co-main event of the evening.

This has the potential to be a very entertaining scrap between two young, elite strikers in Chinese prospect Su Mudaerji and Uzbek prospect Zarrukh Adashev. 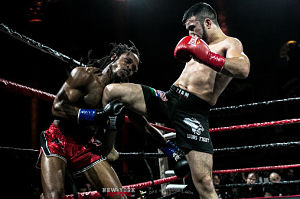 Now, Adashev only has five professional mixed martial arts fights to his credit, going just 3-2 thus far into his young career, including his 0-1 UFC record, where he was KO’d by Tyson Nam.

There’s no shame in that, Nam is an elite fighter and he’s very dangerous. Not to mention, it was Adashev’s first UFC fight, his fifth mixed martial arts fight overall, while Nam is a former champion with 30 fights.

Adashev doesn’t have just five fights total though, he went 16-3 as a professional kickboxer with ten knockouts, as well as winning the WKU K-1 World Championship. That makes for a great opponent against Mudaerji.

Su Mudaerji is a highly touted 24-year-old stud, and he made some waves with his most recent victory by KO’ing fellow touted prospect Malcolm Gordon just 44 seconds into round one.

That was in the end of November. His last fight before that happened in August of 2019 where he defeated Andre Soukhamthath via unanimous decision at 135 lbs, after being submitted (armbar) in his UFC debut by Louis Smolka.

This is such an underlooked bout and it really shouldn’t be, it could easily be Fight of the Night, and it could also easily a Performance of the Night for one of them.

Win or lose for either of them, hopefully the UFC keeps them around and continues building them.