We have a truly epic scrap going down this Wednesday at UFC Fight Island VIII, as former bantamweight champions Umar Nurmagomedov and Sergey Morozov make their promotional debuts opposing one another.

It is a real blessing the UFC rebooked this fight, as it’s been signed a couple different times. First, they were supposed to meet in October at UFC 254, with Nurmagomedov withdrawing due to an illness. 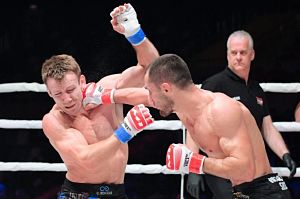 Next the UFC matched them up for UFC 257, but ultimately decided to have them square off three days earlier at UFC Fight Island VIII. It’s the perfect time for both to be making their UFC debuts; Nurmagomedov is 12-0, while Morozov is 16-3.

We don’t yet know how their UFC careers will go, but we do know these are two of the best fighters in the entire world outside of the UFC, let alone at 135 lbs. Now they’re here, and have to prove themselves opposite one another.

It’d be one thing to have them make their debuts against someone else, a UFC veteran even, but the fact they matched these two up in their first go’s, it’s very interesting. 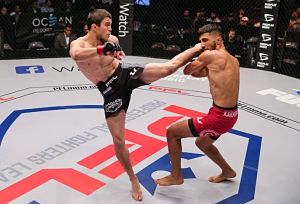 Nurmagomedov has some pretty remarkable striking; his kicks of all sorts are lethal, and of course, his wrestling is at a very high level as well. Then we have the dangerous striking of Morozov, who’s also very sound on the mat.

This of course means Morozov should be right in the middle of his peak, while Umar Nurmagomedov won’t be at his for another five years or so. That’s pretty exciting, and yes, Umar is Khabib Nurmagomedov’s relative, they’re cousins.

Who wins this bantamweight battle of former champions?