We have a very exciting flyweight bout to look forward to this weekend, as former flyweight champions Matt Schnell and Tyson Nam go to battle on the second fight of the main card.

These two were initially slated against one another at UFC Vegas 17, December 19, but Schnell was forced out due to medical issues related to his weight cut. They both appear healthy two days before the fight this time however, as they’re expected to meet on Wednesday, January 20, at UFC Fight Island 8. 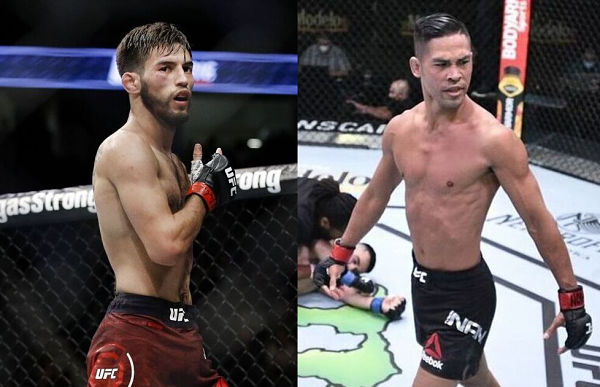 Schnell comes into this fight ranked as the No. 9 UFC flyweight contender, while Nam comes in ranked at No. 13, though he should probably be a little higher. 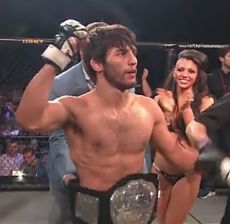 The UFC decided not to cut him however, and he went on a four-fight win streak following these setbacks, defeating the likes of Marco Beltran (UD), Naoki Inoue (SD), Louis Smolka (triangle choke), and Jordan Espinosa (triangle choke).

This was followed up by a KO defeat to top five talent and fellow TUF 24 castmate Alexandre Pantoja in his most recent fight back in December of 2019.

Tyson Nam, like Schnell, also lost his first two UFC bouts. He came to the UFC with a record of 18-9-1, losing back-to-back unanimous decisions to Sergio Pettis and Kai Kara-France. 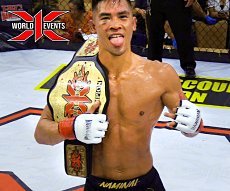 Dantas was the champion in Bellator when he fought Nam. He’d just won the title in his fight previous, then fought Nam at a Shooto event. Dantas went on to defend his belt twice after his defeat to Nam. He’d then lose it, before recapturing it, securing another defense in his second reign. 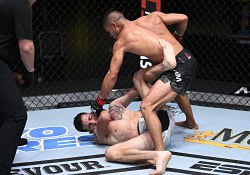 Bagautinov has gone 6-2 since leaving the UFC, with the only other defeat aside from Nam coming via five-round split decision when he challenged Zhalgas Zhumagulov for the Fight Nights Global flyweight championship.

For someone like Schnell, that’s gone 4-3 inside the octagon with all three defeats via KO, this is a very dangerous match up for him. That’s not to say his striking isn’t good, because it is, he’s an elite, well rounded fighter, but he can’t take most of his opponents harder shots it seems. 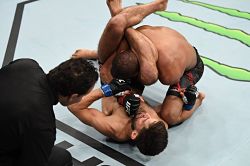 We’d think Schnell would have the advantage on the mat, where he’s finished eight of his 14 wins, but Nam’s never been submitted across his 32-fight career. It’s going to be interesting seeing how these two match up with one another.

Who wins this battle of former flyweight champions?