Looking for something to do on the biggest party night of the year, Thanksgiving Eve?  Well, if you are a mixed martial arts fan and live near Erie, Pennsylvania, Bizzarro Promotions has a card just for you.  Before you stuff your face with turkey and all the trimmings, take in a night of MMA ction to include 12 fights which includes two title bouts and one female bout.

Headlining the card and making his return to the Bayfront Brawl cage is Branden Seyler (6-4-1), taking on Jerrell Hodge (3-1).

According to Tapology, Seyler is ranked as the #8 flyweight and #10 bantamweight in Pennsylvania.

He won his first outing with Bayfront Brawl via first round submission back in May.  Seyler then jumped up to the CES MMA stage where he took on a short notice replacement in Kody Nordby and dropped a unanimous decision.

With a win this week Seyler would likely advance a spot in the state’s bantamweight rankings. 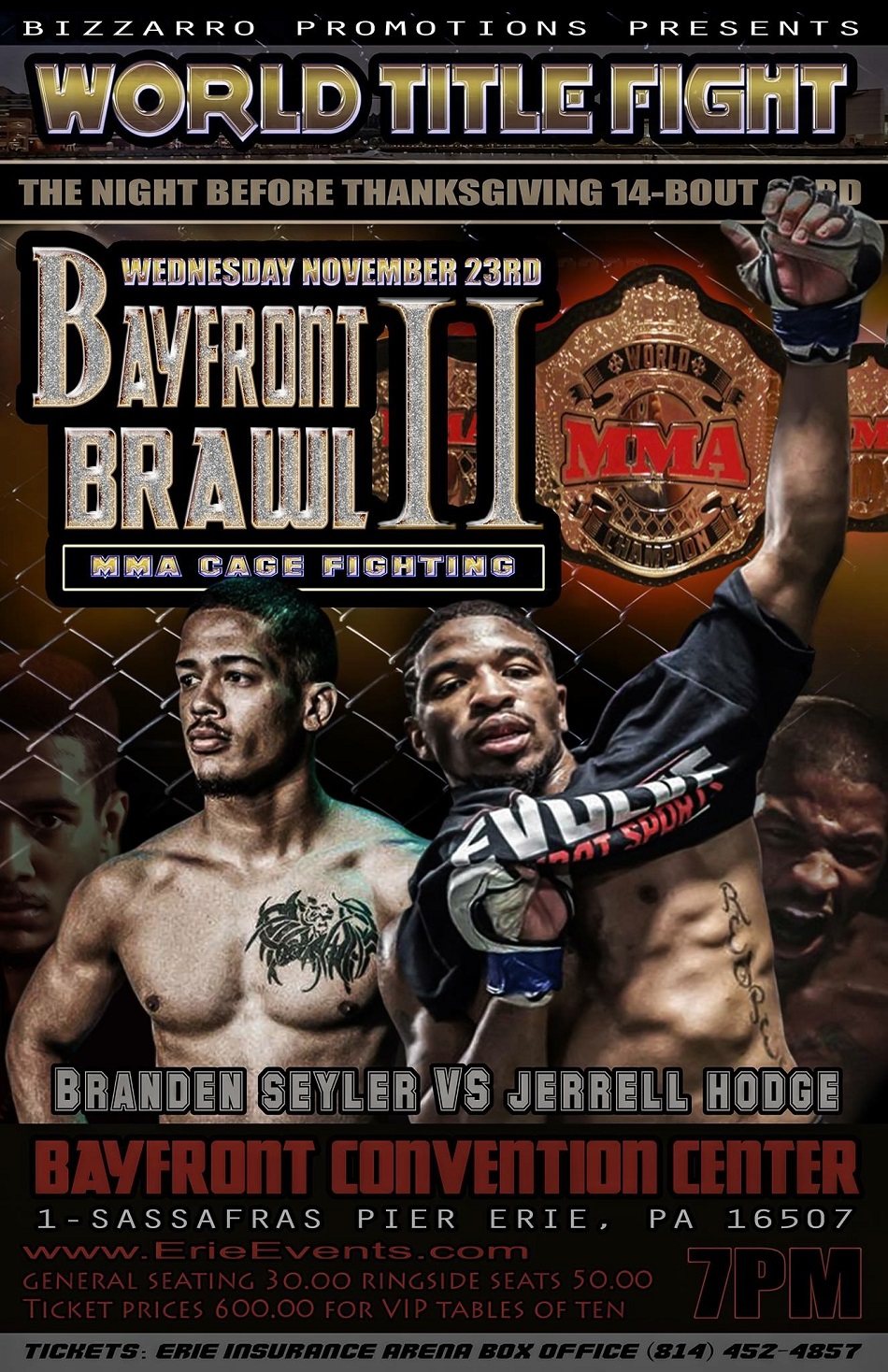 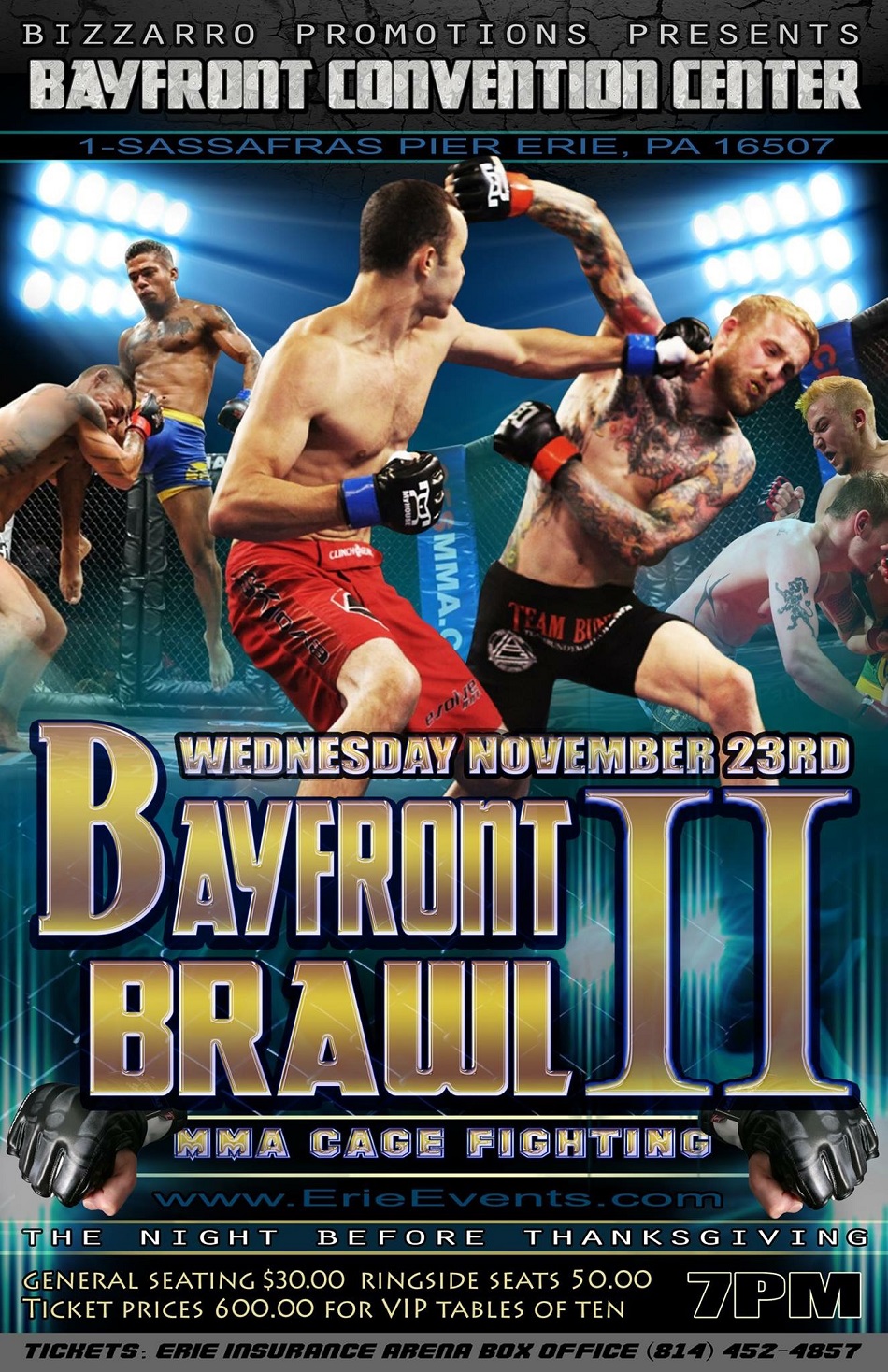 By Mike Pendleton 8 mins ago