The biggest rematch in UAE Warriors history is confirmed as Jesse Arnett (20-8) is set to defend his UAE Warriors featherweight title against rival Ali AlQaisi (12-6) in the main event of ‘UAE Warriors 33’ on Saturday, September 17 live from the Etihad Arena on Yas Island in Abu Dhabi, UAE.

Arnett won the title from AlQaisi in an exciting and heated affair at ‘UAE Warriors 30’ this past July ending ‘The Royal Fighter’s’ triple championship reign. The bout was ended via doctor stoppage due to a cut sustained by AlQaisi in the second round. Emotions ran high and tempers flared in the aftermath, however officials quickly handled the situation and both fighters immediately agreed to a rematch.

Will Arnett retain and establish himself as the UAE Warriors featherweight champion or can AlQaisi regain his status as triple champion!? The score will officially be settled on September 17, live around the world on UFC Fight Pass. 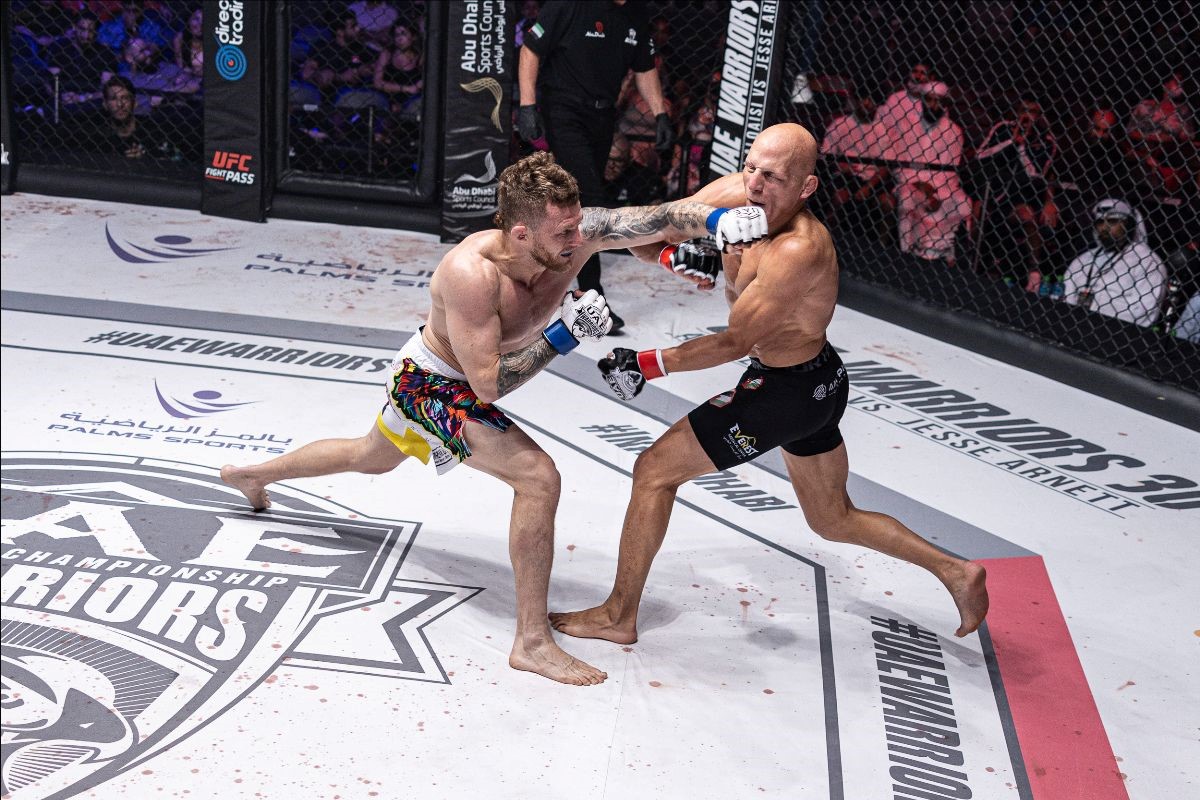 If that wasn’t enough excitement, we will see the anticipated return of the Africa series as ‘UAE Warriors 32: Africa’ takes place the night prior on Friday, September 16.

History will be made as Kevin Oumar (8-3) and Emilio Quissua (3-0) compete become the first ever UAE Warriors Africa light heavyweight champion.

Hailing from Comoros, Oumar is based out of France where has become both a sanda and kickboxing champion. The 29-year-old is on a five-fight win-streak which includes an impressive submission win over the previously undefeated Mohamed Amine in his last fight in UAE Warriors this past March.

Oumar will once again need to be on top of his game as he faces Angola’s Emilio Quissua. A former kickboxer himself, Quissua trains out of the renowned Planet Eater gym in Germany and has won all three of his professional MMA bouts since making his debut just over a year ago.

By Edward Carbajal 15 mins ago