With UFC Fight Island’s first stretch of events well past us, and into the books, let’s go over couple of major highlights that emerged from Abu Dhabi, UAE over the past one month.

Chimaev has become an overnight sensation with the whole MMA world discussing the 26 year old Swedish fighter right now! He made his debut at UFC on July 15, stepping into the octagon for the very first time, as a part of UFC Fight Night: Ige vs Kattar. He scored a stunning win over John Phillips, as a result of a second-round submission. However, his was far from any regular debut win. Although the competition level wasn’t very high, Chimaev’s performance was good enough for the spectators to realise that he’s someone special indeed, and is destined for bigger things.

Chimaev outdid Philips 124-2 in terms of total strikes, becoming the first-ever middleweight category fighter in the modern UFC history to have landed 100 strikes during the first-round itself.

Talking to the press during his post-fight interview, Chimaev said that he was keen on fighting once more within a week of that win. Although the fans took very well to his enthusiasm, no one took his intent seriously until he actually fought Rhys McKee 10 days thereafter in a welterweight fight, in a 15 pounds lighter category than in which he fought his debut match. Not only did he break the record for quickest turnaround in the history of UFC, but also the quickest turnaround between two victories.

No one had seen a more dominating MMA fight than that of Chimaev’s debut. Especially considering that one of the judges gave him a 10-7 score during the first round itself, something that is completely unheard of. Nevertheless, the Swedish resident of Russian origin delivered a stunning performance in his second fight too. It didn’t take much time for him to take McKee down, during the opening main fight at the UFC Fight Night: Till vs Whittaker, Fight Island’s final event. He destroyed his opponent with a ground-and-pound, forcing the referee to step in. Unsurprisingly, he out-landed McKee 68-0 in terms of total strikes! It goes without saying that hereafter not only will he be a huge favorite in actual UFC betting markets, but also in the virtual sports betting world. 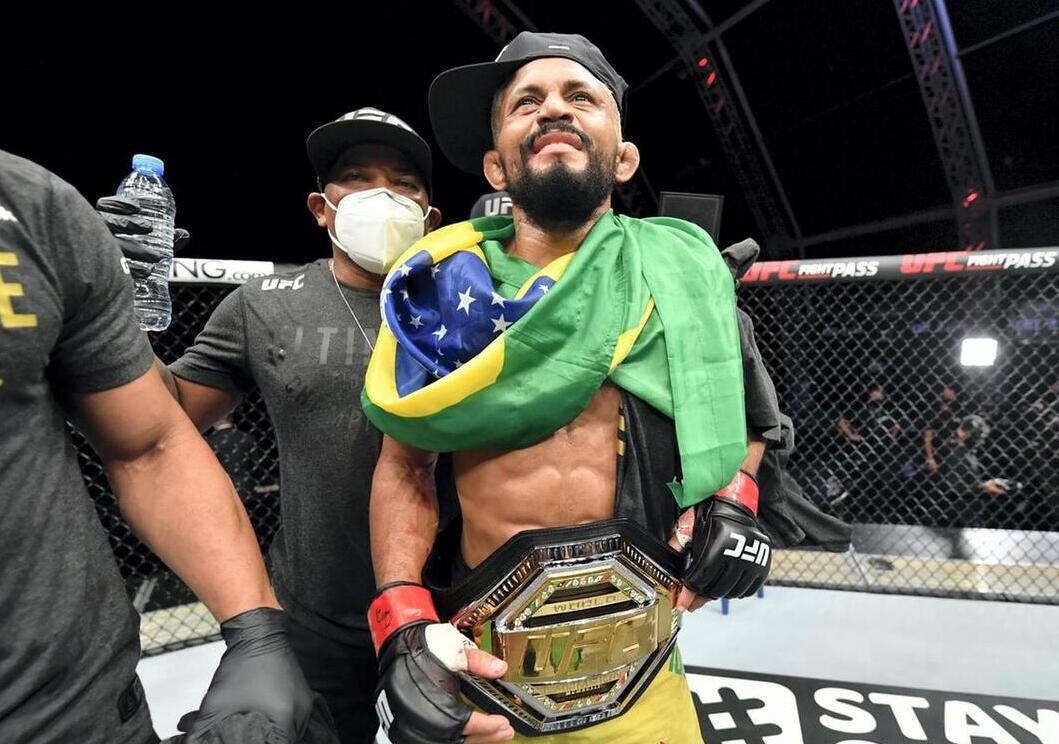 Deiveson Figueirdo lost the opportunity to score a UFC Gold earlier in February this year. The Brazilian fighter missed weight for the Joseph Benavidez title bout at UFC Norfolk, however, still scored a win through second-round TKO. There was plenty of uncertainty around that victory, especially after Benavidez’s statement that it was the accidental head clash that finished that fight.

Nevertheless, Figueirdo was provided an opportunity to right that wrong, also because there wasn’t anyone more deserving to fight for the vacant belt. He got the Benavidez fight once again on July 18 as a part of the UFC Fight Night. This time he didn’t leave any room for doubt and dominated Benavidez throughout, destroying the veteran with the help of three knockdowns, and finishing the fight with a rear-naked choke.