Two titles are on the line tomorrow night at Madison Square Garden in New York, New York. UFC 281 is headlined by a middleweight title bout between champion Israel Adesanya and challenger Alex Pereira. The two men have faced each other twice before in kickboxing with Pereira coming out victorious in both. How will “The Last Stylebender” respond to this trilogy bout with his title on the line?

In the co-main event slot, UFC women’s strawweight champion Carla Esparza defends her title for the first time since capturing it from former champion Rose Namajunas. Standing opposite “The Cookie Monster” is the challenger, and former champion Zhang Weili. Esparza is a two-time division champion with a lot at stake as many feel that she did not really earn the belt with a lackluster performance over Namajunas earlier this year.

Also on the card, an exciting matchup between Dustin Poirier and former Bellator MMA lightweight champion Michael Chandler will serve as the feature fight of the night.

Former UFC lightweight champion Frankie Edgar will ride off into the sunset in his retirement fight against red hot Chris Gutierrez.

*Spann missed the light heavyweight limit. His bout with Dominick Reyes will proceed at a catchweight with Spann forfeiting 20 percent of his purse as penalty

**Trizano missed the featherweight limit. His bout with Seung Woo Choi will proceed at a catchweight with Trizano forfeiting 20 percent of his purse as penalty

Order and watch UFC 281 by clicking the image below: 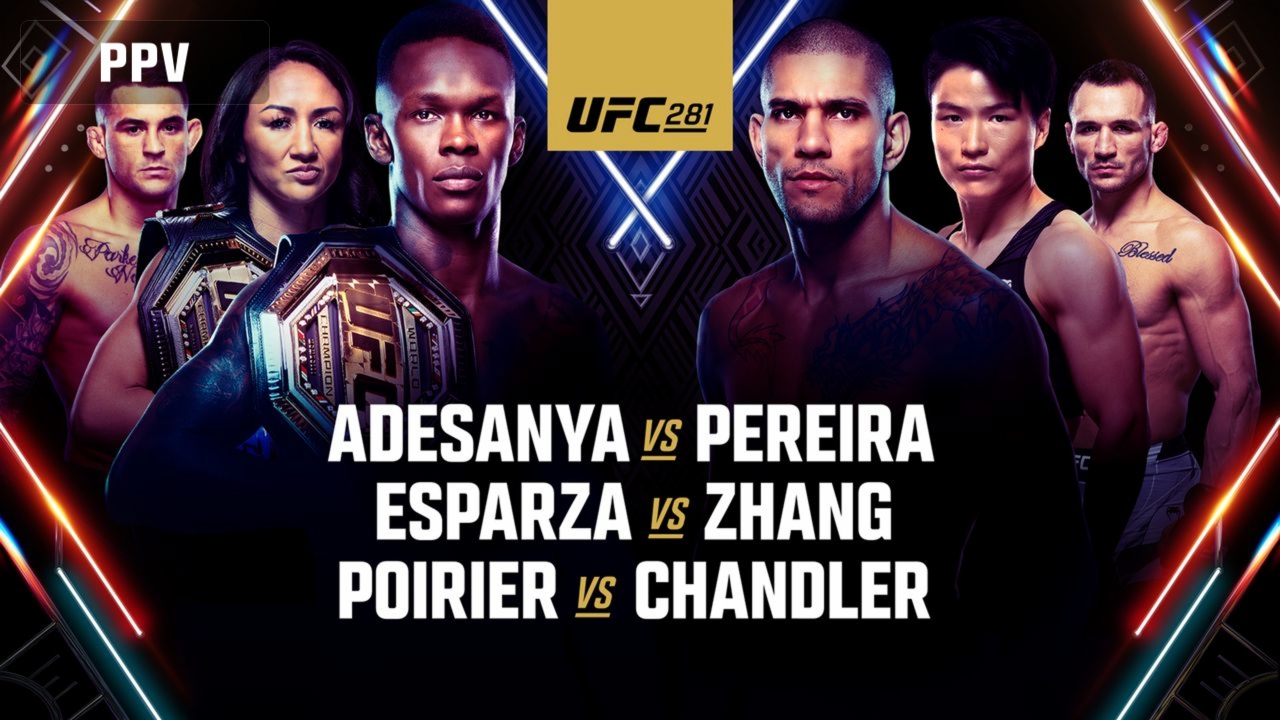