UFC on ESPN 12, this Saturday, will see Dustin Poirier enter the octagon for the first time since September. His opponent Dan Hooker is climbing up the lightweight rankings and poses threat. Can Poirier bounce back from title loss to Khabib Nurmagomedov? 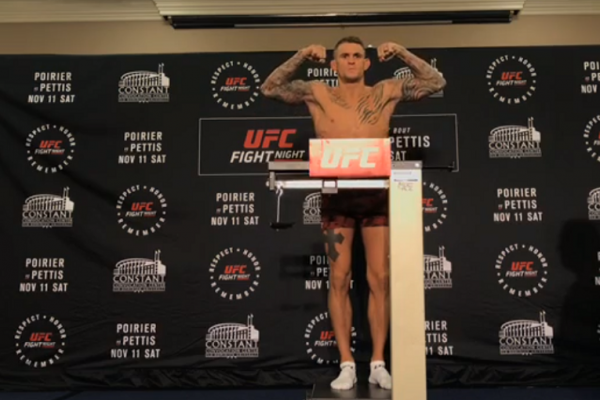 Dustin Poirier has been among the best lightweights of recent years. His 10-fight win streak was derailed however when he met Khabib Nurmagomedov in September in Abu Dhabi. A fight streak that he’s kept since his loss to Conor McGregor back in 2014.  “The Diamond” did enjoy success at the beginning of 2019 however. He overcame then-featherweight champion Max Halloway to claim the interim lightweight strap. His impressive performance confirmed he is among the best strikers in a talented division.

Poirier’s UFC career dates back to 2011, where he originally competed at featherweight. Going 4-0 in his opening fights, he has enjoyed a large deal of success since joining the organisation. In the UFC, his record is 18-4 and as a professional mixed martial artist 25-6. 19 of his victories coming from a stoppage, 13 knockouts and 6 submissions. Certainly not a boring fighter, the American has achieved six fight of the night bonuses as well as three performance of the night awards.

His fantastic boxing skills are evident in his statistics. With six first round finishes in the UFC, there’s no starting slow for “The Diamond.” His pristine striking is comparable to the best boxing skills in the organisation. Dustin is also more than a one trick pony. With a black belt in Brazilian Jui-jitsu, it’s not hard to see where Poirier’s submission wins come from. Fighting out of Florida, he now trains at American Top Team. ATT has a host of world class training partners for Poirier. Tyron Woodley, Jorge Masvidal and Amanda Nunes are just some of the elite training in Coconut Creek.

Dustin Poirier is looking to bounce back from his title heartbreak. A win on Saturday would remind the world he is still a top contender in the Lightweight division. Can he derail Dan Hooker’s lightweight-ranking ascent?

By Mary Hartman 3 mins ago