UFC on ESPN 12, this Saturday, will see Dan Hooker face off against fellow lightweight contender Dustin Poirier. Coming off the back of a decision win versus Paul Felder, New Zealand native Hooker looks to continue his ascent to the top of the lightweight rankings. 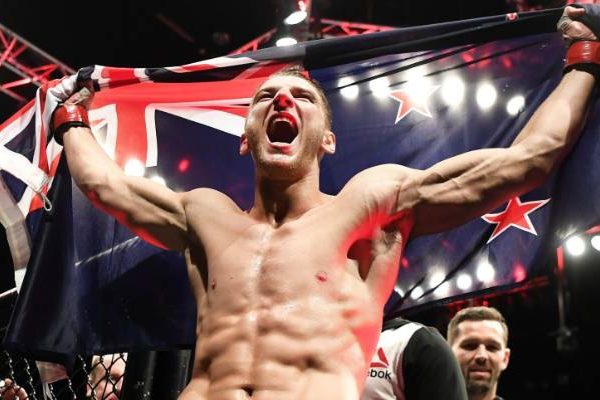 At 30-years-old, Hooker is seemingly at the peak of his career. “Hangman” Hooker began his UFC career back in June 2014. Finishing Ian Entwistle in the opening round of a featherweight bout. Suffering back to back loses following his debut, Hooker’s UFC record now stands at 8-4. With an overall professional record of 21-8. Hooker’s rapid ascent of the UFC is courtesy of a good run of form. 6-1 in his last seven fights, only tasting defeat via a KO finish from Edson Barboza in December 2018.

Dan Hooker fights out of Auckland NZ. More notably training at City Kickboxing, a gym with a few notable students. Middleweight champion Isreal Adesanya and Featherweight champion Alexander Volkanovski were leading figures in City Kickboxing’s outstanding 2019. Top class training partners as well as one of the best coaches ion the last year in Eugene Bareman, City Kickboxing fighters should not be underestimated.

Utilizing his size and strength, Hooker has the ability to finish the fight in an instant. With head kicks, punch and knee finishes under his belt, he’s hard to deem predictable. Rather he’s fighting on the outside using his range or pushing aggressively, Hooker always offers a threat. He has also displayed tremendous strength when finding himself in a clinch or defending a takedown (77% takedown defense). His height (6ft) and his big build prove to be an important factor for his success in the lightweight division.

Currently sitting as the number 5 ranked lightweight, a win over Dustin Poirier (#3 ranked) on Saturday could see him enter the discussion for a title shot. Or potentially setting up a big number one contender bout against the likes of Tony Ferguson or Conor McGregor.