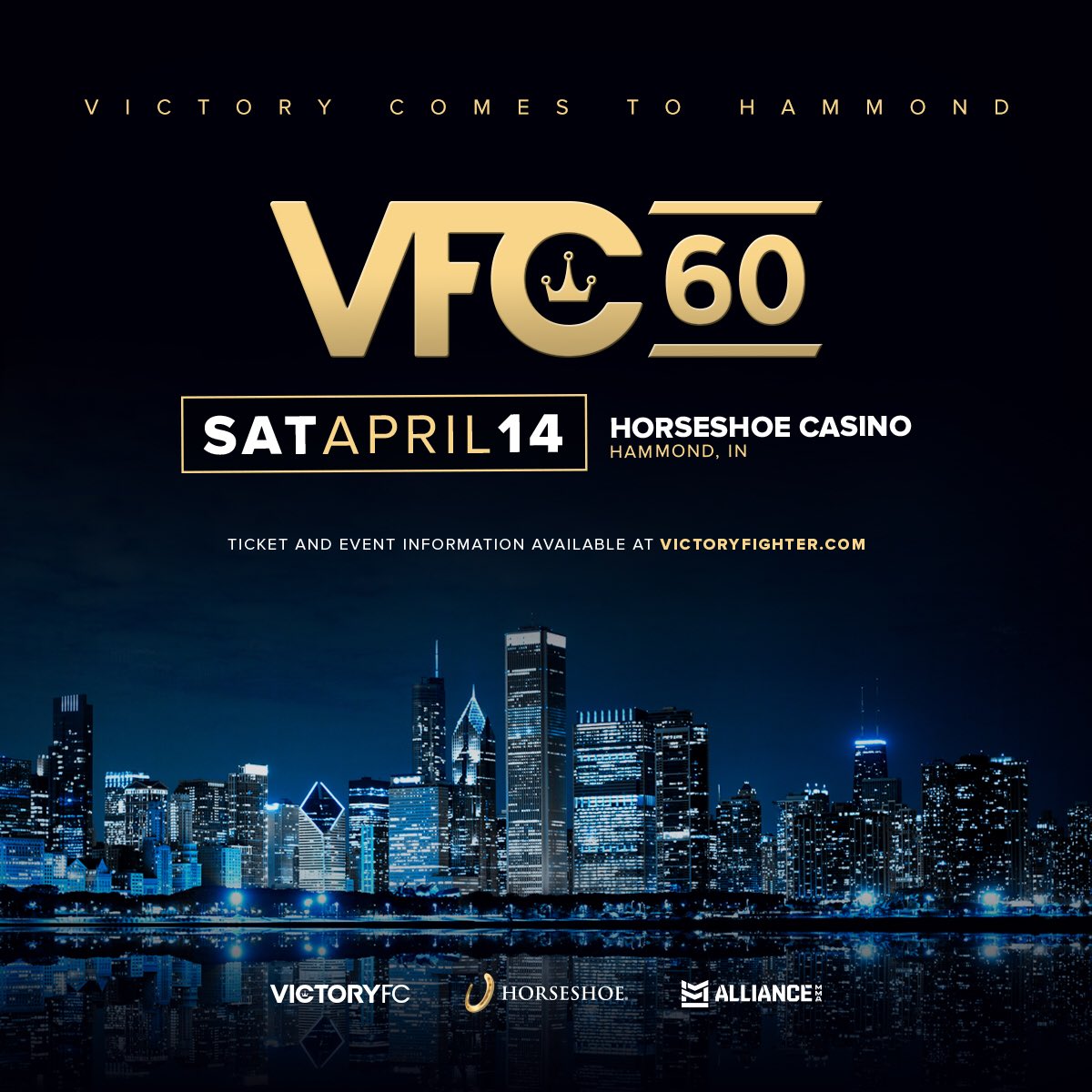 Victory Fighting Championship will make its 2018 debut on UFC FIGHT PASS® with VFC 60 on Saturday, April 14.
VFC’s first major show of the year will take place at the Horseshoe Casino located just outside Chicago in Hammond, Indiana. This fight card is also special as for the first time Victory Fighting Championship partners with fellow Alliance MMA company Hoosier Fight Club for the event.

Like Victory Fighting Championship, Hoosier Fight Club has been a fixture on the Midwest regional scene and has showcased several notables over the past nine years including current UFC standouts Darren Elkins, Neil Magny, and Felice Herrig.

The lineup for VFC 60 will be announced shortly.

Tickets on sale Monday March 12th at Ticketmaster.com and Cagetix.com/VFC.

Victory Fighting Championship is the premier mixed martial arts organization in the Midwest. Headquartered in Omaha, Nebraska, Victory has provided its’ thousands of fans with high-quality, competitive, and entertaining fights since 2002. A catalyst for success, Victory has launched the careers of numerous elite fighters such as former UFC lightweight champion Benson Henderson, Spencer Fisher, Jorge Gurgel, Josh Neer, Kevin Burns, Jake Ellenberger, Jason Brilz, Anthony Smith, Justin Salas, Nick Mamalis, Rob Kimmons, Chris Camozzi, John Halverson, Abe Wagner and Travis Browne. These Victory fighters have made their way to the largest, most competitive stages across the United States including the bright lights of the UFC. As an institution that continues to grow, thrive and gain strong, consistent momentum, Victory Fighting Championship presents fights at the region’s top venues and in front of the best crowds. Bright Lights, Big Fights. For more information, visit victoryfighter.com and follow Victory Fighting Championship at Facebook.com/victoryfighting, Twitter and Instagram @victoryfighting, and YouTube.com/victoryfighting.