A welterweight matchup between Andreeas “Judoka” Binder (4-1, 1 NC) and Raimundas Krilavičius (6-2-1) has been added to the Superior Challenge 24 card, which is scheduled to take place on Saturday 5th February 2022 at the Annexet arena in Stockholm. MyMMANews confirmed the matchup with multiple sources. 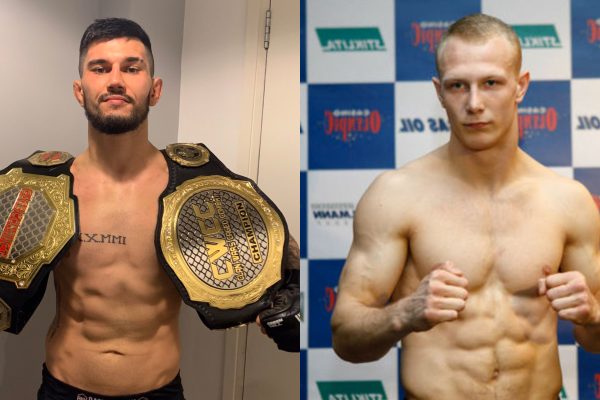 Fighting out of Owen Roddy’s SBG Charlestown, Andreeas Binder has been lighting up the Irish MMA scene as of late. The 25-year-old Romanian-born Galwegian has won 4 fights on the bounce, finishing 3 via KO and 1 via submission en route to winning both Cage Conflict and Clan Wars welterweight titles, successfully defending the former. The only man to defeat former Cage Warriors champion and now UFC fighter Ian Garry, Binder is proving himself a force to be reckoned with in Ireland, and will now look to make his mark on the European stage when he travels to Sweden.

Standing in Binder’s way, Lithuanian Raimundas Krilavičius will be looking to make a statement of his own. Training out of Sparta Fight Gym in Vilnius, Krilavičius is undefeated since 2018. After a 2-2 start to his pro career, the 25-year-old fighter hasn’t lost since, scoring three submission wins, a victorious decision, and a lone draw in his last 5 fights. Krilavičius will make his second cage walk under the Superior Challenge promotional banner when he faces Binder in Febuary, most recently defeating Moraad Moreno (3-1) on the Swedish promotion’s most recent show in September.

The event will be broadcast live on Viaplay in Sweden, Norway, Finland, Denmark, Iceland, Estonia, Latvia, Lithuania, Poland, and the Netherlands, TV10 in Sweden, and FITE globally.