CES MMA will celebrate their 50 event, June 15 at the Twin River Casino in Lincoln, Rhode Island. CES originated with boxing in 1987, which it still does to this day. The promotion started when Jimmy Burchfield Sr., who owned The Classic Restaurant that was one of the most famous restaurants in Providence, R.I.. There celebrities such as Muhammad Ali and Sugar Ray Leonard would make appearances. Burchfield became an advisor to Leonard and eventually got tired of seeing promotors rip fighters off and he thought he could do it better.

“He really, really fell in love with boxing and became an international boxing judge,” said CES MMA matchmaker Pat Sullivan. “And then I think he just realized you know what, I could do it better than all these other promoter can. He was seeing fighters get ripped off, he was seeing promotors doing shady stuff for the fans. That’s not him, he wasn’t raised to cheat people. So he became a promoter and he did his first show 25 years ago.”

Burchfield decided he wanted to start the mixed martial arts side of the business in 2010 when MMA started to get regulated in Rhode Island. He made Pat Sullivan, who had previously worked in tickets, marketing and produced video highlights for CES Boxing, the matchmaker for the organization. The first event was held on September 17, 2010 featuring Mango Almeida vs. Mike Campbell as the main event.

Since then, CES MMA has signed a contract with AXS TV (2014) and has sent numerous fighters to the UFC and Bellator. Some of those fighters include, Manny Bermudez, Andre Soukhamthath, Matt Bessette, Calvin Kattar and Rob Font.

CES MMA has mainly stayed in Rhode Island, which has allowed them to build a loyal fan base and even sell season tickets, which is unheard of in MMA. They have expanded outside the Ocean State, having had shows in Connecticut, Massachusetts and most recently, New York. Sullivan said they will continue to have the majority of their events at Twin River Casino, which they consider their home base but will are looking to have fights in places such as New York.

“We’re excited to continue to grow.”

With CES 50 being a monumental event, Sullivan and his team stepped back and tried to figure out how to make the event special. They decided that having Dinis “Sweetbread” Paiva headline his first event was the right choice. Paiva is from East Providence, R.I. and has fought all of his professional bouts for CES. This all added up for Sullivan, making it obvious this was the right choice.

“What we wanted to do is celebrate the past and the present and having Dinis Paiva headline for the first time ever means a lot to the promotion because Dinis has been with us even before he was a pro. His last amateur fight was on the only pro/am card we ever did at Foxwoods which was our second show.”

“We wanted to make sure it was a special one and it was really no other way to do a special event than have Dinis fight for a title.”

“Sweetbread” will be the hometown favorite, there is no question about that. However, he is facing a tough opponent in Andre “Afro Monkey” Ewell who is making the trip to New England from California. Sullivan explains, this will be an extremely tough test for both fighters.

“Whoever wins that title will be winning a world title and be celebrating with it, I’m excited.”

Paiva and Ewell both have had impressive careers so far, Paiva is 11-6 and recently defeated Kevin Barberena at CES 48. Ewell last competed at LFA 36 and defeated Trent Meaux by KO/TKO in the first round.

Though the main event is being highly anticipated, the rest of the CES card features eight undefeated fighters, two women’s MMA fights and many hometown favorites.

For Sullivan, it’s hard to choose favorites as he put each fight together, but he did choose Maria Rivera (2-0) vs. Mallory Martin (3-2) as his must underrated fight on the card. The undefeated Rivera is making her return to the cage after over a year off because of injuries and Martin is making her CES debut, coming down from Colorado. Martin recently won by finish at LFA.

“Fans around the country haven’t seen enough of Maria Rivera and what she is capable of. She is a world champion in Tae Kwon Do, she’s obviously a black belt, she’s a hell of a fighter and a really, really good kid. And someone that we have big plans for. It’s just bad luck with injuries on her end, injuries on her opponent’s end where she hasn’t been able to consistently get in the cage but we’ve been targeting this date for her to get back. Mallory Martin who is from Colorado, she is a name people will know.”

“It’s a fight, where it’s going to be exciting from the first bell to the last. And I think the fans maybe are saying that’s exciting and I’m looking forward to it but not realizing how great of a fight will be.”

There will also be title implications on this card, Jeremiah Wells (4-1) will face Jon Manly in a welterweight matchup that Sullivan is considering a title eliminator. Chris Curtis, who is the current welterweight champion relinquished his belt when he competed on Dana White’s Tuesday Night Contender Series. The winner of that fight will more than likely face Matt Secor who was victorious at CES NY in May.

Despite all the success of CES in the cage and on TV, the proudest moment Sullivan has of his time with CES MMA and Boxing involves a young kid named Dorian Murray who passed away two years ago.  Sullivan through his charity work learned of Dorian’s diagnosis of terminal cancer and his dream of becoming famous. CES invited him to an event and helped him live his dream.

“Throughout the 50 shows we’ve done, some one asked me the other day, my favorite moment, my favorite fight or whatever and its hands down, its not a specific moment but it’s the love and support for my buddy Dorian when he was sick. In his last couple of months when we had him sit ringside, and it wasn’t even just him being there and seeing him smile. It was seeing  how much love that our fans and our friends had for a stranger. They didn’t know him, they knew of him, they knew his face, they knew his smile. But when he would walk into the arena he was the most popular person in the room. He could’ve walked out of the room and everyone would’ve followed him. He was just such an amazing personality. To have someone like him come and be a part of our team and show the entire world what love is all about.”

In memory and honor of our lifetime champion, Dorian Murray. Created by Mike Bickings for CES MMA

“Chris Curtis won the title for the first time, it was his very first world title fight, he grabbed the belt and ran out of the cage and gave the belt to Dorian. That’s how much this kid meant to, not just to me, not just to CES, not to Rhode Island but to the whole fight world.  When he got so sick and he wanted to be famous, he told his father he wanted to be famous in China, while we were working on getting that, I called every fighter that I knew. I said, I don’t know if we’re going to get to China today but we’re going to get to China but in the meantime, I want every fighter that’s ever come to CES to show love to Dorian. Every single fighter did it without even questioning it. They all sent me pictures, they all sent me videos, they were sending autographs, t-shirts and everything. It was just, he’s part of our community and he’s hurting and we can make him smile by sending him a picture or a text or whatever we’ll do it. To be a part of that movement and see how the whole MMA community wrapped around their arms around this sick kid who wasn’t even an MMA fighter, really showed a lot to me about what MMA is all about.”

To learn more about the fighters, read/watch these interviews done ahead of CES 50

(Video interviews by James Lynch and articles by Doug Geller)

Preliminary card (not on AXS TV) 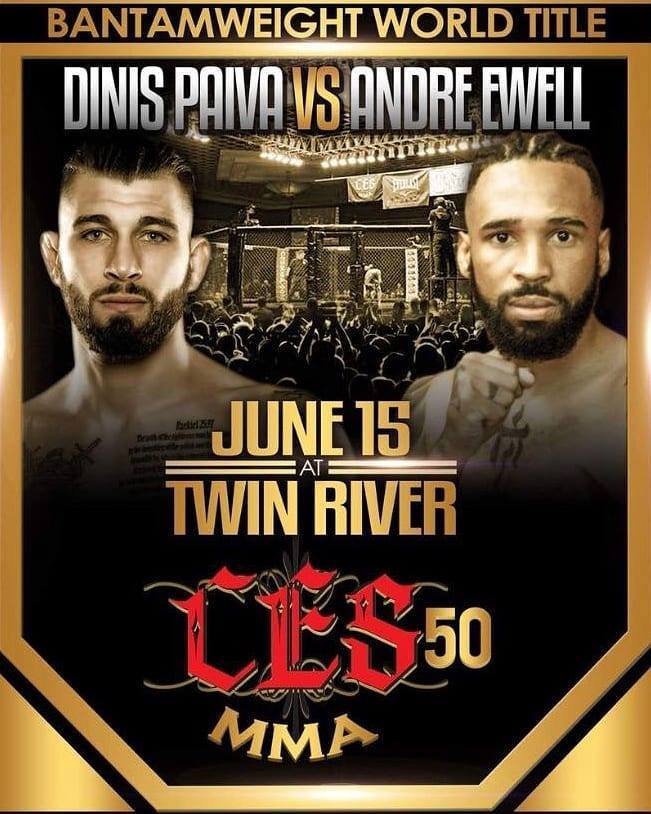