The 17th Eddie Bravo Invatational  will feature sixteen of the best 185 lbers in the world battling for the EBI Middleweight Combat Jiu-Jitsu belt in Burbank, California. EBI 17 will take place at MusclePharm HQ on Saturday, September 29th, 2018. We will have all the live coverage here for this monumental event.

Kyle Chambers defeated Felip Fogolin in overtime by a kimura.

Kyle Boehm defeated Joe Baize by tko due to injury. 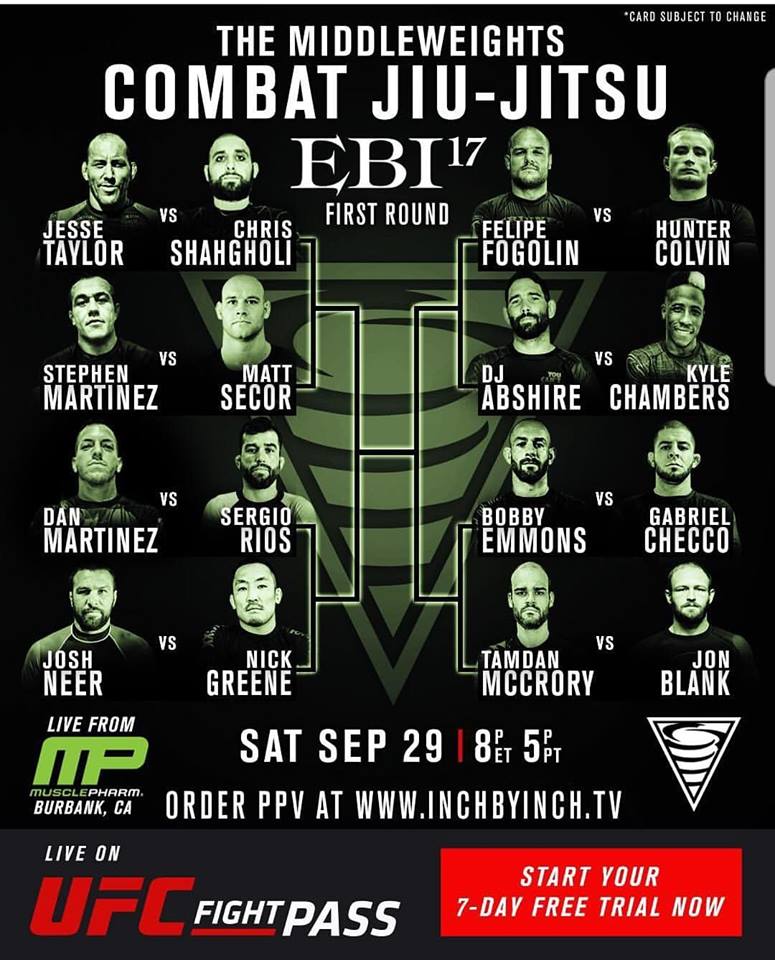 By Mike Pendleton 5 days ago

By Edward Carbajal 6 days ago