ESPN Africa Boxing is back, and the 18th instalment promises to be the most exciting of the year yet. Although the undercard bouts have not been confirmed, the main card has been revealed and many within the industry are calling it the best that the ESPN Africa Boxing series has witnessed.

The ESPN Africa Boxing 17 event last month had quite a few last-minute changes but the show still delivered on it’s promise of high-intensity action. In the main event, Sibusiso Zingange was set to have his first defence of the SA Junior Lightweight Championship but, following a dislocated shoulder injury at the end of the ninth round, the champion could not answer the referee’s call for the tenth round. This ultimately saw the crowning of Lunga Sitemela as the new SA Junior Lightweight Champion.

For the month of June, ESPN promises it’s most exciting card yet. In the co-main event of the evening, it’s 10 rounds in the Welterweight division as South Africa’s Thulani Mbenge (18-1-0) takes on the highly-experienced Idd Pialari (30-7-1) of Tanzania. The main event will see a new IBF International Junior Middleweight champion as the DRC’s Emmany Kalombo (15-1-0) goes up against Kenya’s undefeated Rayton Okwiri (7-0-1) for the vacant championship. 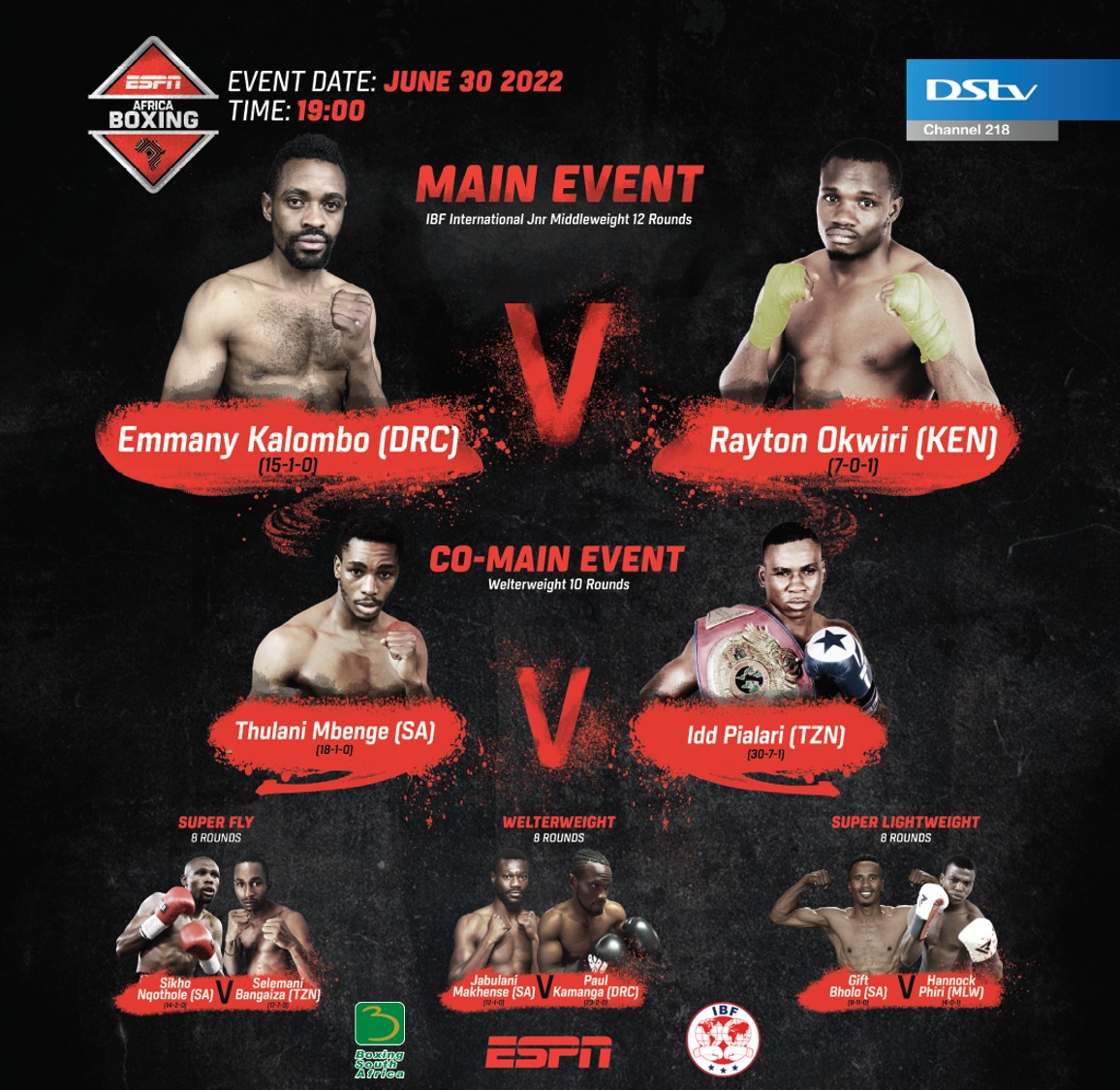